‘Once upon a time, there was a king’ 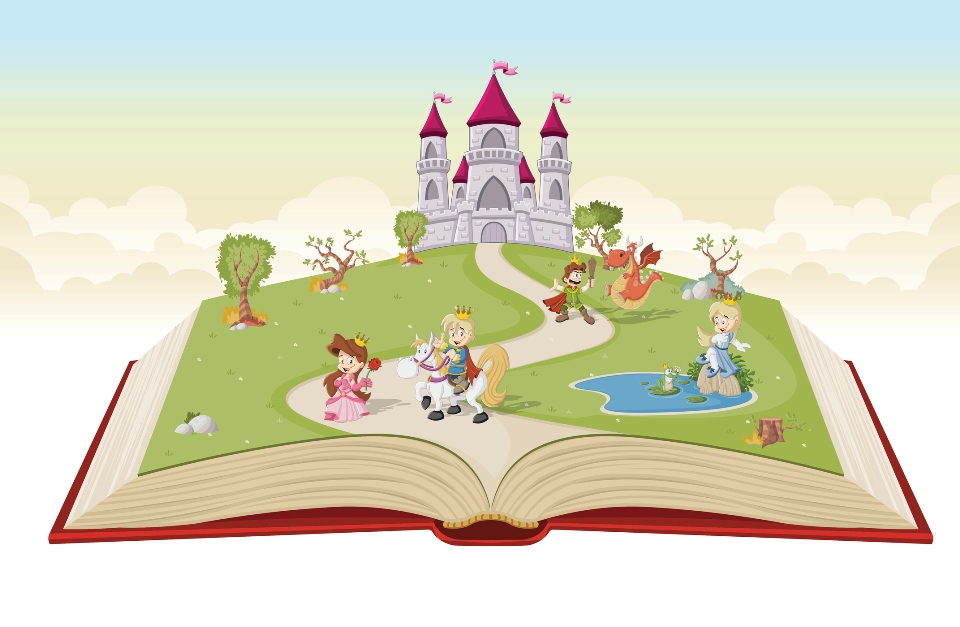 I was least interested in knowing the details of the king that existed once upon a time. His name, the location of his kingdom, and the other trivia simply did not matter.

Growing up as a child, the fondest memory that I have is of the journeys that I would make from this physical world to the world of immense possibilities.

We would visit our Mama Ghar (maternal uncle’s house) every year and without fail each evening, I would slide myself into the quilt of my Nani (maternal grandmother) for a bed time story. While the closed space created by the four posts of the mosquito net in itself was mesmerizing and would unleash varied imaginations, entering the net—making myself as small as possible, such that besides me not even the tiniest living thing entered—was a big challenge. She was very particular about this and perhaps this was also our unspoken rule of engagement.

My Nani was hardly educated, yet she was an adept story teller. The best, I have known in my life. Her stories would be mostly of fairy tales and distant lands. The broader plot without fail would include magnificent kingdoms and brave kings, beautiful princesses and an adorable prince, powerful demons and a larger than life challenge that threatened the existence of the place and needed to be resolved for the continuity of life.

She was not a minimalist and believed in making her stories vivid and alive. She would take her time and work hard to build the plot, in providing descriptions and painting her characters. Her canvas would always be big and colorful and I would quickly become mesmerized by the beauty of the place and people. The beautiful princesses in her stories were simply irresistible to me, and she would continue to narrate, I also started to develop skills to simultaneously exist both in the physical and her imaginary world for my own tryst—mostly with the princess. I had started to learn to imagine, initiate conversations, and even win and seduce beautiful princesses.

Her stories were more than artistic portrayal of a plot in some imaginary world. They were also astonishing pieces of wisdom carefully crafted to leave behind a lasting impression in me on some moral values of life. And even how to lead life itself. Without fail, after introducing her plot and characters, and magnificently painting the canvas, she would introduce an extraordinary challenge of life that threatened the existence of the place.

The prince was required to prove his worth and be the savior and overcome the difficulties. And he would overcome them with little resources, more wisdom, perseverance and hard work saving the kingdom, creating happiness and everlasting peace, and winning the most beautiful princess. There was always a reward in her stories. The prince and princesses would go on to live in bliss till eternity.

Without exception, she would always start her stories with the words 'Once upon a time there was a king'. And, when she did, my imagination and emotions would be ready to take the flight of fancy, my heart would start to race. I was least interested in knowing the details of the king that existed once upon a time. His name, the location of his kingdom, and the other trivia simply did not matter. I would wholeheartedly accept her universal truth that ‘once upon a time there was a king’ and yearn to listen to the bigger plot. I would be ready for my transformation to be that prince of the story, to become the savior and the tryst with the beautiful princess.

The current times are different. The stories are different. With information technologies enabling information at the fingertip, when a young mind hears such an opening that once upon a time there was a king, he is not content and wants to know more about the king and the kingdom. Our young minds are not groomed to accept any indefinites and thus the legendary veil surrounding the opening succumbs at the first instance itself. Any attempt to ward him off from this detour to focus on the bigger story makes him both critical and suspicious.

And in respect of a young little girl, one also does not want to run into the question as to why the savior is always a prince? Princess also needs to be burdened with the challenge to save a kingdom and a society. In the process, eventually the bigger plot starts to delude. The focus starts to become different.

I remember and recognize that my Nani was least interested in my studies. She never questioned my performance. It simply did not bother her. She was in a different journey: one that was not of knowledge, but of imparting life skills and building a character.

Through her stories, she wanted to impart moral values, wisdom and essential life skills, importantly self-belief, hard work, patience and perseverance in me. I realize that was typical of that generation. And thus values such as self-esteem, reputation, respect, compassion, patriotism flourished in those days. Families and societies remained grounded yet liberated. Imagination and love found its way in epics, monuments, writing and glories that we find scattered all around us.

But then who wants to remain stuck to the virtues of an old era? This is now, and this is us.

The author is the Joint Administrator of Employees Provident Fund

Sometimes fairy tales are from heavens

You know you matter Either to me or to some others Your presence is all I appreciate That makes me... Read More...

What’s the rudest experience you have ever had?

Stick and stones may break my bones but words will never hurt me. Or so we like saying. But there... Read More...

To Modi, with memories

What PM Modi will do and say during the visit will largely determine how Nepal and Nepalis will cope with... Read More...