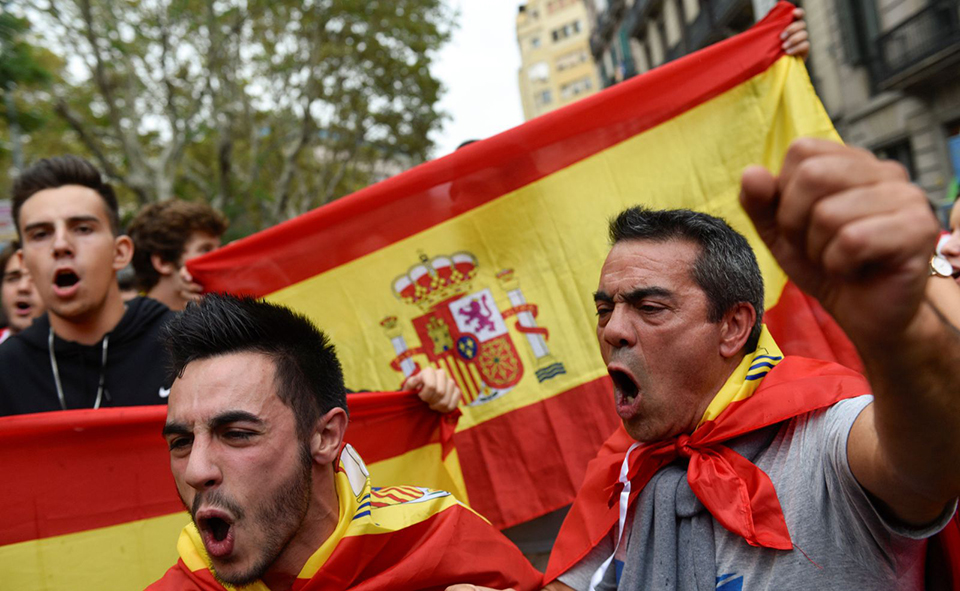 Treating self-determination as a primary rather than secondary moral principle could have terrible results.

CAMBRIDGE: Last week, Kurds in northern Iraq voted overwhelmingly in favor of independence for the country’s Kurdistan Region. With some 30 million Kurds divided among four states (Iraq, Turkey, Syria, Iran), nationalists argue that they deserve the world’s recognition. In Spain, some 7.5 million Catalans have raised the same question.

Does it matter that polls show Catalans, unlike Kurds, to be closely divided on the issue?

Does it matter that the states bordering Iraqi Kurdistan might use force to resist secession?

National self-determination, the principle that US President Woodrow Wilson put on the international agenda in 1918, is generally defined as the right of a people to form its own state. But who is the “self” that makes this determination?

Consider Somalia, whose people, unlike those of most other newly independent African states, had roughly the same linguistic and ethnic background. Neighboring Kenya was formed by colonial rule from dozens of peoples or tribes. Somalia claimed that the self-determination principle should allow Somalis in northeastern Kenya and southern Ethiopia to secede. Kenya and Ethiopia refused, resulting in a number of regional wars over the Somali national question.

The ironic sequel was that Somalia itself later fragmented in a civil war among its clans and warlord leaders. Today, its northern region, Somaliland, exists as a de facto independent state, though it lacks international recognition or United Nations membership.

There is also the question of when one votes? In the 1960s, the Somalis wanted to vote immediately; Kenya wanted to wait 40 or 50 years while it reshaped tribal allegiances and forged a Kenyan identity.

Another problem is how one weighs the interests of those left behind. Does secession harm them, by taking resources away or causing other disruption? Iraqi Kurdistan holds significant oil reserves, and Catalonia is estimated to account for a fifth of Spain’s GDP. Spain’s government argues that the independence vote in Catalonia is illegal under the Spanish constitution.

History is not encouraging. After the Habsburg Empire was dismantled in 1918, the Sudetenland was incorporated into Czechoslovakia, even though most people there spoke German. After the agreement reached in Munich with Adolf Hitler in 1938, the Sudeten Germans seceded from Czechoslovakia and joined Germany. But the loss of the mountainous frontier where they lived was a terrible setback for Czech defenses. Was it right to allow self-determination for the Sudeten Germans, even if it meant stripping Czechoslovakia (which Germany dismembered six months later) of its military defenses?
To take another African example, when the people of eastern Nigeria decided to secede and form the state of Biafra in the 1960s, other Nigerians resisted, in part because Biafra included most of Nigeria’s oil. They argued that the oil belonged to all the people of Nigeria, not just the eastern area.

After the Cold War ended, self-determination became an acute issue in Eastern Europe and the former Soviet Union. In the Caucasus, Azeris, Armenians, Georgians, Abkhazians, and Chechens all demanded states of their own.

In Yugoslavia, Slovenes, Serbs, and Croats managed to carve out independent republics, but the Muslims in Bosnia-Herzegovina were less successful and were subjected to a campaign of “ethnic cleansing” by both Croatian and Serb forces.

In 1995, a NATO peacekeeping force was sent to the troubled area, but when NATO intervened militarily in Kosovo in 1999, Russia backed Serbia’s objections to secession, and Kosovo has still not been admitted to the UN. In turn, Russia invoked self-determination to support Abkhazia’s secession from Georgia in 2008, and its invasion and annexation of Crimea in 2014.

Self-determination turns out to be an ambiguous moral principle. Wilson thought it would bring stability to Central Europe; instead, Hitler used the principle to undermine the region’s fragile new states in the 1930s.

The lesson remains valid today. Given that less than 10 percent of the world’s states are homogeneous, treating self-determination as a primary rather than secondary moral principle could have disastrous consequences in many parts of the world. Indeed, hostile ethnic groups are often mixed like a marble cake, rather than neatly separable like a layer cake. That makes partition difficult, as India discovered in 1947. Perhaps that is why only a few new states have been admitted to the UN in this century. After it seceded from Sudan, ethnic turmoil inside South Sudan continued, practically unabated.

The best hope for the future is to ask what is being determined as well as who determines it. In cases where groups cohabit a state uneasily, it may be possible to allow a degree of autonomy in the determination of internal affairs. Countries like Switzerland or Belgium provide considerable cultural, economic, and political autonomy to their constitutive groups.

Where autonomy is not enough, it may be possible to arrange an amicable divorce, as when Czechoslovakia peacefully divided into two sovereign countries. But absolute demands for self-determination are more likely to become a source of violence, which is why they must be handled extremely carefully. Before invoking self-determination as a moral principle, one must heed the diplomatic version of the Hippocratic Oath: Primum nonnocere (first, do no harm).

Madheshi Morcha leaders echo CK Raut on several fronts, with only slight variances in their tone and phraseology ... Read More...