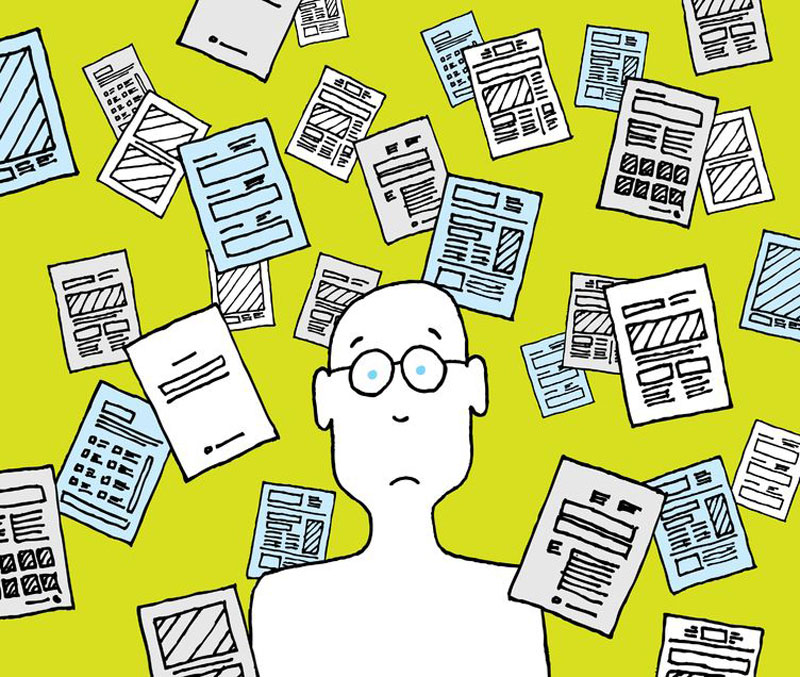 Our media are at crossroads and absence of timely analyses of trends and developments makes the scene rather chaotic
In my previous column I examined how, historically, evidence-based media analysis is largely missing in Nepal. Scholarly, professional, personal and emerging new media efforts have helped to widen the field, but our approach remains haphazard.

The article prompted some direct responses from readers. A gentleman asked why I had omitted the names of some media critics. Another wondered if I would be writing on media writing in the regional and local context, including the Nepali or vernacular press. Yet another asserted that my analysis was not hard-hitting enough.

The most interesting of the responses: a journalist writing about journalism runs the risk of painting a rosy picture of the institution he writes for.

Well, a column is not a dissertation to be so comprehensive so as to cover everything.

The popular bylines I presented in my articles were there as examples. We got to start some place to discuss this topic, and seriously, I am all for regional or local contexts as well as other national languages of various hues. As for not being acerbic enough, I would rather emphasize facts over polemics.

On professional integrity, I can only lay bare my biases. Let it be known that a column is not the official editorial voice of the newspaper. Unlike a staff writer or a reporter, a columnist is free from the burden of assigned topics. And I am not obligated to paint any rosy picture of the institution I write for.

The last response speaks of the complexity of media criticism in our context. It reminds me of an individual who commented on an online news article sometime back urging “journalists like Madan Krishna Shrestha and Hari Bansha Acharya” to better get their acts together! This reveals the level of media literacy among some of our readers. In the media machine of mass culture, and often in the eyes of laypersons, anybody who frequently appears in the media—be it a celebrity, a source, a commenter, or a talking head—is a media person!

Without a clear understanding of the roles of varied media workers, criticism could be off the mark. Speculations and misplaced snarks characterize many such comments of impetuous posters. Our disregard for reason or evidence that helps make valid assessments reflects our culture of hearsay, as Rishikesh Shah pointed out long ago.

And yet, we cannot dismiss critics from outside of the media, for historically, they are the ones who have, at least in the West, helped to keep the torch of criticism ablaze. Tom Goldstein acknowledges in his edited volume, Killing the Messenger: 100 Years of Media Criticism (2007), that “much of the enduring criticism of the press comes from those who are not of the press but outside it”.

In Nepal, too, outsiders, who include politicians, teachers, artists, other professionals and end-users of media, could be bolder and more penetrating in their criticism than the press itself. But their critiques, in the form of repartees, aphorisms, conversations, speeches, reports, essays, etc are often too scattered or undocumented for them to be used as meaningful references.

And even the best of media critics, including regular media writers from the press itself, are seldom heard or acknowledged for their work. Their meta-media efforts remain isolated from the larger public, the ultimate users of media. What keeps them going, and going where? During the past couple of weeks, I was able to gather some first-hand observations by some of our media writers.

Motivations to write about the media include a desire to improve the quality of public life, to create historical knowledge on media, to build capacity of journalists and to watch the watchdogs. Pratyoush Onta, for instance, saw journalistic media as being an important aspect of public life. He sought to understand it and “possibly improve” its quality. The desire to produce history, especially of radio and print, also motivated him.

The belief that good media helps society to better itself and that media has the space to improve encourages Ujjwal Acharya to write on this subject.  The incentive to start mediakurakani.com for Rabi Raj Baral came from the need to initiate open debate on media, “the most undercovered field”.  His question: “Media question everyone but who will question media?”

The gap between journalists’ limited knowledge and their intellectual pretentions prompted Bhanu Bhakta Acharya to work in building their capacity through writing, teaching, training, and fact-checking via social media.

Media writers try to be modest in the estimation of their own ability to create an impact via their writing. They believe they are at least engaging their readers, if not outright influencing them. Baral says he is not sure about the impact of his website, but his readers constantly encourage him to write. Acharya (U) believes his writings create “a kind of feeling within some media people to consider the issues, which is good”.

Acharya (BB), however, feels that most readers are impatient and do not read the whole articles; most comment on social media shares without reading them. “I am wondering how we can cultivate reading and discussion habit among media readers”.

Lack of sociological grounding in media writing, dearth of research and current information on media, a poor reading and writing culture, inadequate investment and lack of appreciation for criticism are cited as some key impediments in writing about media in Nepal.

Owing to lack of current data, “it’s hard not only to write but also to specialize on media issues”, says Acharya (U). In the view of Baral, sustenance is a key issue, for without it, there will be no follow-up stories to cover. The other issue has to do with a narrow mind-set:  “We don’t have the culture to accept and appreciate criticism. Some even characterize my work as ‘throwing stones while I myself live in a glass house’”.

Acharya (BB) believes poor reading habit is the biggest challenge. The tragedy is journalism associations also reward their officials regardless of their professional skills in reading or writing. He doesn’t find an exciting environment for media writing, for objective criticism doesn’t garner the respect it deserves. As an example, he cites his criticism of negligence in news reporting that led to some prominent journalists ‘unfriending’ him on social media and some outlets even boycotting his articles.

Onta sees the need for a deeper perspective in media analysis: “The larger corpus of experience-driven journalistic writing is rich in terms of anecdotes and stories, but weak in terms of wanting to learn from sociological writings on the media”.

Though unassuming in their assessments of impact, media writers strongly emphasize the need for media writing, both from professional and academic perspectives.

Suggestions include promoting media literacy in order to create a pressure on journalists to be more professional, more writing on media from multiple perspectives, and continued appraisal of content and conditions of production.

Most media writers agree that media writing is becoming necessary, more than ever.

These anecdotal insights from the writers may in some ways diverge from the observations of critics outside the media. At any rate, our media are at crossroads and the lack of timely analyses of trends and developments makes the scene chaotic. Some issues have been raised more often than others; media writers will have to nurture an organic view of the field.

These are, no doubt, times of “great transformation” to borrow from Karl Polanyi, the Hungarian intellectual who wrote of the rise of market liberalism and warned about its human consequences.  Only that this time, unlike in the pre-1950s, the transformation is marked by technology and media embedded-ness in society. The themes may vary, but the focus of media criticism, from within the press and outside it, must ultimately be the audience; their ways of media.

This series on “Media Writing” concludes with this article