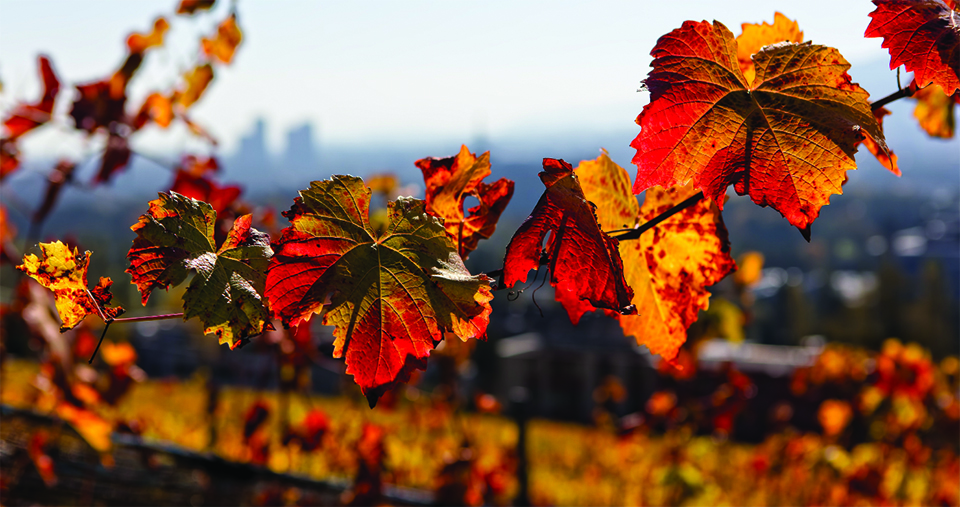 Nature looks uniquely splendid in the autumn. Its anarchic arrival is palpable when village farmers paint their exterior home walls with various colors

A typical morning in sharad (early autumn) season is nothing short of mystical. Nary does an insect stir in the grass before the sunup, which makes dewdrops glisten like diamonds. Morning mist rises from the field to vanish midair. Cobwebs form festoons around the bushes, shrubs and branches until the last of dewdrops linger. The woods bath in the glow of hazel blooms, villages blush with exquisite bougainvillea and poinsettia bracts, and vales titillate us with snow-white kans (grass) flowers beside the foaming and frothing river.

The dragonflies’ flutter on the paddy leaves that surrender to the breeze that kisses them on their forehead and makes them swing and dance to the direction it pleases. Farmers anxiously watch the naughty wind blowing recklessly knocking the flowers off flowering and grain-filling paddy plants. Instantaneously, their worries get suspended when the wind directs a mélange of grassy aromas and fragrances into their nostrils. Nature has its own way of healing the wound it creates.

The smell of grass is perhaps the most exhilarating of all the smells. I always get nostalgic when I notice the mowers at work on my way to work. The blades of the grass strewn around the roadside giving off a unique smell simply transport me to my childhood when the grass was a given in my life. Life is like a spiral staircase. We keep moving up as the ground beneath remains static. But our attachment and fascination to the foundation grows deeper as we climb higher.

Smelling home away
I always keep my car windows down to savor the sight of the industrious mowers and the smell of grass. Most of these mowers/landscapers are Hispanic or Latino Americans (descendants of people from Spain and Latin America who speak Spanish language). They are behind the secret of verdant, clean and beautiful American cities and towns but often get caught in the ugly political narratives.

America is synonymous with complexities, anomalies and ambiguities. Uniformity in the landscape and mindsets of people living across four time zones (eastern, central, mountain, and pacific) is just mirage. The sand dunes in the Chihuahua desert in the southwest  are as beautiful as the vernal and autumnal leaf colors along the Blue Ridge Parkway (755 kilometer long  scenic road visited by approximately sixteen million drivers annually) in the southeast USA.

While driving along the BRP last summer, it reminded me of the snaking Phedi-Lumle section along the Pokhara-Baglung Highway. I also remembered the winding road along Panchkhal-Dhulikhel stretch of Araniko Highway. It also resembled the beautiful Daunne hill between Narayanghat and Butwal stretch of East-West Highway in the formerly Nawalparasi district which has now been split into Nawalpur (part of province 4, Gandaki Pradesh) and Nawalparasi (part of province 5, Lumbini Pradesh) districts. I am mindful of the innumerable beautiful roads in Nepal that I have not traversed.

Unfortunately, our country has politicians who love to divide people and places to assert their identities through provincialism, division and discord instead of resorting to the strength of unity and accord.

Every ascent is a movement towards the heaven until the inevitable and painful descent begins. Anyway, the ride from the foothill to the top lifts our spirit. The landscape speaks to us and the journey feels like a trip to the heaven. We receive immense pleasure in scaling heights, where happiness dwells, and so do our deities.

The difference between the BRP and Daunne/Dhulikhel/Lumle locations could not be starker. BRP has overlooks at every elevation and turn while Daunne especially requires constant look ahead or it is over (end of life) because of narrow road and treacherous turns. BRP bristles with rare plants, herbs and flowers whereas they keep dwindling on Daunne/Dhulikhel/ Lumle.

BRP’s idyllic natural beauty remains unadulterated by businesses whereas Daunne/Dhulikhel/ Lumle have been hijacked by greedy materialism. BRP has tourist information centers at every foothill while Daunne/Lumle /Dhulikhel have bizarre beer-guzzling and animal flesh grilling stations at their peaks. Food is no match to the ecstasy derived from a close contact with nature.

Grass and life
Back to grass, I enthusiastically collected the ferns from the nearby pastures to make the buffaloes and their newborns comfortable in their shades. It was amazing to see the stiff ferns turn softer upon being trampled by the animals and ultimately embracing the dung to ensure journey to the fields. Every part of the nature is a gift to us if we can use them accordingly.

We wasted no time in finding and feeding the best grass to freshly calved and lactating buffaloes. Respite was a brief interval for sharpening sickle on the smooth whetstones along the rivulets and trails to the fields and the woods where the most nutritious grasses grew.

Ironically, farmers were elated at the birth of female calves while they got dispirited by the birth of baby-girls. The boys enjoyed all the perks of having lactating buffaloes. They got to enjoy the dairy product of their choice while their sisters were often expected to manage with the byproducts despite being the fodder collector and feeding and safekeeping the animals. Discrepancy is a dumb trick.

The working girls received naturopathy walking barefoot on the grass and playing with it while the boys idled at home. The girls received aromatherapy of roots and flowers and enjoyed a medley of natural smells while the boys waited for the smell of ritual butter sprinkling on embers (offering to the deities and purification of surroundings after churning yogurt).

The girls washed their limbs and face with fresh water from the rivers, rivulets and water-spouts while the boys squandered the water stored in containers, which were often fetched by their sisters and mothers. These were the reasons why working girls enjoyed a sound slumber while the stay-at-home boys went insomniac in their beds depriving the latter a good memory and presence of mind.

Beauty enticed beholders even to the most unlikely destinations. The unruly and uncouth boys surreptitiously watched the girls knee-deep in water in the brooks and rivulets while the nonchalant leeches ventured up to suck the pleasures from some vital parts of the girls’ body. To say the boys were jealous of the leeches is an understatement, they were crazy hostile.

The autumn gradually painted the leaves in multitudes of colors. “There were fewer sights lovelier than leaves carried on wind” as they rushed to embrace the ground and landed on the head of the nubile girls declaring: here lies the laurel of love and beauty to contest in the game of the hearts and minds to be part of the universal tradition of love and companionship which achieves profundity with every little but lovely touch.

Nature looks uniquely splendid in the autumn. Its anarchic arrival is palpable when village farmers paint their exterior home walls with kamero (white mud), ratomato (red mud) and windows with khoto (dark rosin) and dew drops hang by the eaves in the mornings.

Dhanka bala (paddy seed pods) swing and wink at birds in the lovely fields. Autumn knocks on the doors when the ritual flutes start producing Malashree dhun in conjunction with the rosy lips of nubile Newari beauties walking single file along the local streets in the Kathmandu Valley arresting the imagination of the onlookers. Kathmandu preserves its cultural glory despite being engulfed in the chaos and carousel of the political kaleidoscope.

Autumn presents not only the tantalizing twilight of spring and winter but also an exquisite blend of sight, sound and smell. “Autumn is a second spring when every leaf is a flower”, says Albert Camus.

With the blessings of beauty Earth, the canvas blazes, The stream lows plunging And the creek in... Read More...

Attempt to pin Timbu Pokhari as a tourist destination

Sidingba Rural Municipality is preparing to organize the Timbu Pokhari fair to promote the tourism of the region. Timbu Pokhari... Read More...

KATHMANDU, June 27: A study has shown that almost 97 percent of Nepalis aspiring foreign employments were found unaware of... Read More...