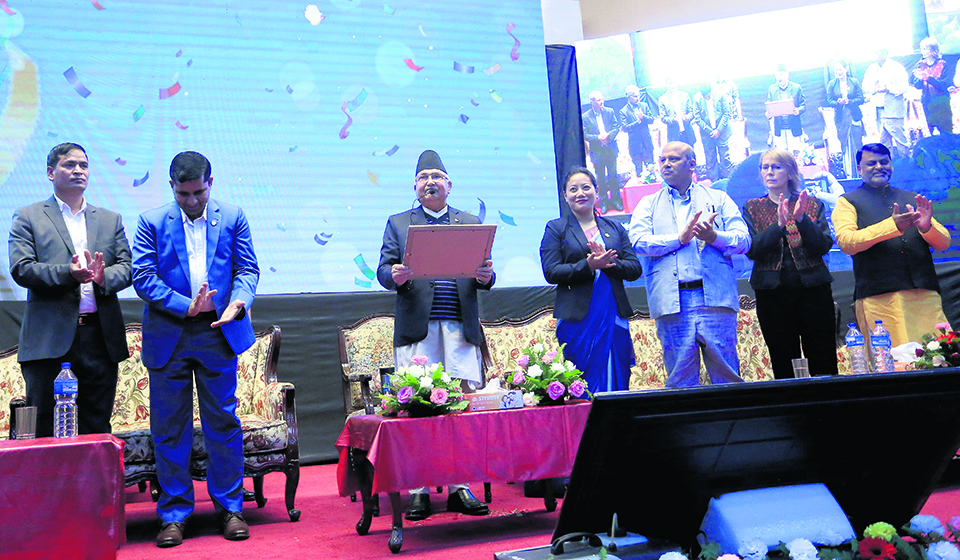 KATHMANDU, Oct 1: Social media was abuzz with instant pictures of people answering the call of nature out in the open as Nepal officially announced an end to open defecation on Monday.

Prime Minister KP Sharma Oli, amid a much-hyped event held in the Capital, declared Nepal an open-defecation free zone, making the country the first to do so in South Asia.

But the announcement was short-lived as various media platform started questioning the rationale of such 'ritualistic announcement' when major cities including Kathmandu are grappling with the lack of public toilets. “We will be responsible toward the citizens. We are committed not to let the people remain in inhumane situation,” PM Oli said amid applause from government officials, donor representatives and other dignitaries present in the meeting.  The prime minister also pledged to make Nepal a fully-sanitized country by 2030.

“One-third of the population is still without toilets and goes out in the open. The remaining two-thirds either do not know or have not been able to keep their toilets clean. Leaders appear hell-bent in declaring open-defecation free zones,” one Laxman Rijal tweeted.

Another user name Yogendra Karki tweeted: “Respectable minister, please first visit your constituency and find out how many households have toilets and then think about the country.”
Online media greeted the announcement with pictures of people defecating in the open or even using toilet as kitchen as the government celebrated "the historic feat."

The criticism was hardly surprising as an acute shortage of public toilets has turned every nook and corner of the Capital and other major cities into open toilets.

Kathmandu, a city of around 2.5 million people, has far less toilets compared to two decades ago when it used to host less than a third of the population. Little over a dozen toilets in KMC are in operation, many of them hardly fit for use.

Open defecation remains a major problem elsewhere in the nation. According to the government, only 5,660,214 people have toilets.

The multi-million dollar open defecation free zone campaign has long courted controversy ever since Kaski district first became an open-defecation free (ODF) district on June 24, 2011. Critics claim that the government, in order to appease the donors, had declared districts and then local bodies open-defecation free without ensuring basic prerequisites like public toilets.

In some places, the authorities have been found to have used coercive measures to force people to build toilets. In Badaiyatal Municipality, for instance, the local bodies have made it mandatory to furnish proof of having a concrete toilet to get social security allowances.

Some districts known to have serious toilet problems were hastily given open-defecation free status in order to meet the target. Until June, 11 districts and 63 local levels were left to get the status of ODF zones in order to declare Nepal as an ODF country. Kathmandu Metropolitan City itself was one of the major places where people would still practice open defecation.

Authorities however claim that this campaign has helped people in being aware about the importance of sanitation and hygiene, especially after 2015 earthquake. “It's a big achievement toward making Nepal a fully sanitized nation," said Drinking Water and Sanitation Minister Bina Magar, adding that the government would soon carry out works to complete construction of public toilets.