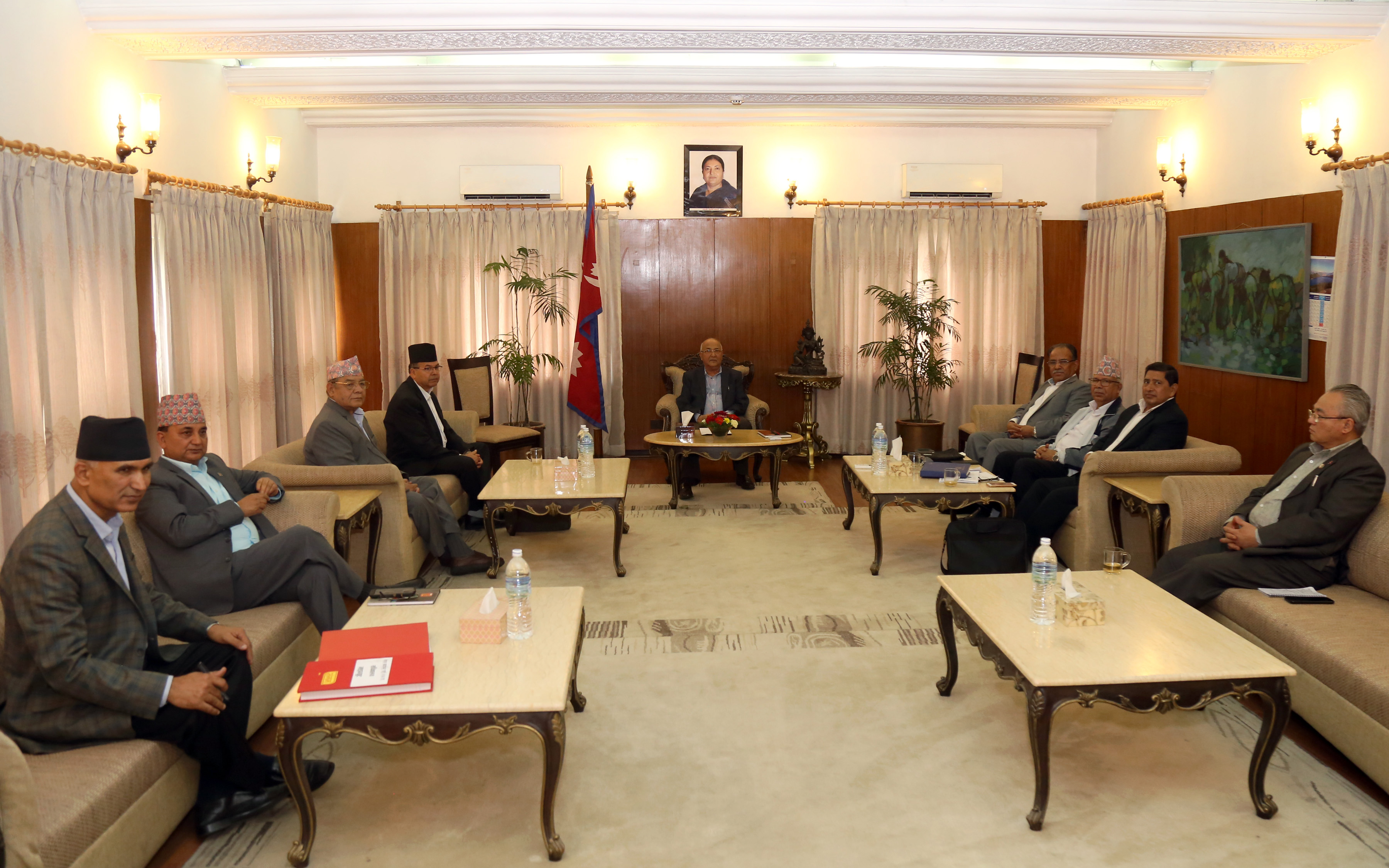 KATHMANDU, Feb 21: Prime Minister and co-chairperson of Nepal Communist Party, KP Sharma Oli has proposed to dissolve the working committee that was formed to conclude the party's unification at the lower level.

Oli's proposal comes after the NCP secretariat meeting on February 18 said that the working committee's report to conclude party unification was incomplete.

The working committee members, however, have opposed Oli's option in a meeting at the Prime Minister's residence, Baluwatar. It has sought a week's time to complete the remaining tasks.

The working committee defended its delay citing unfavorable conditions to perform rather than the accusation of 'not being able to perform'.  In turn, the meeting has been scheduled for tomorrow at 9 AM.

The task force has only been able to do a fraction of the given task due to disagreements among its members, mainly due to factional wrangling over stakes in the unification process. Party insiders say a growing rift between chairmen KP Oli and Pushpa Kamal Dahal was also hindering the remaining works of unification.

The NCP had earlier said that it would complete the party's unification at the local levels within three months ago after the merger of the then CPN-UML and CPN-Maoist Center on May 17 last year.