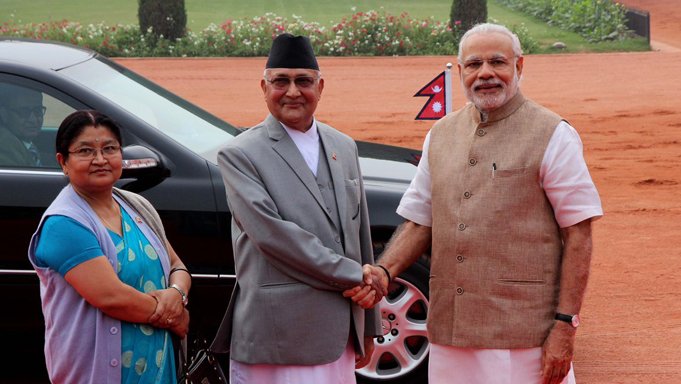 During a telephone conversation, Chairman Oli, who is widely seen as the prime minister-in-waiting, extended his verbal invitation to Indian premier Modi to visit Nepal. Oli reiterated maintaining a cordial relation with the neighboring countries. During the conversation, Oli said the new government will move ahead by giving priority to stability, strengthening of democracy, good governance and economic prosperity. "Stating that Nepal will collaborate with neighboring countries mainly India and China for peace and stability, he [Oli] informed that a formal letter will be sent to Indian Prime Minister to visit Nepal soon after the new government is formed," UML's Secretary Pradeep Gyawali said in a statement.

When he was prime minister in 2015, Oli had taken a tough stance against India when the southern neighbour dissatisfied with some provisions of the constitution, imposed a blockade on Nepal.  Later, India lifted the blockade and Oli had visited India although he returned without signing a customary joint-statement during the visit.

Indian PM Modi likely to visit Nepal in May