Older couples die together or cling to each other in fires 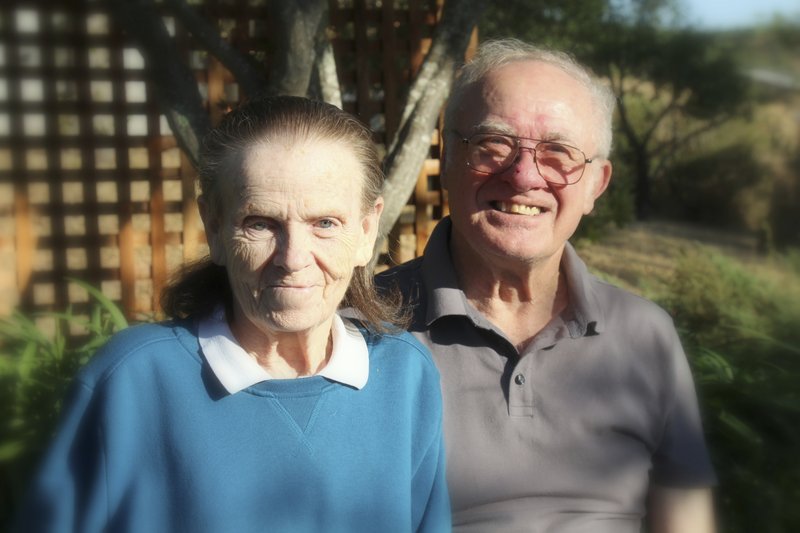 Some had just celebrated marriages of half a century or longer. They spent their time volunteering and playing with grandchildren. A few had lived through both world wars.

The vast majority of the 42 people killed in the wildfires that have ravaged Northern California were in their 70s and 80s. Several were couples who died together, including childhood sweethearts who had grown old together.

A 95-year-old man and his 75-year-old wife spent their final moments huddled in the wine cellar of their home where they had lived for 45 years.

The oldest victim — 100-year-old World War II veteran Charles Rippey, who used a walker — is believed to have been trying to make it to his 98-year-old wife, Sara, who had limited mobility after a stroke. Their caretaker barely escaped alive before the roof collapsed and the blaze engulfed the house.

An 80-year-old man never made it past his driveway after getting his 80-year-old wife into the car to escape. The two were born four days apart and died together.

Some simply clung to each other until the end.

Armando Berriz, 76, held his wife of 55 years, Carmen Caldentey Berriz, afloat in a swimming pool as walls of fire burned around them. He let go only after Carmen stopped breathing and the flames had burned out, laying her on the steps of the pool with her arms crossed over her chest. He then walked 2 miles to find help.

“This situation has been so tragic on so many levels,” said Caroline Cicero, an assistant professor at the University of Southern California’s Leonard Davis School of Gerontology. “Couples who have been living together for 30, 40, 50 years, especially in their 80s and 90s, definitely might have just realized this is the end. ‘There is nothing we can do, so we’ll go out together,’ which is a beautiful thing. But it’s tragic for those left behind.”

If a spouse survived, it will be an extremely painful road to recovery, especially for older people who may never heal, said Cicero, who has worked as a geriatric social worker.

The heavy toll on older people has raised questions about whether more could have been done to alert the most vulnerable in time to escape.

Among the victims were those who had survived strokes, cancer and other life-threatening illnesses. They could not move fast enough to escape the speeding flames. Others likely never heard the frantic calls of friends or honking of neighbors’ cars — possibly the only warning that they were in danger.

It’s only been since Hurricane Katrina in 2005 that cities began drawing up emergency preparedness plans that specifically take the elderly into account, Cicero said.

Some cities, such as Culver City in suburban Los Angeles, now allow people to put their names on a list that notifies officials they need priority because they are hearing impaired or have other issues that may limit their ability to evacuate quickly.

But Cicero said she is not sure what could have been done in places like Santa Rosa, where a wildfire sprung up quickly and overtook homes in suburban neighborhoods and remote woods at night, giving people only minutes or, in some cases, seconds to escape.

George Powell, 74, said he does not know what woke him early Monday. He looked out the window to flames and immediately woke his 72-year-old wife, Lynne Anderson Powell. She grabbed a laptop, her border collie and was driving down their mountain road within minutes.

He went for his three border collies and fled 15 minutes behind her in his own vehicle.

There was a huge wall of fire along the road. Powell said he realized later that he had driven past his wife’s Prius, which had gone off the road and plunged into a ravine in the thick smoke. Lynne’s burned body was found steps from her car; the dog was found burned to death inside.

The couple had been married 33 years and lived in the woods in the Santa Rosa area. She had recently overcome cancer.

“If I had known, I would have gone down there with her, even if it meant I would have died with her,” Powell said. “I don’t know how I’m going to cope. She was my life.

“She was my life,” he repeated.

On August 15, Republica carried a news report about inter-caste marriage and conflict. A neighbor from Charambi village of Arun... Read More...