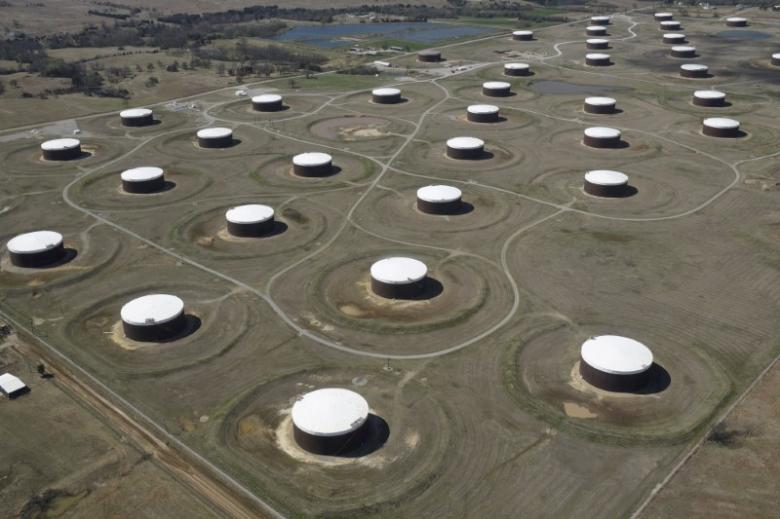 Oil prices fell in thin trade on Tuesday after the Easter holiday break shut many markets for as long as four days and as a U.S. government report indicated rising production.

The benchmark for U.S. oil had also risen for three straight weeks through Thursday, before the Easter break.

"The speculators have been pushing oil up for almost a month," said Jonathan Chan, investment analyst at Phillip Futures in Singapore. "There should some healthy price correction this week."

U.S. shale production in May is likely to post the biggest monthly gain in more than two years, government data showed on Monday, as producers step up the pace of drilling with oil prices holding above $50 a barrel.

May output is expected to rise by 123,000 barrels per day to 5.19 million bpd, according to the U.S. Energy Information Administration's drilling productivity report.

If that is right, May will have the biggest monthly increase since February 2015 and the highest monthly production level since November 2015.

More barrels could be on their way to market from U.S. shale fields as financial companies are investing billions in production, a Reuters analysis shows.

Any increase in output in the United States, now the world's third-biggest oil producer, will likely put pressure on the Organization of the Petroleum Exporting Countries (OPEC) - which agreed to curb output at the end of last year - to cut production further.

OPEC is due to meet on May 25 to weigh an extension of output cuts beyond June to alleviate a glut that has depressed prices for nearly three years.

Still, Saudi Arabia's energy minister has said it was too early to discuss an extension.

"In one corner we have high output compliance, seemingly rising demand (apparently) and strong Chinese economic data but, in the other corner, we have the 1 million tonne elephant in the room and that is U.S. production and exports."