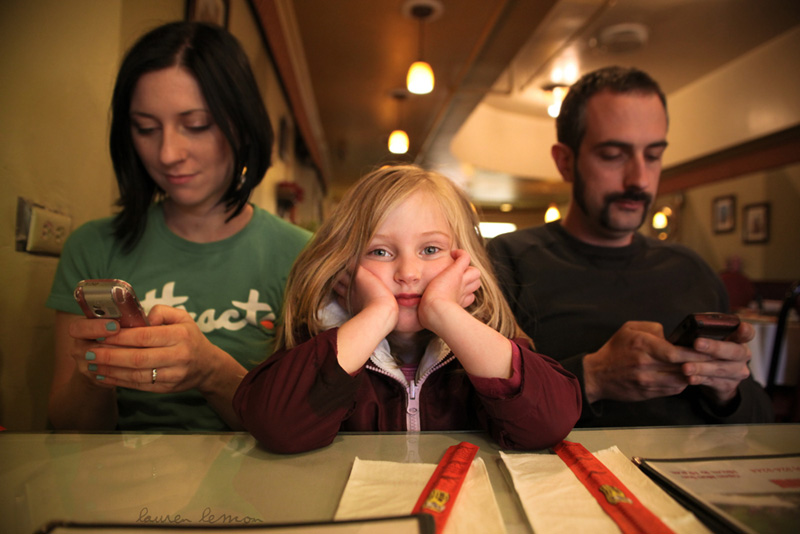 In the past, my parents yelled at me for being glued to my computer. Now, I tell them to put down their phones
I had gone out for dinner with my family. After placing our order, my sister and I began talking about the new chapter of her life: she had just gotten married. I didn’t get to attend the wedding ceremony since I was in America completing my undergraduate studies. I was extremely upset that I was missing my only sister’s wedding, but I took comfort in the fact that I was living in an age of technology that allowed me to witness the multitude of events on the screen of my phone. While we were engaging in familial conversations, we noticed that our parents were busy on their phones using Facebook.

Another incident: my brother and I had gone out for dinner with our parents. My brother got a notification on his phone, which made him take his phone out and start using it. My mother took this opportunity to criticize my brother for using his phone instead of talking to the family. To this my brother responded that he was checking the news. You see, my mother’s perception of the Internet was limited to Facebook.

You don’t need me to mention all the different kinds of social media like Facebook, Instagram, Snapchat, Twitter, and YouTube, among others. Each of these serves a different purpose while still being characterized by the one goal of social media: being social; interacting. If I am at a restaurant and am really excited about the food, I can take a snap of the food and send it to my girlfriend (if I had one #foreveralone) saying, “Wish you were here”.

On the other hand, I could call her and tell her, “Hey baby, I’m at such and such place.
The food looks really good. I ordered a salad. They served it on a white bowl. It has four olives, and two strawberries on the top and a bunch of spinach and lettuce below it. I got it with feta cheese, onion, grilled chicken, and sundried tomatoes. It looks really good… Oh, I almost forgot, wish you were here. ” Which one do you think is more efficient?

We make good use of social media. We realize its potential and have learned to extract the benefits. However, there are some evident disadvantages to our addiction to social media. I am ready to bet that the first thing we do when we go to a restaurant is ask for the Wi-Fi password. My friend recently sent me a Snapchat saying she went to a church just for the Wi-Fi. May the lord bless her.

Quality time with friends includes the friends glued to their phones either checking Facebook, taking pictures of their food to upload on Instagram, checking their favorite celebrity’s Snapchat stories, or taking Snapchats to share with their friends. What’s wrong with that other than the fact that we are interacting with individuals on a screen while avoiding interaction with those in close proximity?

Now let us consider the older generation; Facebook is all they know. Don’t get me wrong.

I am not trying to criticize them. They did not grow up like us. Our parents learned about Facebook by seeing us glued to our laptops and phones all day. Facebook is all they know and frankly, I hope they do not find out about the others. I have been home for a year now and often make the effort to hang out with my parents. When my dad comes back from his office, I go down to his room and try to chat with him and my mom, but in vain.

My father is glued to his tablet and my mom to hers. My mother uploads every photo she takes on Facebook. Just a few days ago she asked me about “the app where everyone just uploads photos”. I could not bring myself to teach her how to use Instagram. That is where I upload all my crazy photos. That was my safe space. I didn’t even accept her friend request on Facebook for two months until she came to my room and forced me to do so. Can you blame me? Every time she sees a photo of me with a girl she asks me about her. I am so happy she found something that keeps her occupied. But I see more negative effects of social media (actually just Facebook) on my parents (and by extension, the older generation as a whole) than I see on my generation.

In the past, my parents yelled at me for being glued to my computer and not socializing with my family. At present, I have to tell them to put down their phones and tablets and interact with me. The tables sure have turned and I don’t know which one is worse.

BAGLUNG, Dec 15: A fundraising campaign 'One Individual: One Thousand' launched in social media- Facebook- for the institutional development of... Read More...