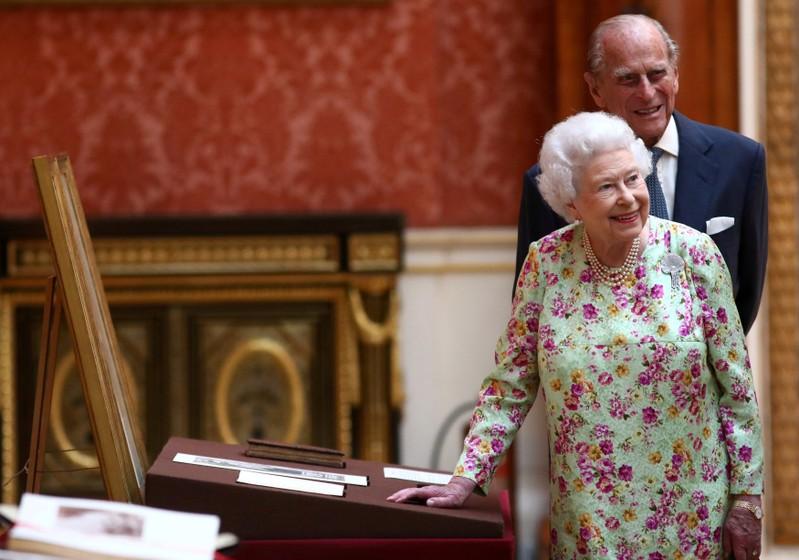 The couple married at London’s Westminster Abbey on Nov. 20, 1947, just two years after the end of World War Two, in a lavish ceremony attended by statesmen and royalty from around the world.

The portrait, taken earlier this month, showed the queen wearing the same dress which she chose for a service of thanksgiving to mark their diamond wedding anniversary held at the Abbey where they were married.

She is also wearing a “Scarab” brooch in yellow gold, carved ruby, and diamond which Philip gave her in 1966.

Elizabeth has been married for far longer than any other royal, and the newly-released picture showed the couple framed by Thomas Gainsborough’s 1781 portraits of George III and Queen Charlotte, who were married for 57 years - the second-longest royal marriage.