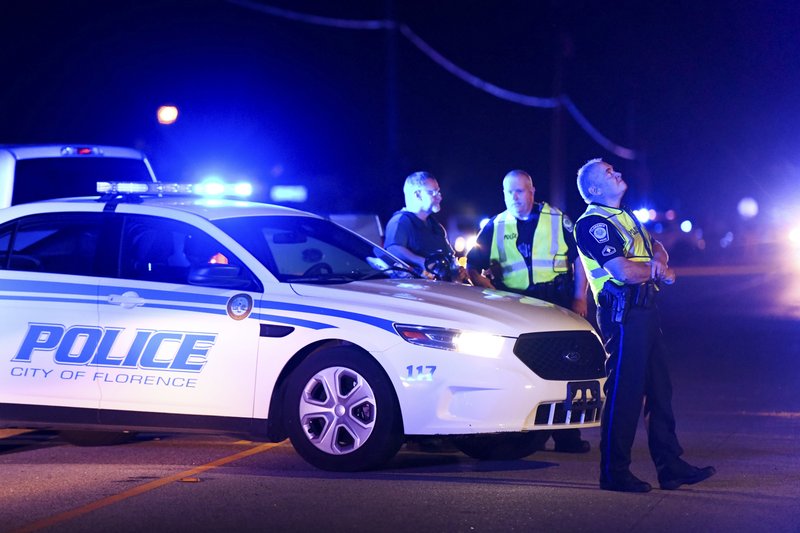 FLORENCE, Oct 4: Seven law enforcement officers were shot, one fatally, in a confrontation Wednesday with a suspect who held children hostage in a South Carolina home, authorities said. The suspect was taken into custody after a two-hour standoff.

The gunfire erupted in an upscale neighborhood of Florence, a city of about 37,000 people still reeling from heavy flooding in the aftermath of Hurricane Florence’s strike on the Carolinas last month.

Major Mike Nunn, with the Florence County Sheriff’s Department, said officers were serving a warrant when the suspect began shooting, wounding three deputies. The deputies had to be removed using a bulletproof vehicle.

Then, four Florence police officers were shot while trying to respond to the initial gunfire, said Allen Heidler, the Florence police chief. It was one of Heidler’s officers who was killed during the confrontation.

“I want you to pray for the family who lost the bravest police officer I have ever known,” Heidler said, visibly overcome by emotion at the news conference.

Nunn said the suspect held off police for two hours — holding children hostage in his home — before eventually being taken into custody. He would not release the suspect’s name or condition and other details were not immediately disclosed.

Condolences and outpourings of support rolled in at news of the shooting.

“This is simply devastating news from Florence,” Gov. Henry McMaster tweeted. “The selfless acts of bravery from the men and women in law enforcement is real, just like the power of prayer is real.”

Thom Berry, spokesman for the State Law Enforcement Division, said the agency had sent crime scene technicians to assist officials in Florence but at this time had not been requested to help with any investigation.

Authorities said the shootings happened in Vintage Place, an upscale neighborhood in the western part of the city.

Florence, a city in South Carolina’s northeastern corner, is the largest city in the region known as the Pee Dee. The area is still recovering from heavy river flooding from Hurricane Florence.

JAKARTA, Aug 18: A suspected Islamic militant has launched an attack on an Indonesian police station in the country’s second-biggest... Read More...

TEXAS, July 29: Five people were shot dead, including the suspected gunman, in a Friday night attack at a Texas... Read More...

Rajinikanth injured while shooting for '2.o'

Superstar Rajinikanth suffered a minor injury on the sets of his upcoming Tamil science-fiction action-thriller "2.o" here. According to a... Read More...