Of chances and dances 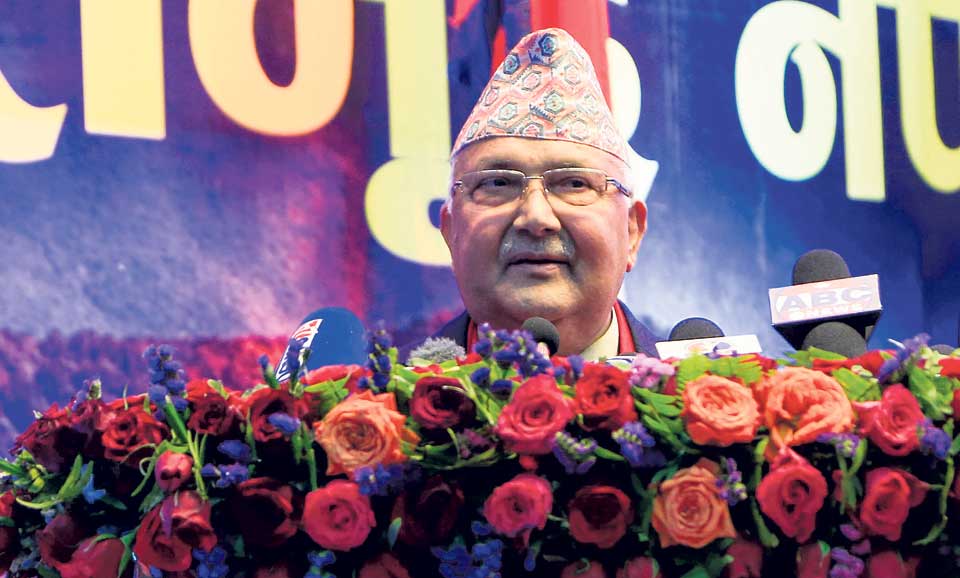 I once had the rather unique experience of being an invigilator for the EPS-TOPIK exams conducted in Kathmandu. For those of you in the dark, the EPS TOPIK is the official language exams that you need to clear to be eligible for employment in South Korea. Over the two days that the exams were held, I met Nepalis – by the busload – from every geographical area or, as the politicians are often fond of saying, from Mechi to Mahakali. The busload point is rather important because these folks came from far-flung areas, not in trickles but in droves, in organized systematic fashion.

That in a nutshell is Nepal’s employment ecosystem, a desperate scramble to look for opportunities wherever they open up. You don’t need to be an invigilator to figure this out – visiting the airport on any given day is quite enough to give you an idea of the exodus taking place on a daily basis. ‘Anywhere but here’ has actually been the unofficial motto of our employment sector for a fairly long time. And all this while the government has been working at their usual glacial pace to address this situation.

But in a case of ‘better late than never’, our PM unveiled the Prime Minister’s Employment Program at a function organized in the capital on Wednesday this week and true to form there was more than a little hubris in announcing an employment program not as a scheme but as a job already well done. Apparently, we Nepalis are well on our way to becoming ‘happy and prosperous’ – all we needed in Oli’s words is a ‘chance’ to show the world. Anyone remember that speech after Sandeep Lamichhane’s success in the IPL? Now that quip has actually been turned into a song, I’m told.

Anyway, despite all that bombast, this campaign is a step in the right direction. One hundred days of guaranteed employment a year isn’t going to solve the ‘brawn-drain’ trend but at least it’s a start and the intentions are good. Although, you could say the exact same thing about their good intentions on ending syndicates or limiting corruption and we all know how that has turned out. But if the leadership of any ministry deserves the benefit of the doubt then it has to be the Ministry of Labor, Employment and Social Security headed by Gokarna Bista who enjoyed a rather popular, if brief, stint at the helm of the country’s Energy Ministry a few years ago.

That being said, the leadership can only do so much in the absence of actual substance if that is the case with this initiative. I, for one, desperately hope that this campaign not only succeeds but flourishes at local level because we need it to do well. One way to go about it would be to encourage entrepreneurial ventures and tying those in with access to financing options with the help of the private sector. This will help in generating and, also importantly, sustaining employment opportunities in the long run. The strategy of simply absorbing workers into different sectors like agriculture or animal husbandry may not be the long term thought we need unless we sufficiently modernize these sectors to sustain prolonged periods of employment.

There are also several areas of concern vis a vis possible areas of employment which sound very vague to say the least – like information and communication technology, road transport (at local level where there may be no roads) and industry (again at local level where none may exist). As part of its calculations the government has explored the possibility of people being absorbed into the private sector and this is an issue that needs to be fleshed out properly before being operationalized.

There is a lot of scope for public private partnerships and the government would do well to take the private sector into confidence to assure the success of this campaign. A question mark also hangs over the allowance system and its distribution (in case of the government not being able to provide employment opportunities) that does feel like the kind of mechanism that is tailor made for abuse here. Strengthening that provision to remove loopholes for exploitation is also an area that the government needs to look at.

There is quite some way to go before we – to use a fantastically appropriate Nepali colloquialism – ‘dance’ at this ‘chance’. Having said that, it’s all too easy for us to be pessimistic (perhaps with good reason) seeing that unemployment is caused by policy, structural, and systemic issues and, unless looked at it through that lens, this promises to be a mere band aid on a gaping wound. But no matter how modest, at least we are thinking of the cure and that is the only way to go.

KANCHANPUR, Nov 6: The woman photo journalist has kicked off a Mahakali – Mechi cycle rally with an aim to... Read More...