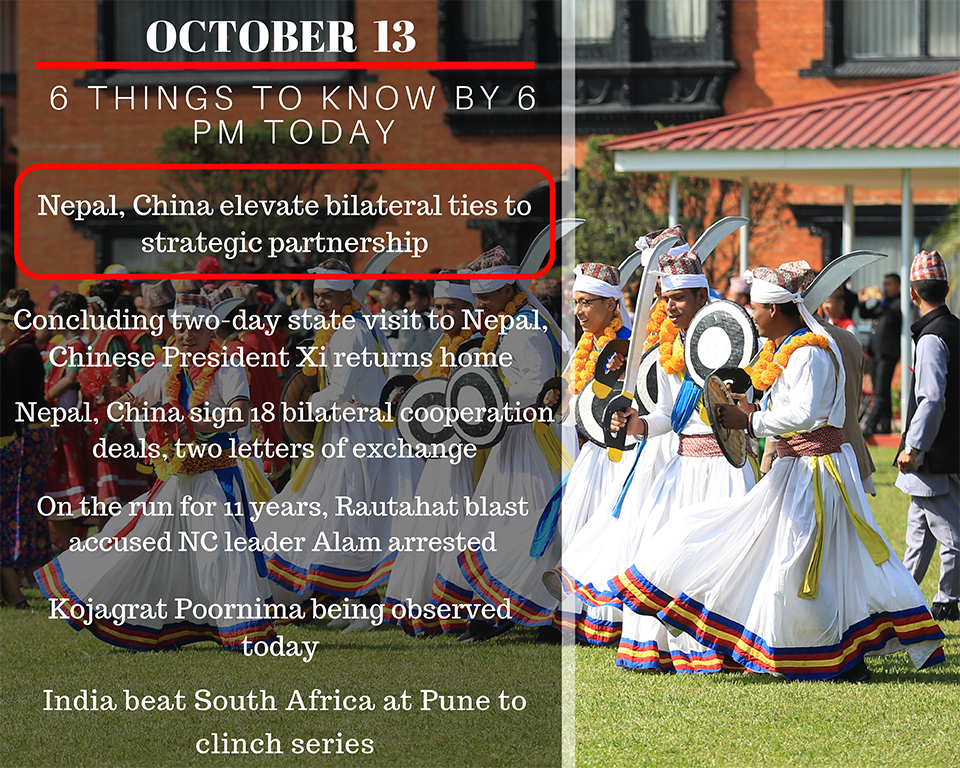 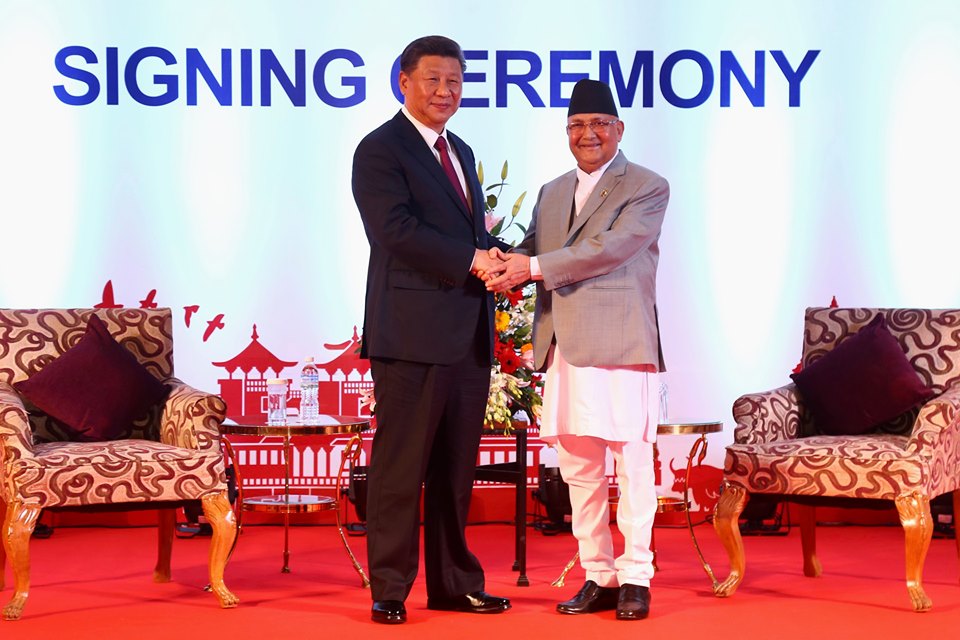 The announcement was made in a joint statement issued after a state visit of Chinese President Xi Jinping to Nepal on Sunday afternoon. 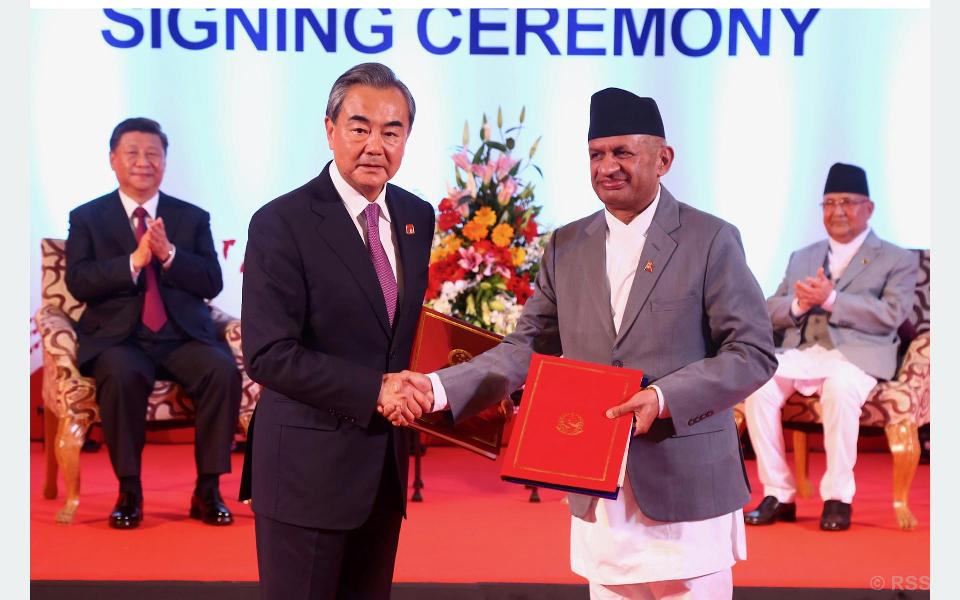 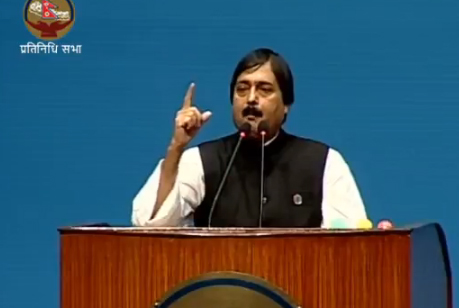 Police have arrested Nepali Congress lawmaker Mohammad Aftab Alam on Sunday morning in connection with a bomb explosion that occurred in Rautahat some 11 years ago. 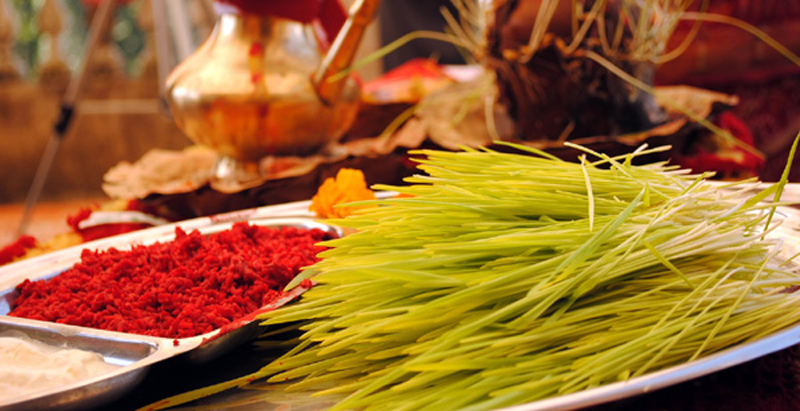 Nepali Hindus are observing the Kojagrat Poornima (full moon day) on Sunday to conclude 15-day Dashain festival by worshipping Mahalaxmi, the goddess of wealth and prosperity.

The Bada Dashain festival formally ends today with the marking of the Kojagrat Poornima--devotees offering worships to Mahalaxmi at their homes in the evening and keeping vigil the whole night. 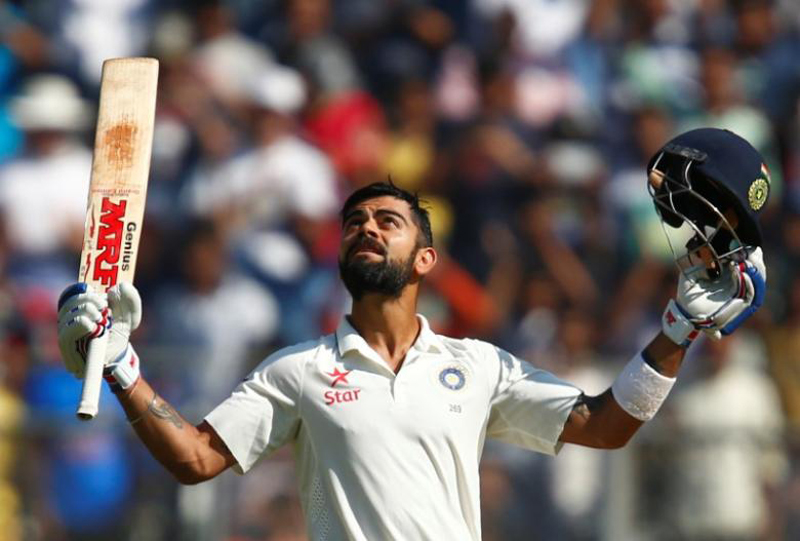 India maintained their formidable home record by crushing South Africa by an innings and 137 runs in the second test at Pune to clinch the three-test series with a match to spare on Sunday.

Integrated policy to be introduced for Raute Community
15 hours ago