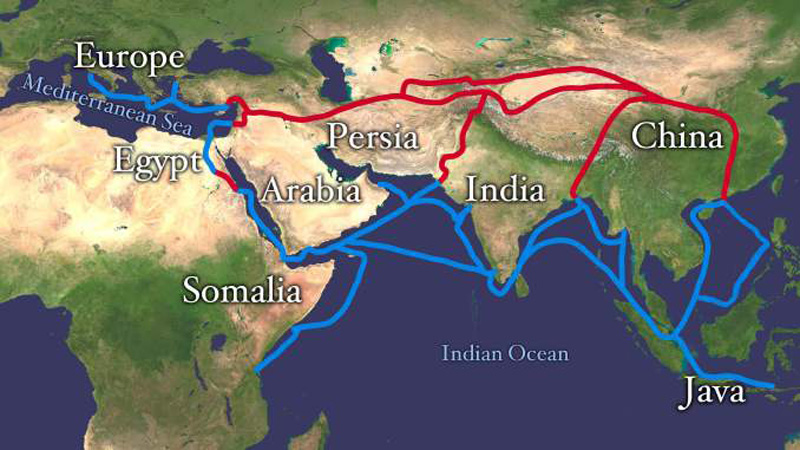 Chinese version of globalization retains features of both hard and soft power
China’s One Belt One Road (OBOR) project had initially bewildered the masses with its imprecise scope and funding. Investment by one single country in worldwide connectivity, something the world had never seen before, in building roads, railways and oil and gas pipelines generated great concerns in the ‘unipolar’ world dominated by the United States.

Regional powers and other countries also cast aspersions on China over the project.
But the OBOR conference in Beijing last month seems to have removed some of those concerns. At the closing session, President Xi Jinping stood between Russian President Vladimir Putin and Indonesian President Joko Widodo, in a ringing endorsement of the project.

In total, President Xi hosted delegations from 65 countries, of which 20 were represented by their heads of state. The US and some European members sent low-ranking delegates. India boycotted the conference citing sovereignty concerns vis-à-vis the China-Pakistan Economic Corridor (CPEC) in the Pakistan-occupied Kashmir. Nepal for its part sent a delegation led by Deputy Prime Minister and Finance Minister Krishna Bahadur Mahara, who had also earlier signed the OBOR MoU with China.

However, there are concerns. The Chinese version of globalization retains most features of the European and American versions. The Europe-led globalization had spread side by side colonialism. In search of new markets, European powers wielded hard power to penetrate into Asia and Africa. The US was an important part of European globalization effort even after American independence in 1776. The US-led globalization after the end of WWII did not involve direct and organized military intervention in other continents. Rather it made use of cherished American values to establish its hegemony.

Under President Donald Trump, US economic policies are shifting toward protectionism and anti-globalization. This concerns China. China’s growth is based on exports and to keep growing, China needs to keep investing and exporting more and more to new European, Asian and African markets. This is the reason President Xi made a strong statement in favor of globalization in last Davos conference. But external challenges and not-so-favorable political climate in Taiwan, Tibet and Hong Kong might dent China’s globalization efforts.

It is widely believed that Nepal was initially hesitant to sign the MoU on OBOR under Indian pressure. This is partly true. Nepal also had to consider OBOR’s geopolitical fallouts, as well as issues of burdensome loans and possible cultural invasion. Nepal needs serious homework to minimize possible harms that this connectivity initiative might bring.

Possible use of Nepali lands to jeopardize their security has been a top concern of both India and China. We can address their strategic and security concerns only when we have internal stability and strong and functioning institutions.

India may try to justify the boycott of OBOR, saying that doing so will help it gain the trust of the US. But the boycott could prove unwise as the western economies, including that of the US, are in a decline.

When China and India, which together have around 40 percent of world population, are better connected, this will create a new wave of globalization, ending their historical animosity and increasing cultural, economic and scholarly exchanges between the two Asian giants.

OBOR negotiations can also help India lobby with the Chinese for India’s entry into the esteemed Nuclear Suppliers Group.

India had a trade deficit of US$ 46.56 billion with China in 2016. The only way to reduce this deficit is through increased exports to China. Joint Chinese and Indian investment through OBOR mechanisms will help secure new Chinese markets for India. Even to allay the concern that China is trying to encircle it, India should join OBOR so as increase its own trade and connectivity with other OBOR signatories including Pakistan.

All in all, India’s fear about growing Chinese influence is unwarranted, hinting at the low morale of its rulers. It should rather seek win-win solutions with China under the overarching OBOR framework.

Sapkota has graduated in International Relations from South Asian University, New Delhi and Tiwari is a writer and freelance journalist

The ‘One Belt, One Road’ is a multifaceted scheme to replace Washington Consensus with Beijing Consensus ... Read More...