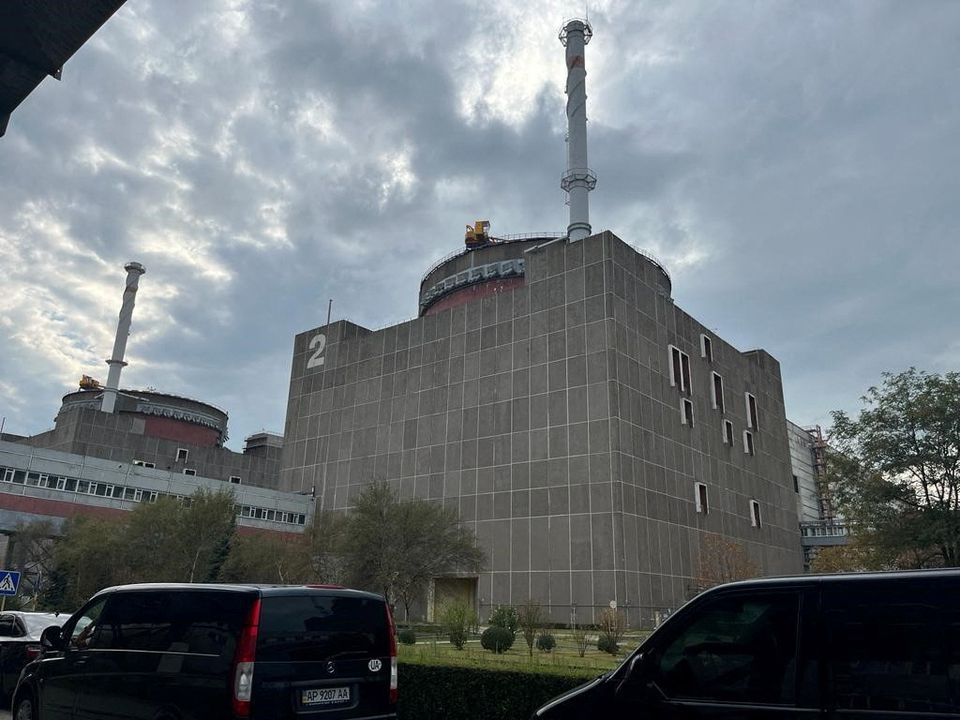 KYIV, Sept 4: A critical nuclear power plant in Ukraine again lost external power, international energy officials said on Saturday, heightening concerns as the energy battle between Moscow and the West ramped up in recent days amid the ongoing war.

Ukraine's Zaporizhzhia plant -- the largest in Europe -- saw its last remaining main external power line cut off even as a reserve line was able to continue supplying electricity to the grid, the International Atomic Energy Agency (IAEA) said. read more

Only one of the six reactors remained in operation at the station, the agency said in a statement posted on its website.

The plant, controlled by Moscow since Russian troops invaded Ukraine in late February, has become a focal point of the conflict, with each side blaming the other for nearby shelling.

Meanwhile, the standoff over Russian gas and oil exports ramped up this week as Moscow vowed to keep its main gas pipeline to Germany shuttered and G7 countries announced a planned price cap on Russian oil exports.

The energy fight is a fallout from President Vladimir Putin's six-month invasion of Ukraine, underscoring the deep rift between Moscow and Western nations as Europe steels itself for the cold months ahead.

"Russia (is) preparing a decisive energy blow on all Europeans for this winter," Ukrainian President Volodymyr Zelenskiy said in his nightly address on Saturday, citing the Nord Stream 1 pipeline's continued closure.

Moscow has cited Western sanctions and technical issues for energy disruptions, while European countries have accused Russia of weaponizing supplies as part of its military invasion.

Kyiv and Moscow have traded accusations about attacks on the Zaporizhzhia plant, which was captured by Russian forces in March but is still operated by Ukrainian staff and connected to the Ukrainian power grid.

An IAEA mission toured the plant on Thursday and some experts have remained there pending the release of a report by the U.N. nuclear watchdog in coming days. read more

Last week, Zaporizhzhia was severed from the national grid for the first time in its history after transmission lines were cut, prompting power cuts across Ukraine, although emergency generators kicked for vital cooling processes.

Meanwhile, the IAEA on Saturday said remaining inspectors noted one reactor was "still operating and producing electricity both for cooling and other essential safety functions at the site and for households, factories and others through the grid."

The Zaporizhzhia nuclear power station, in a statement, said the fifth reactor was switched off "as a result of constant shelling by Russian occupation forces" and that there was "insufficient capacity from the last reserve line to operate two reactors."

Deteriorating conditions amid the shelling have prompted fears of a radiation disaster that the International Red Cross has said would cause a major humanitarian crisis. read more

Ukraine and the West accuse Russia ofstoring heavy weapons at the site to discourage Ukraine from firing on it. Russia, which denies the presence of any such weapons there, has so far resisted international calls to relocate troops and demilitarise the area.

Russia's defence ministry on Saturday accused Ukrainian forces of mounting a failed attempt to capture the plant, but Reuters was unable to verify the report. read more

In its announcement on Friday that it would not resume shipments through the Nord Stream 1 pipeline as had been expected, Russia's state-controlled energy giant Gazprom (GAZP.MM) blamed a technical fault.

Gazprom said on Saturday that Siemens Energy (ENR1n.DE) was ready to help repair broken equipment but that there was nowhere available to carry out the work. Siemens said it has not been commissioned to carry out maintenance work for the pipeline but it is available. read more

Nord Stream 1, which runs under the Baltic Sea to supply Germany and others, had been due to resume operating after a three-day halt for maintenance on Saturday at 0100 GMT.

Finance ministers from the Group of Seven wealthy democracies - Britain, Canada, France, Germany, Italy, Japan and the United States - on Friday said a cap on the price of Russian oil aimed to "reduce ... Russia’s ability to fund its war of aggression whilst limiting the impact of Russia’s war on global energy prices". read more

The Kremlin said it would stop selling oil to any countries that implemented the cap.

The Ukrainian armed forces' general staff on Saturday said its forces had repelled Moscow's advancements in various areas, particularly in eastern Ukraine as Russian forces sought to push through the Donetsk region.

Fighting also continued in the Kharkiv region and the south, Zelenskiy said on Saturday.

Russia invaded Ukraine on Feb. 24 in what it calls "a special military operation." Kyiv and the West have said it was an unprovoked aggressive war against a former part of the Soviet Union.

More than six months later, Russia has pressed ahead as the United States and other countries have pledged fresh military aid for Kyiv.

Ukraine had launched a counter offensive earlier this week after several weeks of relative stalemate in the conflict that has seen thousands killed and millions displaced. It targets the south, particularly the Kherson region, occupied by Russians early in the conflict.

KYIV, Sept 6: Power at a critical nuclear plant in Ukraine was all but cut off on Monday for the... Read More...