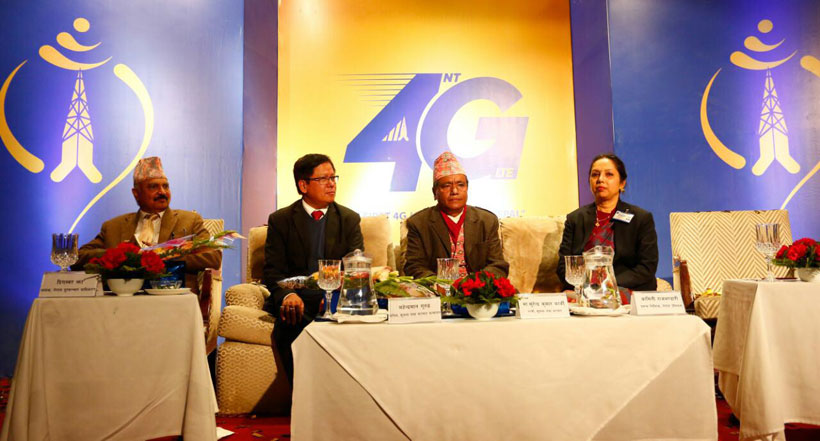 Minister for Information and Communications Surendra Kumar Karki inaugurated the service at a special function in Kathmandu.

According to NT, 4G services are available in most parts of Kathmandu and Pokhara, although it will initially be available only for post-paid phone service subscribers.
“Post-paid users can activate the service by dialing *444#,” NT said, adding that pre-paid service subscribers have to wait until February 4.

Compared to 3G services currently in use, 4G services will have double the speed for internet services, the service provider added.
“Under a 4GB Promotional Package, Nepal Telecom has offered 1GB data free for four days.”
4G is the fourth generation of wireless mobile telecommunications technology, succeeding the 3G currently in use in Nepal.

Before that, they were too slow to allow subscribers to do all the things that make smartphones ‘smart’ -- like streaming videos, quickly surfing the web and downloading music.

But 4G really allows technologies in smartphones to spread their wings. That is because they a lot faster than 3G.
So when a subscriber wants to download an app or stream a TV show in HD, it can be done without buffering and lag.

Girish And The Chronicles live in capital

Indian rock/metal band, Girish and The Chronicles are all set to play at Lord of the Drinks, Kalika Bhagwatisthan on... Read More...