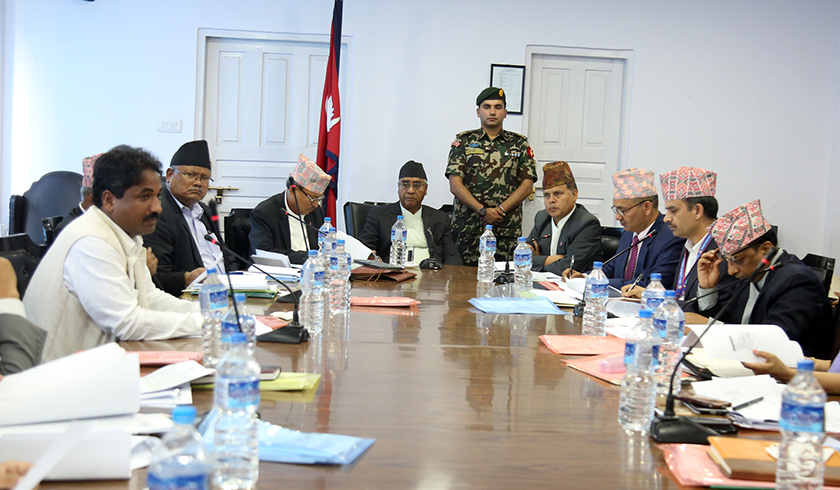 KATHMANDU, July 12: The board committee of the Nepal Reconstruction Authority (NRA) has approved Rs one hundred 45 billion budget for upcoming fiscal year 2017/18.

A meeting of the board under the chairmanship of Prime Minister Sher Bahadur Deuba held at Singha Durbar on Wednesday approved the budget for the NRA for upcoming fiscal year, as stated by the spokesperson of the NRA, Yam Lal Bhushal. He added that the allocated budget will be utilized for reconstruction and reestablishment projects through various departments.

Bhushal said that the NRA will run a mega campaign to reconstruct the private homes in upcoming fiscal year. “The first installment will be provided by mid-October whereas the authority has fixed a dateline to receive the second and third installments”, he added.

He claimed that one hundred fifty thousand owner will receive proper houses before Dashain. After the election of representatives in the local units, the reconstruction work has accelerated in full speed, he stated.

He accepted that there has been delay in the reconstruction. He, however, claimed that the work in progress is very satisfactory in comparison to the similar task in Gujarat, Pakistan, Indonesia among others. He informed that the NRA will work in the same model in 17 earthquake-hit districts that has been applied in highly earthquake affected 14 districts.

Vice-chairperson of the board and leader of CPN-UML Bhim Rawal accused NRA for its failure to work according to the action plan. He criticized the sluggish work in progress of the NRA and the failure to meet the action plans.

This is the first meeting of PM Deuba in the capacity to the post.

DHANGADHI, June 30: The second assembly meeting of the Province-7 held today has endorsed a bill prepared to implement the... Read More...