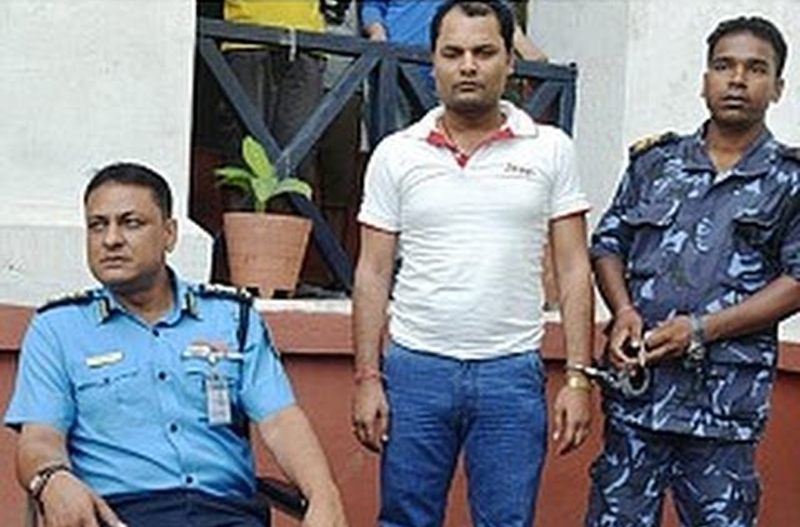 KATHMANDU, May 11: Notorious Indian criminal Bablu Dube, who was the mastermind behind the abduction of Birgunj entrepreneur Suresh Kediya, has been killed on the premises of Betiya court.

The police investigation revealed that Dube was the kingpin behind the abduction of Birgunj entrepreneurKediya last year. He was killed on the premises of Betiya court in Bihar, India on Thursday.

According to Indian newspaper India Today, two motorcycle-borne armed gang shot Dube dead on the premises of Betiya court. He died on the spot after the armed gang opened fire at him.

Dube had been hiding in Nepal. He was arrested at Sitapaila in Kathmandu last year before he was repatriated to India.

He had mobilized a gang to abduct Kediya from the prison and taken him to India.

Abducted in 2016, Kediya had been freed at the joint effort of Nepal police and  India police.

Dube’s involvement in Kediya’s abduction came to the fore following the arrest of five people including Chanchala Pandey, Birendra Yadav, Jiya Lal Yadav. The investigation showed that Chanchala had abducted Kediya and took him to India at the behest of Dube. He was not arrested as he was serving jail term.

Criminal Dube of Champaran Motihari was arrested in Nepal four years ago.

Dube, who featured in the most wanted list of Indian police, was arrested by a police team deployed from Narayan Zonal Police Office, acting on a tip-off that he was hiding in Nepal.

Dube is the main henchman of notorious criminal Santosh Jha of Bihar against whom as many as 36 cases related to murder, abduction and extortion had been filed at the Betiya court.  Dube was arrested on May 28, 2016 from an apartment based in Sitapaila.

LAHORE, Sep 25: A petition was filed today in the Lahore High Court seeking a ban on the exhibition of... Read More...

COVID-19 spread may accelerate in winter, warn scientists
5 hours ago

Kathmandu district alone has 42.34 percent of total active cases in Nepal
3 hours ago