The road near my friend’s house has been dug up and left as it is for the last few months. Every time I ride my bike through that road, all I can think of is what a nightmare it is going to be during the monsoons and if anything at all is being done about it. I’m not alone in wondering if anything is actually being done for the capital at large in terms of managing roads and general maintenance of public property and spaces.

We have all given up hope on the mayor being able to do anything other than warm his seat and for all those who voted for him I hope you’re enjoying your daily dose of ‘capital punishment’ because the rest of us certainly are not. The ineptitude and dearth of any kind of leadership at the KMC is crippling for us all because the problems plaguing our city requires not a politician’s flowing tongue or sociability but an administrator’s detailed focus on the fundamentals.

Tackling the capital’s problems requires coordination with and cooperation of a multitude of government agencies – from Department of Roads to Department of Transport Management, Environment Ministry, the Nepal Electricity Authority to name a few – each with its own black hole of corruption and bureaucracy. In this setting, a strong leader can act as a focal point, exert influence and integrate the efforts all the agencies to mitigate the problems facing valley folks.

After all, the issues are very basic in nature – all permeating dust and pollution, bad roads, hap hazard construction, lack of potable water, traffic snarls just to name a few. And instead of going back to the drawing board and looking for solutions to these fundamental problems, the KMC is content on launching one far-fetched initiative after another. Honestly, even their staffers might find it hard to keep track of these campaigns – Kathmandu Ujyalo, City Beautification – all of which, for the record, have been non-starters.

And the funny thing is that the majority of them inevitably have something to do with the word smart. From smart dustbins to smart zebra crossings, smart street lamps to making the entire city smart. It’s like someone within the mayor’s office has a smart fetish! To be honest, none of us really care about all these smart initiatives. Well, we do care but it’s just that when it does end up happening we won’t be alive to see any of it.

Why not start with baby steps instead of lofty dreams? The KMC is busy trying to sell monorails in a country where the completion of an underpass (donated by another country) is seen as a modern miracle. What we need instead of stupid slogans designed to fool the public is just application of common sense. Take for example the not insignificant task of clearing the roads of dust – the KMC procured broomer machines worth Rs 108 million (Rs 10.8 crores). Where exactly in this valley are they going to use those machines? Well, I certainly hope it’s not in the Boudha-Jorpati stretch of road!

Jokes apart, instead of wasting taxpayer money on apparently ‘smart’ automation, couldn’t they have used the huge number of sweepers they employ on a daily basis to sweep the roads of the dust? Equip them with better tools and set up a mechanism for disposal of the dust and debris and it might have produced better results than those useless machines. Just having the will and simply using the resources we have ‘smartly’, produces outstanding results, as Kulman Ghising demonstrated not a long while ago. But then again, in government offices the procurement game and its ‘benefits’ is a whole different ballgame altogether! That’s another story for another day.

If the KMC was really serious about anything apart from sloganeering, there is an army of people ready to help. You just need to fire people’s (read young folk) imaginations and make them believe in a cause. See young people in droves cleaning the Bagmati every Saturday? That initiative was started by a civil servant! If our young people can rise to a hashtag challenge (trashtag challenge) spawned on the internet, a little motivation can help them move mountains for the city they live in.
In a good move to engage the youth, the KMC has recently started a Smart Urban Technology Challenge to – in their own words – look for sustainable and modern-technology-based solutions to address the current/future problems related to urban development of Kathmandu Metropolitan City. While technology will undoubtedly help us improve processes, communications, planning, organizing and integrating different ideas there is only so much it can do.

Unlike the solutions we seek, our problems are pretty dumb – aka third world problems. In relying too much on technology we risk papering over huge cracks which happen to be issues of good governance and a sense of duty that our officials and elected representatives must first feel towards the city they live, breathe and work in. If that is absent, then I’m afraid no amount of so-called ‘smart’ tech is going to help us. 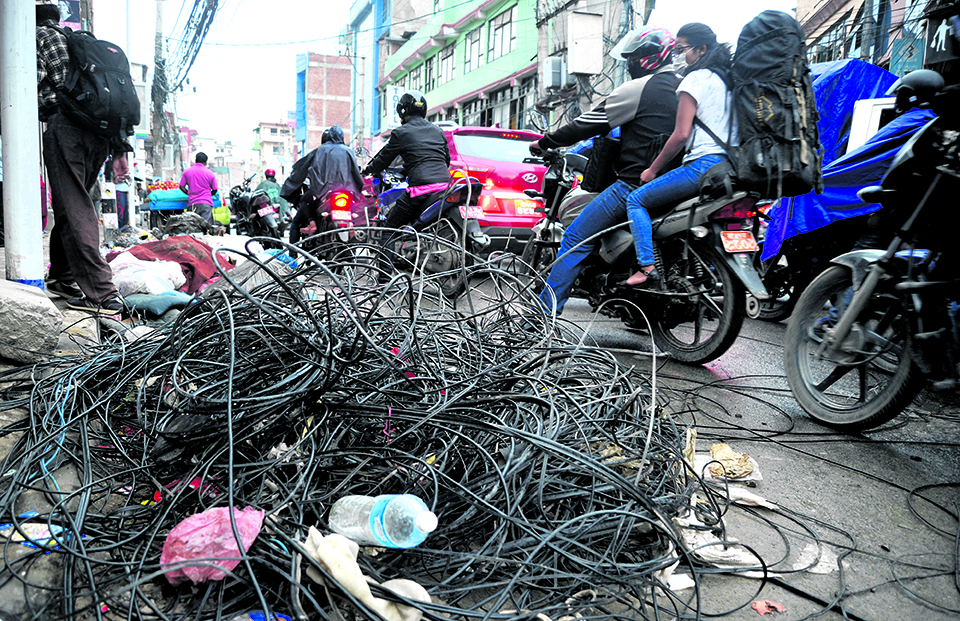