Not shy or anti-social, just an introvert 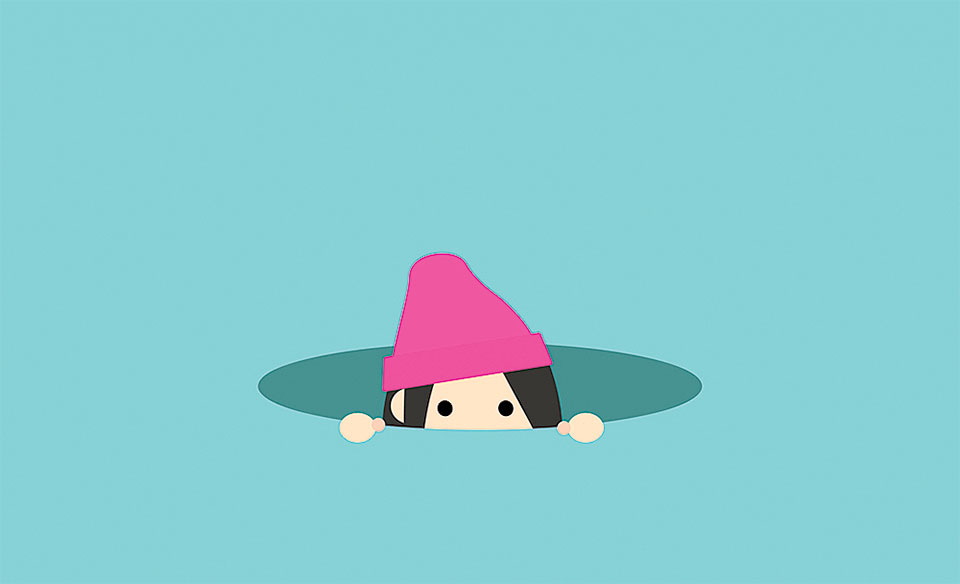 Sugam Thapa, second-year student at KUSOM, dreads presentations, especially if they’re group presentations. She would rather present her ideas to a teacher individually, preferably somewhere quiet. This is because she feels extremely anxious speaking up in front of large crowds and can’t open up easily before strangers.

Safe to say, Thapa is an introvert.

Because of how she tends to sit quietly around most people, she is often deemed anti-social and people have even gone as far as to call her “creepy”.

“I feel extremely uncomfortable when I’m around new people, so much so that having to speak even a few words makes me anxious,” she says. Though she’s engaging and expressive around her close-knit circle, it’s new places and stimulations that she needs a little time to get used to.

Similarly, Adita Karki, another student that The Week spoke to, says she pretty much keeps to herself when she’s somewhere new, mainly so that she can get used to the surrounding.

Just like Thapa, she has been branded as anti-social, with people telling her to “speak up” or pestering her by repeatedly asking why she is so quiet most of the times.

“As people have been saying it to me since I was a child, I’m used to it now,” she says.

Both Karki and Thapa claim that shyness is a part of their nature and call themselves introverts. However, introversion and shyness don’t necessarily mean the same thing. According to verywellmind.com, introversion is defined as a personality trait characterized by a focus on internal feelings rather than on external sources of stimulation. And introverts make up an estimated 25 to 40 percent of the world population.

The terms introversion was popularized through the work of Carl Jung, a Swiss psychiatrist and psychoanalyst, and later became a central part of other prominent theories including the big five theories of personality. According to the theory, everyone has some degree of both introversion and extroversion. However, people often tend to tilt one way or the other.

One of the major characteristics of this personality type is that introverts have to expend energy in social situations.

Sachhyam Man Singh Pradhan, a student at St. Xavier’s College in Maitighar, Kathmandu, also identifies as an introvert. “Though I’m not shy and can speak my mind whenever I want to, it’s true that being in a social setting drains my energy,” he says. Whenever he feels that his social-battery is draining, he sticks to listening to people instead of constantly engaging in a conversation, as he thinks people around him would feel uncomfortable if he just upped and left.

Another introvert Avatar Pathak says that along with being branded a “mood-killer” for not being very engaging during social gatherings, introverts also face several other challenges in our society. “Whenever I tell my parents that going to a wedding or large gatherings is actually quite taxing, they label it as a silly excuse,” he says. “And when I say I need some solitude to re-energize myself, they say I’m anti-social.”

According to him, our society prefers extroverts over introverts. “In school, even if a student is excellent in class but keeps to him/herself, he/she is told to be more outgoing,” he says.

Susan Cain, author of the book Quiet: The Power of Introverts In a World That Can’t Stop Talking, claims that society has a cultural bias towards extroverts. For instance, schools put children in big classrooms (a high-stimulation environment) and job-interviews demand people to be charismatic and magnetic in the very first encounter.

Moreover, nowadays people believe in the idea of “group-think” which claims creativity and productivity come from conversations and discussions with one another. Though the idea is well intended, it’s proven introverts actually perform well individually and in a low-stimulating environment.

Brinda Thapa, a PsyD based in Kathmandu, agrees with Pathak’s claim that society does indeed prefers extroverts over introverts. “People who more are expressive are well-liked because others can reciprocate their energy and talk and interact more openly. But as introverts tend to be more withdrawn and don’t open up so easily, they can be thought of as unhappy or cold, even though they are pretty happy with themselves,” she says.

According to her, one thing people don’t realize is that introversion is not a social construct but something that’s inherent and often even hereditary. “You can’t change an introvert into an extrovert because it’s something biological and is embedded in the genes,” she says.

Furthermore, Thapa explains that the way your body responds to the outside environment plays a critical role in determining your level of extroversion and introversion. “There is a major difference in how the neurons work in the brains of an introvert and extroverts,” she says.

According to research done by psychologist Hans Eysenck, on a physiological level, a network of neurons located in the brainstem known as the reticular activating system (RAS) is responsible for regulating arousal levels including wakefulness and transitions between sleeping and waking.

Introverts are those who have naturally high levels of arousal. Because introverts tend to experience chronically high arousal levels, they tend to seek activities and environments where they can escape from overstimulation.

“As introversion is something that plays out biologically, there is no point in trying to change your children or yourself into someone who is extroverted just so you become well-known or liked in the society,” says Thapa.

She adds that people should be aware of personality types like introverts, extroverts, and ambiverts so that they can assess the person they are interacting with and act accordingly.

Pradhan also agrees with Thapa’s argument that people need to know more about introversion and other personality types. “This can help people be more acceptable of introverts and introverts can be themselves without being considered snobbish, arrogant or shy,” adds Pradhan.

“The first thing we should stop doing is shaming children for being an introvert or tell them to be more like their extrovert friends, as it might make them feel that they are at fault, even when it’s something that they were born with,” explains Thapa.

Moreover, despite the general preference for extroverts, introverts should accept their personality and focus on its numerous advantages (introverts tend to be more creative, more focused, more independent and can cultivate deeper connections with people than extroverts).

“Introvert or not, I think the world would be a better place if we accepted our differences and let each of us be our own selves,” concludes Thapa.

5 Tips to ace the interview while introverted

Does it feel like the world is tailor-made for extroverts? You can spot them everywhere, from the kindergarten pick up... Read More...

Euphoric Music Fest is all set to take place at Bhrikuti Mandap, Kathmandu on Saturday. Tuborg is organizing the musical... Read More...

Smart lockdown to be enforced, int’l flights to resume
35 minutes ago