Not Another Arab Spring 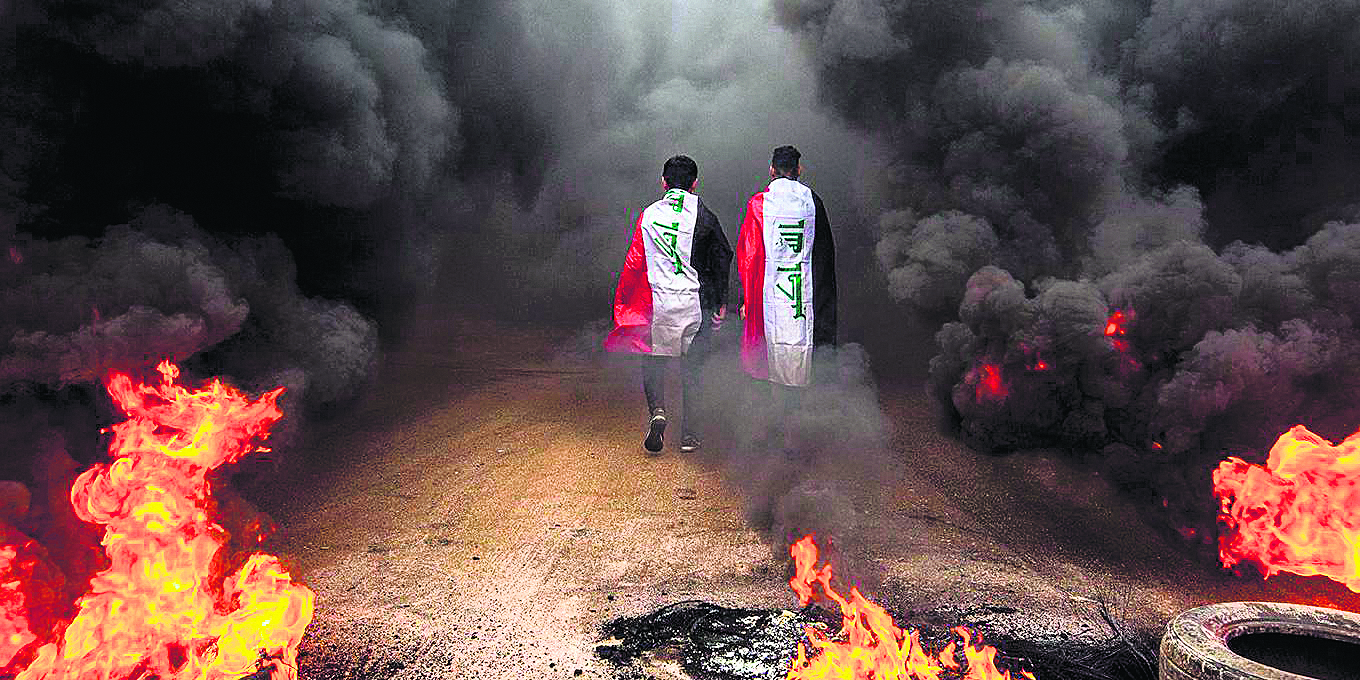 TEL AVIV : “A specter is haunting the rich world. It is the specter of ungovernability,” began an editorial in The Economist earlier this year, paraphrasing the opening line of the Communist Manifesto. But it is not only the West that is grappling with ungovernability. Across the Arab world, protesters have been making it clear that they will be ungovernable until their leaders deliver good governance.

The immediate triggers of the protests vary by country. In Algeria, it was President Abdelaziz Bouteflika’s announcement of his candidacy for a fifth term that sent people pouring into the streets. In Egypt, it was the government’s tightening of its food-subsidy program, which provides basic goods like rice to millions of people. In Iran, a 50 percent increase in previously highly subsidized fuel prices was to blame; in Sudan, high prices and bread shortages; and in Lebanon, a proposed tax on voice calls on apps like WhatsApp.

But these sparks caused conflagrations only because there was already plenty of kindling. Even after Bouteflika resigned, Egypt re-enrolled 1.8 million people in its food-subsidy program, and Lebanon canceled the WhatsApp tax, protests raged on.

It is tempting to assume that, as with the 2011 Arab Spring uprisings, the public’s longing for democracy is fueling today’s fires. But the Arab Spring devolved into winner-take-all Islamist rule in some cases, and virtual state collapse in others. Now too jaded to expect fully democratic governments (the army, in most people’s view, will always rule in the end), today’s protesters are demanding functioning, reasonably accountable ones.

Any functioning state, democratic or not, depends on a social contract, in which governments derive their legitimacy from their ability to provide conditions for steady economic progress, secure jobs, and a reliable social safety net. Arab dictatorships, beholden to obscure economic interests and shielded by corrupt and unaccountable security apparatuses, have consistently violated this contract.

Recent developments—such as declining oil revenues and, in Egypt, structural adjustment demanded by the International Monetary Fund—have exacerbated Arab populations’ economic travails, pushing many people to the breaking point. In Iraq, frustration with corruption and unemployment is so acute that a clear immediate trigger wasn’t even needed to drive people into the streets.

These protesters are, by and large, motivated by concrete material demands, such as more jobs, better public services, and lower living costs, as well as anti-corruption measures. This approach, they hope, will enable their movement to avoid the fate of the Arab Spring, not least because support for it cuts across sectarian lines.

The 2011 Arab Spring uprisings failed partly because of the deep societal cleavages—between Shia and Sunni, Druze and Kurd, radical Jihadist and political Islamist, Berber and Arab, and Christian and Muslim—that they exposed. Embattled autocrats quickly seized upon these tensions to weaken the opposition and reassert their authority.

Algeria, Iraq, Lebanon, and Sudan have no shortage of ethnic and religious cleavages, including histories of sectarian conflict. Yet protesters there have been willing and able to transcend their differences. “No Berbers, no Arabs, no ethnicity, no religion! We are all Algerians,” protesters in Algiers shouted. It is as if they still subscribe to the fragile promise of a pluralistic Arab nation-state.

To be sure, there have been calls for sweeping political reforms. In Lebanon, even after Prime Minister Saad Hariri unveiled a raft of economic reforms, protests continued, with many hoping to topple the entire political class. In Algeria, protesters boycotted the presidential election that followed Bouteflika’s ouster, on the grounds that all of the candidates were closely linked to his rule.

But inter-ethnic harmony will always be easier to achieve when protesters focus on shared economic grievances, rather than grandiloquent dreams of democracy and nation-building. In Lebanon, the political system protesters are attempting to upend is fundamentally sectarian – one that is now hostage to Hezbollah’s and Iran’s regional designs.

Yet in the long run, the people’s best hope of challenging incumbent powers would be a broad inter-ethnic coalition. Hezbollah’s violent opposition to the protests in Lebanon shows how a cross-ethnic civic agenda threatens an all-consuming culture of resistance that empowers some.

For now, even as the protesters avoid some of the pitfalls of the 2011 uprisings, they remain highly vulnerable. They are confronting powerful repressive apparatuses with neither compelling leaders nor clear strategies. In Iraq, protesters have been shot dead by police. In Iran, the death toll exceeds 300, while arrests number in the thousands. Egypt, too, has carried out thousands of arrests, with journalists among the security forces’ leading targets.

Given that no foreign power is willing to intervene to stop the crackdowns, the odds are against the protesters. At least in 2011, the West, led by the principled US President Barack Obama, supported the Arab world’s push for democracy. Today, Donald Trump—who has little interest in any of America’s international responsibilities, and once called Egyptian President Abdel Fattah el-Sisi his “favorite dictator”—is setting the tone. Europe, for its part, is struggling to rein in its own rising authoritarian and proto-fascist movements.

Today’s Arab protesters have adjusted their tactics and objectives to reflect the lessons of the Arab Spring. They may win some concessions aimed at making them governable again; indeed, they already have. But whether they can overcome the resistance of their governments’ repressive apparatuses to secure genuine governance improvements remains far from certain.

GARDEZ, Aug 3: More than two dozen people have been killed in a bombing at a Shia mosque in eastern... Read More...