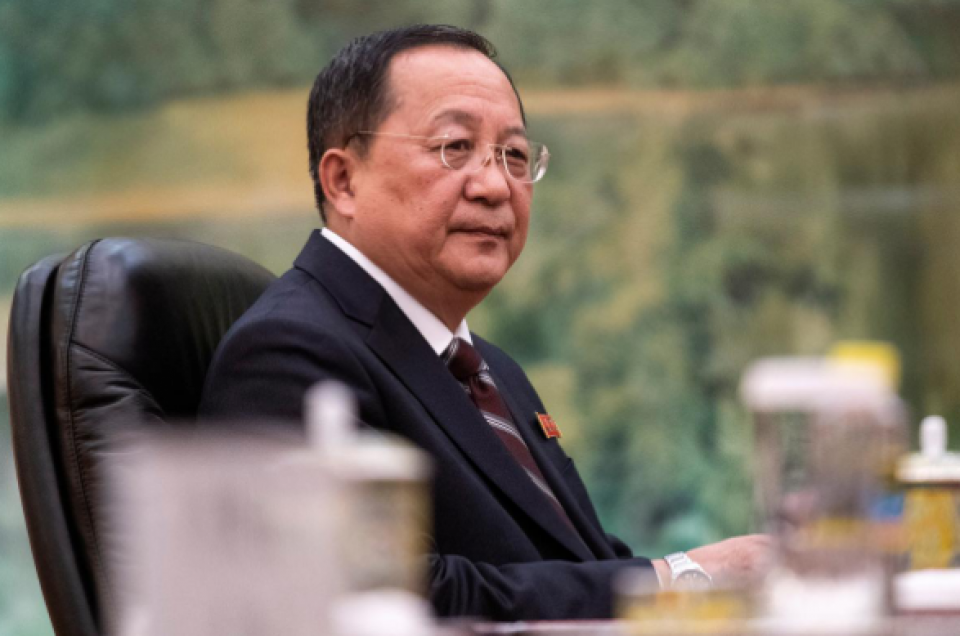 UNITED NATIONS, Sept 5: North Korea has told the United Nations to cut the number of international staff it deploys in the country because the world body’s programs have failed “due to the politicization of U.N. assistance by hostile forces,” according to a letter seen by Reuters on Wednesday.

The United Nations estimates 10.3 million people - almost half the country’s population - are in need and some 41 percent of North Koreans are undernourished, while Pyongyang said in February it was facing a food shortfall this year and had to halve rations, blaming drought, floods and sanctions.

“U.N. supported programs failed to bring the results as desired due to the politicization of U.N. assistance by hostile forces,” Kim Chang Min, secretary general for North Korea’s National Coordinating Committee for the United Nations, wrote to the top U.N. official posted in the country.

In the Aug. 21 letter, Kim said the number of international staff should be cut by the end of the year.

North Korea wants the number of international staff with the U.N. Development Programme to be cut to one or two from six, the World Health Organization to four from six and the U.N. Children’s Fund (UNICEF) to cut its 13 staff by one or two.

Kim said the number of international staff with the World Food Programme should be reduced “according to the amount of food aid to be provided” once the agency and North Korean agree how to implement a plan for 2019 to 2021.

There was also no need for a humanitarian aid coordination officer, Kim wrote, adding that U.N. aid officials could instead “visit as and when required.”

The United Nations did not immediately respond to a request for comment.

“Historically there’s been a critical lack of international expertise and oversight and capacity to monitor the use of the assistance that is provided,” said a U.N. diplomat, speaking on condition of anonymity.

“We’re deeply surprised by this turn of events in part because this is when the needs have grown and the U.N. has been trying to mobilize support to scale up assistance in country,” the diplomat said.

The move comes amid stalled talks between the United States and North Korea aimed at dismantling Pyongyang’s nuclear and missile programs. The U.N. Security Council has unanimously ratcheted up sanctions on North Korea since 2006 in a bid to choke funding for those programs.

“This is coming at a time where both Russia and China are pushing a false narrative that sanctions are causing the humanitarian problems in North Korea and the only way to solve that is to give North Korea sanctions relief,” the diplomat said.

Russia’s U.N. ambassador, Vassily Nebenzia, told reporters on Tuesday that unilateral sanctions imposed on North Korea by other countries and some strict interpretations of U.N. sanctions were hindering humanitarian work.

“The population of North Korea should not suffer under those sanctions that have been imposed illegitimately,” he said.

SEOUL, Nov 1: Sexual abuse by officials in positions of authority in North Korea appears to be “endemic”, a watchdog... Read More...