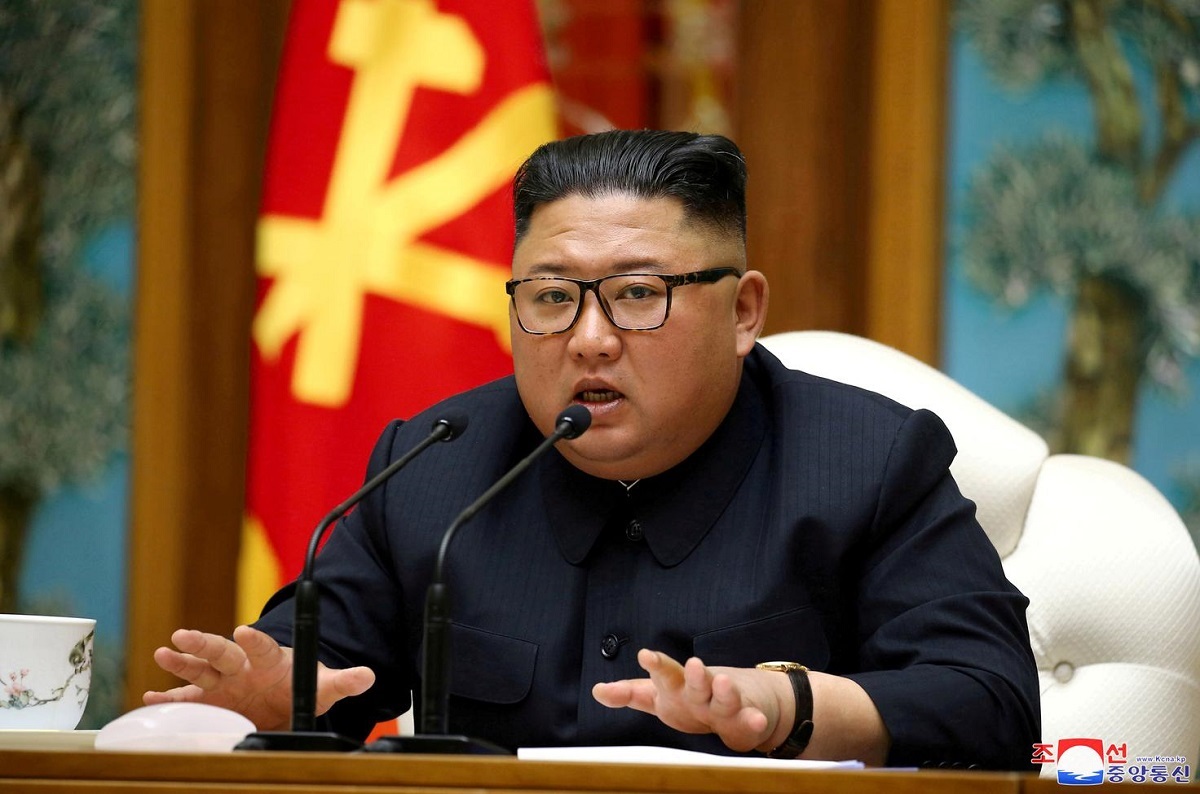 Kim announced his initial five-year development plan with goals of improving North Korea’s power supply and agricultural and manufacturing production during the last Workers’ Party congress in 2016, which was its first in 36 years.

Experts say COVID-19 clearly derailed some of Kim’s major economic goals after North Korea imposed a lockdown that significantly reduced trade with China — its major ally and economic lifeline — and likely hampered its ability to mobilize its workforce.

Kim last week sacked his premier after an evaluation of the Cabinet’s performance in economic policies. He also said the country was facing a dual challenge of fending off COVID-19 and repairing damage from torrential rain that lashed the country in recent weeks, destroying thousands of homes and nearly 100,000 acres of crops. Kim insisted North Korea will keep its borders shut and reject any outside help.

“North Korea had originally planned to lavishly celebrate its economic achievements (from Kim’s first five-year plan) at the Oct. 10 celebration of the 75th anniversary of the party’s founding ... but couldn’t foresee the huge setbacks,” caused by COVID-19 and floods, said Cheong Seong-Chang, a senior analyst at South Korea’s Sejong Institute.

While scheduling the new party congress for January likely reflects hope that the pandemic would ease by then, North Korea may struggle to fully revive cross-border trade, especially if its poor healthcare system continues to raise concern, Cheong said.

The Workers’ Party said the North’s economy has “not improved in the face of the sustaining severe internal and external situations and unexpected manifold challenges” and that development goals have been “seriously delayed and the people’s living standard (has) not been improved remarkably.”

The party congress in January will “set forth a correct line of struggle and strategic and tactical policies” after reviewing the experience of the last five years, it said in a statement published on KCNA.

The report didn’t directly mention nuclear diplomacy with the United States, which has stalled over disagreements in exchanging sanctions relief and denuclearization steps. But It’s possible Kim could use the party congress, which would take place after the U.S. presidential election in November, to announce a new foreign policy approach toward the United States and rival South Korea.

Kim’s economic setbacks have left him with nothing to show for his high-stakes summitry with President Donald Trump. Their diplomacy deteriorated last year in Vietnam, after their second meeting, when the Americans rejected North Korea’s demands for major sanctions relief in exchange for a partial surrender of its nuclear capabilities.

Some experts say the North would likely avoid serious negotiations with the United States before the election since U.S. leadership could change.

“By January, (Kim) will know the result of the U.S. presidential election so may update North Korea’s position on denuclearization talks,” said Leif-Eric Easley, a professor at Ewha University in Seoul.

“However, North Korea continues to expand its capabilities despite economic challenges and independent of diplomatic signaling. While much of the world is focused on the pandemic and contentious elections, the Kim regime is advancing its nuclear, missile and cyber programs for coercion, not just deterrence.”

During the 2016 congress, Kim declared his country will not use its nuclear weapons first unless its sovereignty is invaded and he proposed talks with the South. South Korea had employed a hard line until the 2017 inauguration of President Moon Jae-in, a dovish liberal who met Kim three times in 2018. But bilateral relations have cooled amid the stalemate in the U.S. nuclear diplomacy and Seoul’s refusal to defy the sanctions.