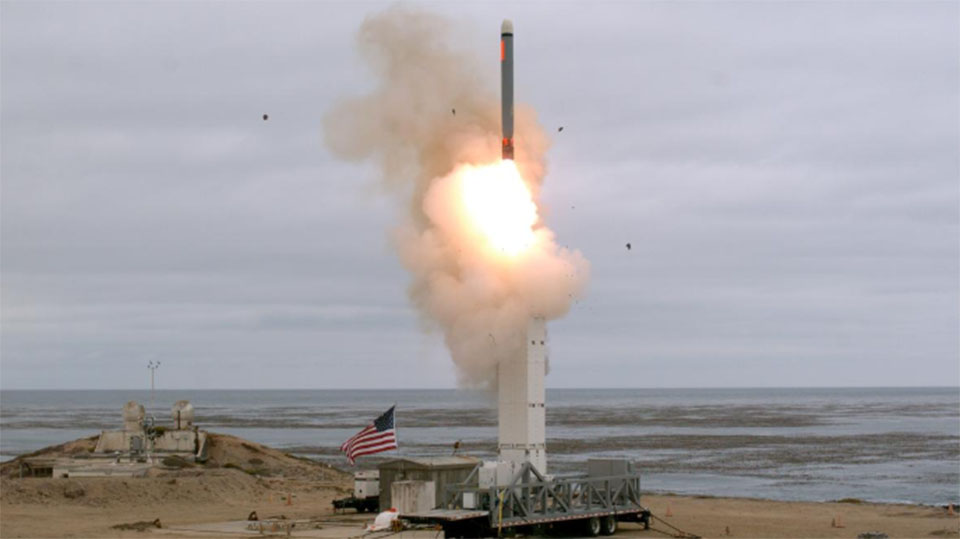 SEOUL, Aug 22: A North Korean spokesman said on Thursday the United States’ recent mid-range cruise missile test and plans to deploy F-35 jets and offensive military equipment around the Korean peninsula were “dangerous” moves that would “trigger a new cold war” in the region.

North Korea remains unchanged in its position to resolve all issues through dialogue and negotiation, a North Korean Foreign Ministry spokesman said, but “dialogue accompanied by military threats is of no interest to us,” according to state media KCNA.

“Dangerous and unusual military moves are now on the horizon, which would trigger a new cold war on the Korean peninsula and in the region,” the statement added.

Working-level talks between the United States and North Korea have yet to restart since they were stalled by the failed second summit between U.S. President Donald Trump and North Korean leader Kim Jong Un in Hanoi in February.

Trump and Kim met again in June at the inter-Korean border and agreed to reopen negotiations.

U.S. envoy Stephen Biegun, who leads working-level talks with North Korea, has been in Seoul since Tuesday after a stop in Japan to discuss the denuclearization of North Korea.

“We are prepared to engage as soon as we hear from our counterparts in North Korea,” Biegun said on Wednesday.

The Pentagon said on Monday it tested a ground-launched cruise missile with a range of more than 500 km (310 miles), the first such test since the United States pulled out of the Intermediate-range Nuclear Forces Treaty (INF).

North Korea has fired several short-range missiles in recent weeks, citing the need to strengthen its own security.