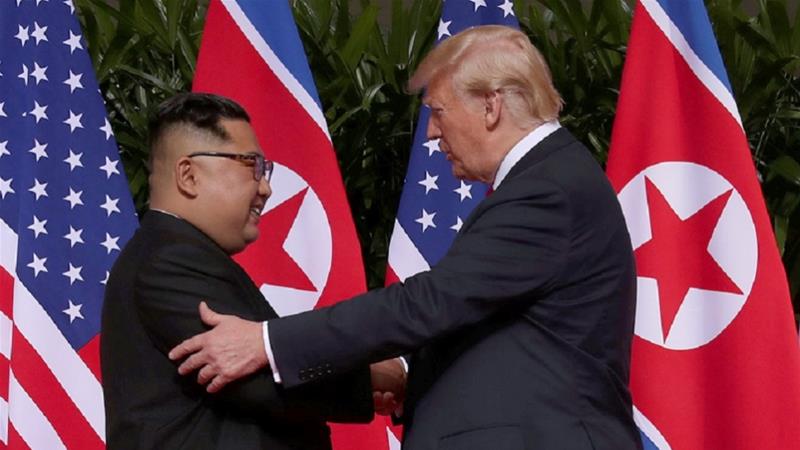 SEO, Dec 20: Any deal for North Korea to give up its nuclear arsenal must include “completely removing the nuclear threats of the U.S.”, North Korean state media said on Thursday, in one of the clearest explanations of how North Korea sees denuclearization.

U.S. President Donald Trump and North Korean leader Kim Jong Un issued a statement after a historic meeting in Singapore in June reaffirming the North’s commitment to “work towards completion of the Korean Peninsula” and including U.S. guarantees of security to North Korea.

Conflicting or vague views of what exactly “denuclearization ” means, however, have complicated negotiations that now appear stalled.

“When we refer to the Korean peninsula, they include both the area of the DPRK and the area of South Korea where aggression troops including the nuclear weapons of the U.S. are deployed,” the North’s state-run KCNA news agency said in a commentary, using the initials of North Korea’s official name, the Democratic People’s Republic of Korea.

North Korea rejects American calls for it to unilaterally denuclearize, and Washington should “give up its ambition” to force Pyongyang to abandon its nuclear weapons by “high-handed practices and pressure”, the news agency said.

The United States needs to understand the phrase of the Korean peninsula “before it is too late”, it said.

A spokesman for South Korean President Moon Jae-in - who has said Kim intends to achieve “complete denuclearization ” - declined to comment on the North Korean call to lift the U.S. nuclear protection from South Korea, saying there was “no need to respond to every KCNA comment”.

The United States has said that it will not lift sanctions on North Korea until more progress has been made toward its verifiable denuclearization.

The United States has also rejected any suggestion that it would reduce its military presence in the region as part of a deal with North Korea.

But in a surprise step after the June summit, Trump announced that the Pentagon would cancel most of its largest military exercises conducted with the South Koreans.

The exact definition of is likely to be raised again as Trump has said he is working to meet again with Kim sometime early next year.

“It is a self-evident truth that the denuclearization of the Korean peninsula is a joint work which can never come true unless the DPRK and the U.S. make joint efforts,” KCNA said in the commentary, arguing that U.S. threats had forced North Korea to develop a nuclear deterrent.

“It would be proper to say that the denuclearization of the Korean peninsula means ‘completely removing the nuclear threats of the U.S. to the DPRK’, before it means the elimination of its nuclear deterrence.”

At a press briefing in Washington on Tuesday, U.S. State Department spokesman Robert Palladino said he would not “split words” when asked about whether the promise of “of the Korean peninsula” means only North Korea or the broader region.

“We are focused on the of North Korea,” Palladino said. “We remain confident and we look forward to the commitments that Chairman Kim and that President Trump have made.”

SEOUL, South Korea, Dec 3: North Korea on Tuesday repeated its assertions that the Trump administration is running out of... Read More...