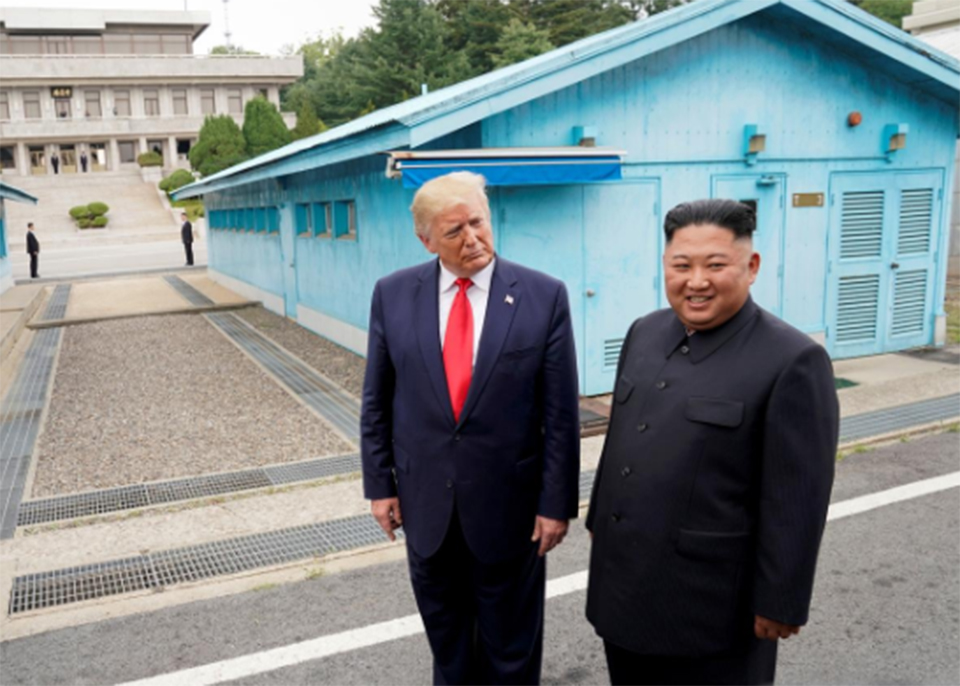 The letter, the second Trump received from Kim last month amid stalled denuclearization talks between the two countries, pre-dated North Korea’s latest launch of short-range projectiles a week ago.

In the second letter, which was passed to Trump in the third week of August, Kim spoke of his willingness to meet Trump for another summit, one source reportedly told the Joongang Ilbo newspaper.

The White House, the U.S. State Department and the North Korean mission to the United Nations all did not immediately respond to requests for comment.

Trump and Kim have met three times since June last year to discuss ways to resolve a crisis over North Korea’s missile and nuclear programs, but substantive progress has been scant.

The pair last met at the Demilitarised Zone (DMZ) between the two Koreas in June and agreed to restart working-level negotiations that had been stalled since an unsuccessful second summit between the two leaders in Vietnam in February.

Trump subsequently said he would be willing to meet Kim at some point later this year.

Trump said on Aug. 9 he had received a three-page “very beautiful letter” from Kim and added he could have another meeting with him.

SEOUL, May 24: North Korea said on Friday an “arbitrary and dishonest” U.S. position had resulted in the failure to... Read More...