None can evade elections: Minister Pandey 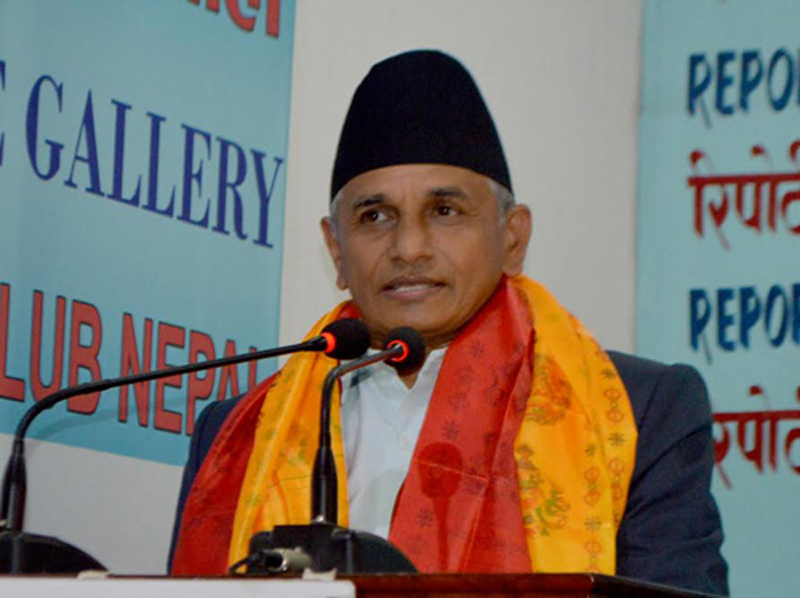 BHAKTAPUR, Sept 19: Minister for Federal Affairs and Local Development Hitraj Pandey has reaffirmed that the constitution-mandated elections would be held within the stipulated time and nobody and nothing could stop it from taking place in.

Speaking at an interaction programme organised by Rafat Sanchar Club here today, Minister Pandey shared that the Election Commission of Nepal was undertaking preparations for the same.

Calling for unity and cooperation among the political parties for holding elections on time, Pandey argued that if the elections were not held on time, it would lead to constitutional crisis.

He was of the opinion that the difficulties and differences regarding the enforcement of the new constitution could be addressed through political means.

Stating that the new national charter was a dynamic document and it could be amended to incorporate the voices of all Nepali public, he assured that the incumbent government was effortful to address genuine demands of the Madheshi people.

Touching on the Prime Minister Pushpa Kamal Dahal's recent four-day state visit to India, Minister Pandey expressed his confidence that the visit was helpful in sorting out the misunderstandings seen of late between two close neighbours. RSS

Nepal Army Day observed in capital (with photos)
19 hours ago

Nepali communists have tendency of turning corrupt once they make it to power: Dahal
20 hours ago