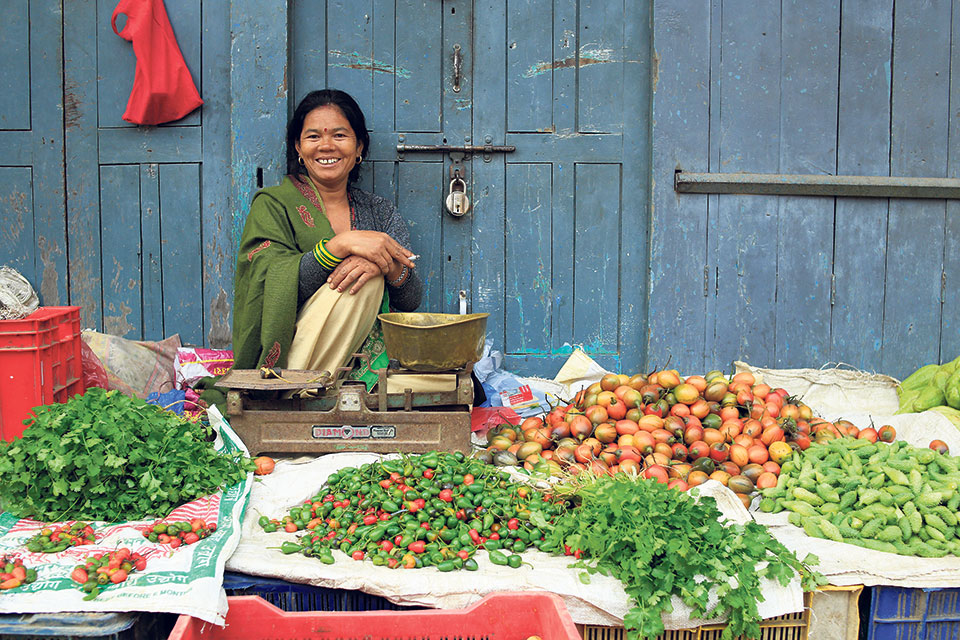 KATHMANDU, Jan 8: The price of non-food items and services have been going up faster in recent months compared to food and beverage items in recent months, according to the Nepal Rastra Bank (NRB).

Statistics prepared by the NRB shows an opposite trend in inflation of food and beverage and non-food and service groups in the current fiscal year – FY2018/19 compared to FY2017/18.

CPI, an index that tracks the overall price level of market basket of consumer goods and services purchased by households, rose by 4.2 percent in mid-November last year compared to 3.9 percent in the same period of the previous year.

On the other hand, the non-food and service inflation has outpaced the overall inflation rate. As of mid-November, the non-food and service inflation jumped to 6.4 percent in the fifth month of the current fiscal year compared to 5.1 percent of the same period of the last fiscal year. Interestingly, the prices of vegetables, pulses and legumes, sugar and sugar products fell by 14.3 percent, 7.6 percent and 8.7 percent in mid-November last year.

However, the inflation of transportation, furnishing and household equipment, and housing and utilities rose significantly in the review period. Their prices rose by 8.4 percent, 6.1 percent and 8.7 percent, respectively.

Observers say that the prices of food items have gone down drastically in line with slump of their prices in the international market.

“If you see food prices in the international market, they have remained at a lower side. India's food inflation has been catching that trend. The non-food inflation is synchronized with India's price movement,” said Nara Bahadur Thapa, an executive director at the NRB.

“However, house rent, cloths and household equipment have become costlier in recent months which are driving up the non-food and service inflation,” Thapa, who led the Research Department of the NRB for over four years, added.

Meanwhile, Ministry of Finance on Monday said that inflation moderated to 3.7 percent in the fifth month of the current fiscal year.

Nepse inches up 4.97 points, while daily turnover amount dips to Rs 1.76 billion on Wednesday
55 minutes ago