Nominations for phase I polls concluded in Gorkha 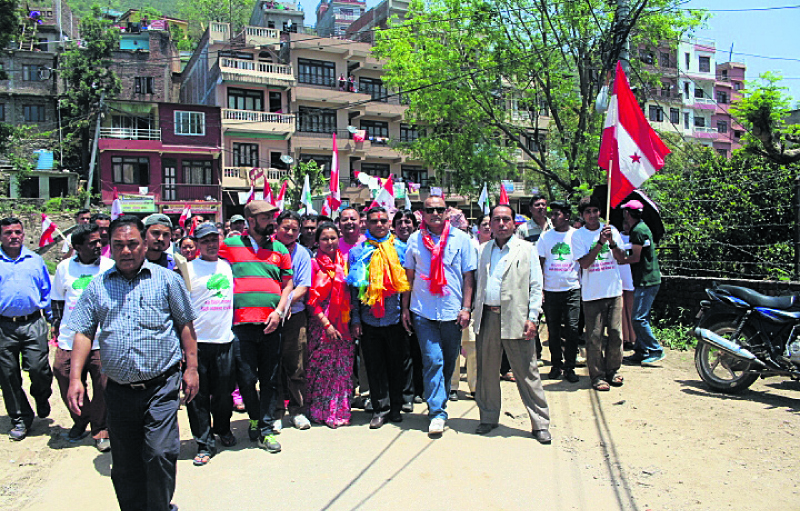 GORKHA, May 3: Candidates from different political parties in Gorkha district filed their nominations on Tuesday for the first phase of local elections slated for May 14.

In Gorkha municipality -6, Bhai Chandra Shrestha has forwarded his candidacy for the post of ward chairperson.  Likewise, Dipak Babu Kandel of NC, Juddha Bilas Bhandari of CPN-UML, Bibash Chintan of Maoist Center, Rajan Devkota of RPP and Ashok Devkota of Naya Shakti registered their candidacy for the post of mayor in Palungtar Municipality whereas, Chet Kumari Shrestha of NC, Radhika Kandel of CPN-UML, Pampha Basel of Maoist Center, Radhika Kumal of RPP and Devi Giri of Naya Shakti are the candidates for deputy mayor.

In Gorkha, there are two municipalities and 11 rural municipalities which consist of 94 wards altogether.  As many as 171,442 voters are expected to participate in the local elections in Gorkha.

KATHMANDU, Oct 22: The registration of nomination of aspiring candidates for the first phase of elections for federal parliament and... Read More...

KATHMANDU, May 29:  The government has rescheduled the date for the second phase of local level elections on June 23. Read More...

UDMF for polls in a single phase

KATHMANDU, April 7: United Democratic Madhesi Front (UDMF) leaders stressed that the local elections should be held across the country the... Read More...