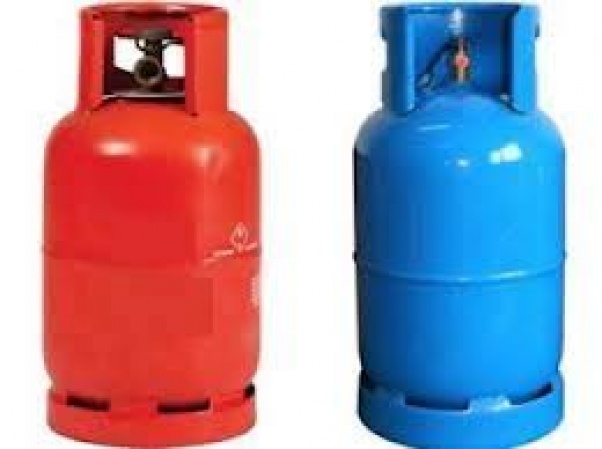 KATHMANDU, July 18: The Nepal Oil Corporation's (NOC) plans to distribute color-coded liquefied petroleum gas (LPG) cylinders in the market has apparently failed as it has seen discontinuation for the second time.

The color-coded cylinders (red for household and blue for commercial use) were introduced by the NOC in 2013 when the state-owned fuel monopoly was making losses. The plan was revived in 2018 as the NOC was still making losses. "The industrial sector was consuming LPG at a cheaper price," a NOC official told Republica asking anonymity as he was not authorized to talk to the media. "So we had introduced the color-code, aiming to price differently for households and commercial users."

The NOC wanted to provide subsidy to students and lower income population on LPG--the common cooking gas. But in lack of proper monitoring mechanism, the risk of leakage was high.

"Without a proper monitoring system, there was a risk of artificial shortage of LPG in the market," the official said.

The cylinders contained the same amount of LPG but were different in price and color. The government had issued a notice in the gazette about its implementation.

With the increasing demand of petroleum products in the country, the NOC had planned to sell LPG cylinders to commercial users without having to bear losses. But the corporation's mechanism was not effective enough to implement it properly.

Experts say the regulation of the color-coded cylinders is challenging, and only the countries having integrated smart technologies have effectively implemented it. Data is an important part of the system, and without proper system to keep track, the NOC is not able to operate it.

"With LPG traders in every nook and corner of the country, monitoring is not possible with the existing human resource of the NOC," the NOC official said.

"Color-code should not be the sole tool for such measure," he said. "It could be more manageable if cylinders were weighed differently: 14.2 kg for households, 19 kg for commercial use, and 50 kg or more for industrial use."

The automatic pricing mechanism for LPG allows the NOC to make changes in the price of each cylinder by Rs 25, but this is not practiced due to fear of public protests.

The estimated loss for LPG is Rs 23.12 per cylinder. The NOC was bearing losses for three consecutive years, but the situation improved in Fiscal Year 2018/19. “The loss from LPG was covered by profit margins from the sale of petrol and diesel,” the official stated.

KATHMANDU, Sept 11: Nepal Oil Corporation (NOC) has reduced the price of some petroleum products by Rs 2 per liter. ... Read More...

Hearing on petitions against President today
37 minutes ago