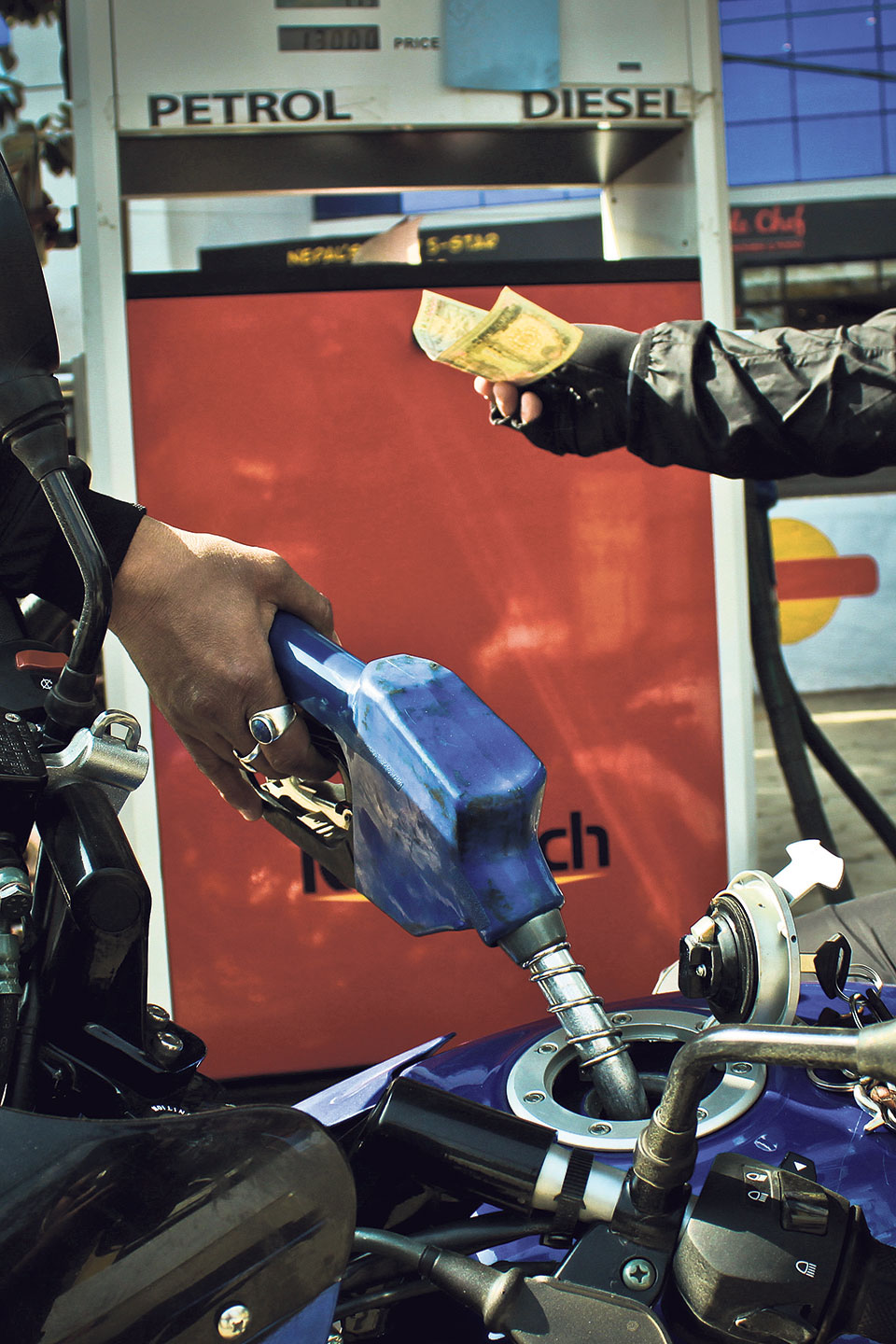 It means that the public is paying additional fee to the state-owned oil monopoly to pay bonus and incentives of its staff.

The NOC started collecting such fee since February 1, 2016, according to Amrit Man Nakarmi, professor and former managing director of the NOC.

The NOC’s balance sheet shows that it earned whopping profits in Fiscal Year 2015/16. It is obviously from the infrastructure development fee that the customers are paying, said Nakarmi.
The NOC has paid loans to the tune of Rs 36 billion from its profit in the last two fiscal years. Majority of such profits -- about Rs 20 billion -- is generated from the infrastructure development fee.

This fee was meant for building the NOC’s storage infrastructure so that it can store oil sufficient for at least 90 days. The current storage capacity is for less than ten days.

“Six percent of the NOC’s profit has gone into employee’s bonus and another 5 percent for rental allowance for employees, making a total of 11 percent bonus for the employees,” said Nakarmi.
Customers are paying 5 rupees per liter of petrol, diesel and kerosene, and Rs 10 per liter of air turbine fuel under the infrastructure development fee. Likewise, they are paying Rs 50 on each LPG cylinder.

The NOC started collecting such fee on its own. Experts say that the government should immediately annul this fee and adjust oil and LPG prices accordingly.

The oil monopoly is already facing corruption scam of Rs 1 billion regarding land purchase for storage facility, which recently made headlines in Nepal. The money that the NOC officials pocketed in the scam also comes from the same fee that the customers have been paying.
“The NOC should not be allowed to charge additional fee on its product, as it is the market monopolist for essential products,” said Bimal Wagle, former government secretary.
Echoing Wagle, Nakarmi said: “The corporation should not be allowed to charge fee from the customers to earn profit.”

Meanwhile, the NOC has also been collecting additional Rs 5 tax per liter of petrol, diesel and ATF from mid-July 2017, for Budhigandaki Hydroelectricity Project. This amount directly goes into the state coffers through as tax.
Both Nakarmi and Wagle said that the NOC should instead build its infrastructure by taking bank loan.

The NOC had taken loan from the Asian Development Bank in 1992 to build the storage facilities in different parts of the country.

NOC Spokesperson Birendra Goit said that the NOC management itself decided to charge the fee and the matter was duly reported to the NOC board led by the secretary of the Ministry of Supplies.

“But NOC has not yet made any profit because all its earning was spent on clearing loans. Therefore the amount will be shown separately in the audit report of the latest fiscal year that ended in mid-July,” claimed Goit.

NOC hikes price of LPG by Rs 25 per cylinder

Women's rights only on paper, law-enforcement limited to cities
2 minutes ago

Seven arrested for trying to rob tourist
24 minutes ago