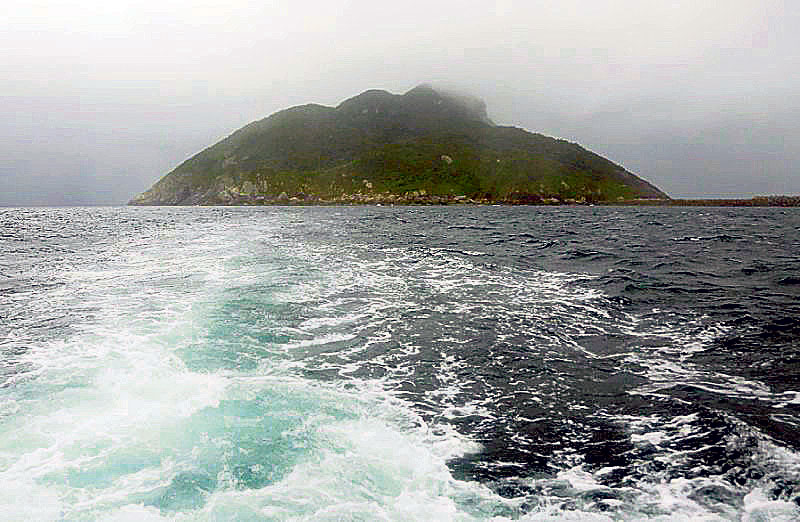 TOKYO, July 15: Visitors will not be allowed to set foot on a men-only UNESCO World Heritage island in Japan from next year, an official said Saturday.

The tiny landmass of Okinoshima, where women are banned and male visitors must bathe naked in the sea before visiting its shrine, was declared a UNESCO World Heritage site last week.

Limited numbers are currently permitted to land on the island in the Sea of Japan (East Sea) -- this year it was 200 -- for a yearly festival that lasts just two hours, but they must adhere to strict rules.
But Munakata Taisha, the shrine which owns Okinoshima, has decided to ban travel for anyone apart from priests from next year to protect the island from being damaged, a spokesman told AFP.
“A strict preservation is required now that the island has got the UNESCO listing,” he said. “It will be risky if 200 visitors continue to come to the island,” he said, adding that Okinoshima is “the island protected by Shinto priests”.

The island is permanently manned by a Shinto priest who prays to the island’s goddess, in a tradition that has been kept up for centuries.

However, academics will be allowed to land on the island for research and preservation purposes, he added.

The island, which sits off the northwest coast of Kyushu, the southernmost of Japan’s four main islands, was an important window for foreign trade in Japan since ancient times, forming part of a route that linked the archipelago to the Korean peninsula and China.

TOKYO, Spet 26:  An earthquake with a preliminary magnitude of 5.7 has rattled Okinawa and other southern Japanese islands, but there... Read More...

Nepal is doomed if the corrupt are allowed to contest elections

SOLUKHUMBU, April 5: Although the climbing season is yet to begin, a substantial rise in the number of trekkers to the... Read More...

India reports daily rise in coronavirus cases of 343,144
21 minutes ago