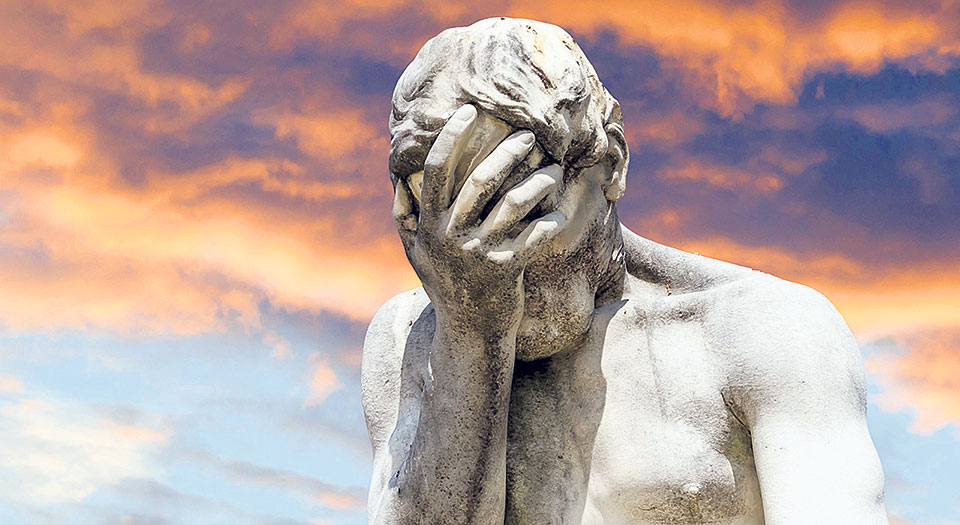 It seems that customers are always wrong in Nepal. I hailed a cab and asked the driver to take me to the airport. It was early in the morning. I was probably his first customer. Our cab drivers rarely use their meters. Our traffic police go after faulty meters and cheating cabbies at least once a year like they go after jaywalkers in the middle of the city.

We seem to have a special month for everything in Nepal. Our government officials go around monitoring shops only during Dashain and Tihar. And even if they get caught, they just pay a fine and open the shutters of their shop ready for business the very next day.

Anyway, the cab driver asked for eight hundred rupees. Needless to say I was upset. It was early in the morning and I thought he would at least quote a reasonable price. I tried to reason with him but our cab drivers don't want any moral science class from their passengers.

They talk about the real world instead where only they are affected by inflation and corruption in this country. It's only our cab drivers who have to pay money for fuel and have to get stuck in a traffic jam in the city and it's hard to make a living for them. I guess we just have it easy than our cab drivers.

Finally, after a minute or two of talking about things that had nothing to do with the fare or where I was going, we both agreed on five hundred rupees. If the guy had turned on the meter then it would probably cost only three hundred rupees to get to the airport from my home. I had two options before agreeing to the cab driver's price:

Either call the police and report him or just look for another cab. I chose to take the 'easy way' out like most Nepalis because we don't want to waste our time. I think we should learn from foreign tourists when it comes to dealing with our cab drivers.  And I didn't want to call the cops because then the cab driver would have to pay a fine and lose his day's income. Yes, we do feel sorry for the crooks as well. We feel sorry for our politicians, government officials and everyone who is engaged in illegal activities that does us no good. When will they feel sorry for us?

I take the cab and head to the domestic airport. My flight has been delayed for another half an hour. I have two options. Go on a rant at the counter staff about how my favorite domestic airlines is ripping all of us off by taking more mountain flights in the morning and pushing all of us later in the day or waiting to fill up passengers like the micro buses do. I have no proof that our domestic airlines do such things but we are Nepalis, we hear stuff everywhere. Or I can just ask them calmly why my flight was delayed.

The airline staff at the counter informed me that the flight was delayed due to some problems at the Pokhara Airport.  Yes, we do have problems at our domestic airports across the country.  Some airports have to deal with monkeys, some with wild boars and angry birds, and some with a lonely dog who just wants to take a nap in the middle of the runway.

I went to the so-called coffee place inside our domestic airport. A sandwich cost three hundred rupees, a small cup of black tea is eighty rupees and you can get an Americano for three hundred and a doughnut for two hundred.

I had two options here again. Either scold the owner of the coffee place for ripping us off or just gently hand her a thousand rupee note and get my Americano, a doughnut and a piece of candy bar that will cost me another five hundred rupees. I understand that shops inside our airports have to pay rent that might be more than the local shops outside. Maybe our government officials should ask the shops inside the airports to stick to a reasonable price that does not hamper their ability to pay the rent and make a decent profit instead of just ripping us off.

Finally, we take off from Kathmandu an hour and half later than the scheduled time. I think our airlines should stop handing out cheap candies that cost less than a rupee and then peanuts and a glass of water a few minutes later. It would be better if all of us got a small bottle of water and a fruit salad instead. Don't be cheap.

We pay thousands of rupees in airfare but our great domestic airlines don't even want to spend more than five rupees on refreshments. How much does twenty-five grams of peanut cost? A 15-rupee mineral water bottle is enough to fill up plastic glasses of more than ten passengers. And the cheap candy costs almost nothing.

Well, it might cost them half a rupee if we factor in the cost of the wrapper as well. What's wrong with me? I might win a Nobel Prize in Economics if I start obsessing this much with market prices in Nepal.

We land at Pokhara Airport. As you breathe in the fresh air and look at the clear blue skies, you tend to forget about whatever happened back in Kathmandu. It’s all in the past. Pokhara is too beautiful to not let it wash over you. But then you head out of the airport and hail a cab and it’s like déjà vu. I’m back to discussing Nepal's economy with the cab driver once again.

In a welcome development, Nepal Rastra Bank’s headline inflation rate in November climbed down to 4.8 percent, the lowest it... Read More...