No power can stop people from electing their representatives: Oli 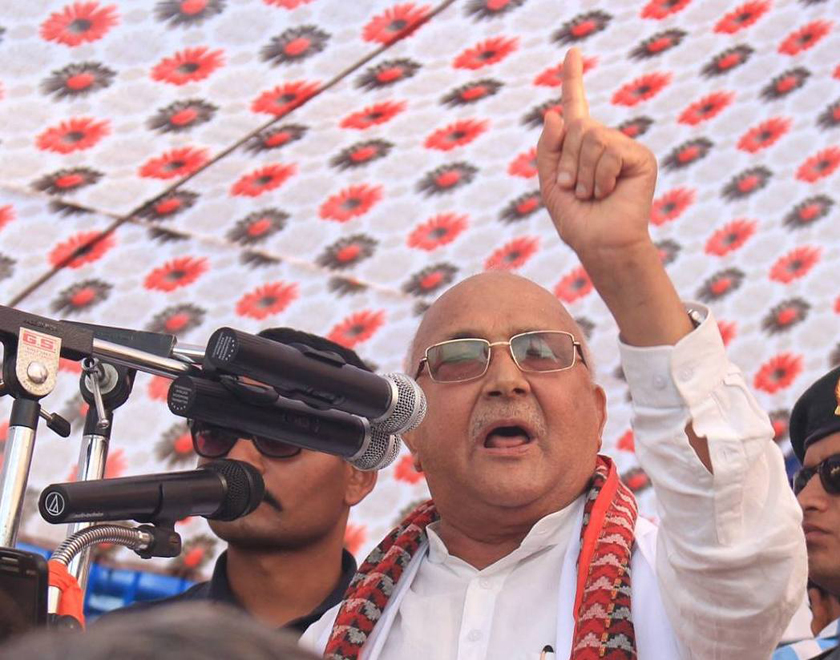 Speaking at a party program in Dang Oli assured the participants that the local polls will take place on the scheduled time despite Rastriya Janata Party Nepal’s announcement to protest against the polls.

Coming hard on the RJPN, Oli said that it took part in the prime minister’s elections but is planning to boycott the local level elections, depriving Madhesi people of their franchise to elect their representatives.

He further warned the government not to postpone the scheduled elections in the name of brining the RJPN on board the election process.

Meanwhile, he claimed that democracy will fullly be ensured once the CPN-UML wins the elections.

BARA, June 28: Ibrahim Miya describes himself as a person who is not much interested in politics but says that he... Read More...

KATHMANDU, August 12: Thousands of people including leaders of newly emerging as well as old but outside-mainstream-politics parties have gathered... Read More...

Merits and demerits of federalism have been greatly exaggerated by their supporters and detractors alike. ... Read More...