No power can save Resham Chaudhary from law: AIG 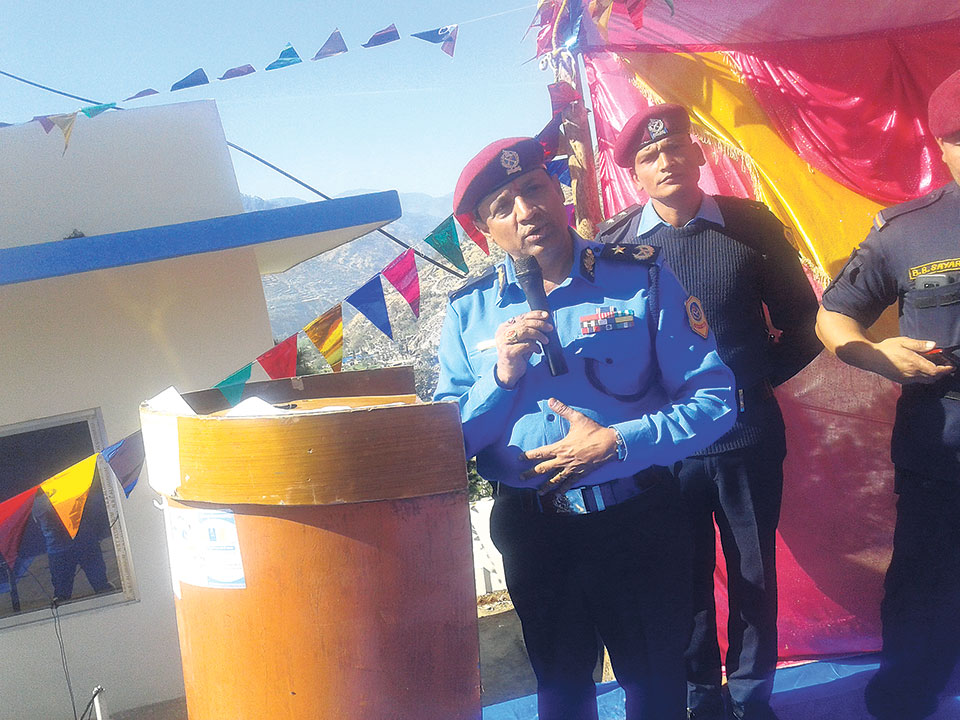 BAJHANG, March 20: Additional Inspector General (AIG) Madhav Prasad Nepal, who is the chief of police in Province 7, stated that no power of the world can save Resham Chaudhary, the alleged mastermind of the 2015 Tikapur massacre, from the law.

Chaudhary is currently under judicial custody on the charge of masterminding the massacre in which seven security personnel including an SSP of Nepal Police and a toddler were brutally lynched during protests in Tikapur of Kailali.

Speaking at an inauguration of the new building of the Women and Children Service Center (WCSC), AIG Nepal stressed that police won’t set Chaudhary free even if they have to go against the government. According to him, Chaudhary cannot be spared for killing those innocent security personnel. Law should treat all equally regardless of their positions or achievements.

“I had reached Tikapur on August 25, a day after the heinous incident. We were successful in nabbing 113 culprits involved in the crime but Chaudhary managed to escape,” said Nepal.  When asked what he will do if the court issued a verdict in Chaudhary’s favor, he said he has faith in the judicial system and the court wouldn’t make a wrong decision.

Chaudhary who contested the 2017 parliamentary elections while still underground got elected to the parliament from Kailali constituency 1. After hiding for months, he surrendered before the District Court, Kailali on February 26.