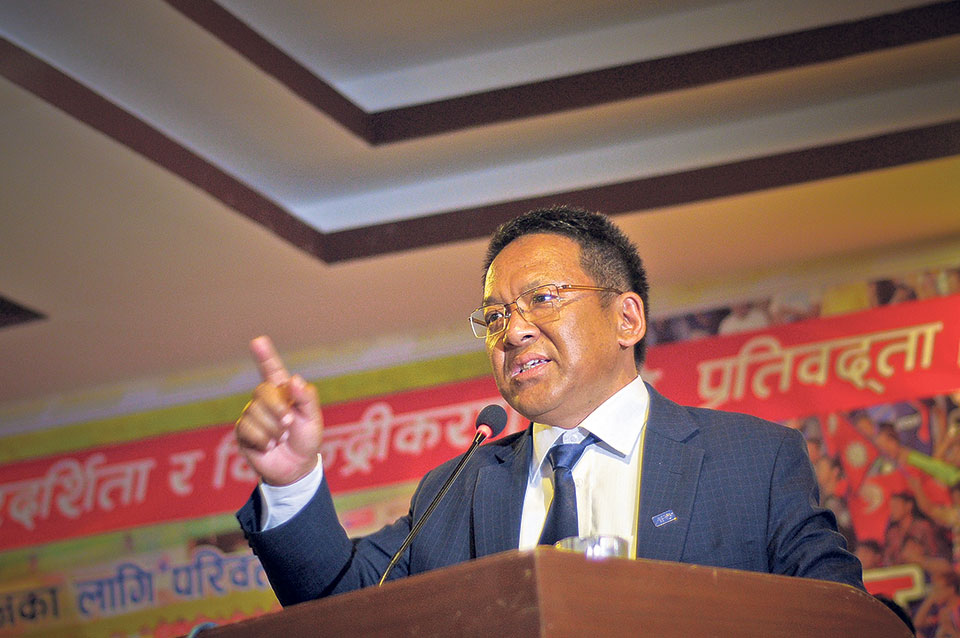 KATHMANDU, March 31: Even though the High Court Patan had issued an interim order to stay the election of All Nepal Football Association (ANFA) slated for March 28, members of the panel led by Karma Chirring Sherpa, a candidate for the presidential post, said that it paved the way for the central elections as process to conduct election in Bhaktapur district chapter has already begun.

Sherpa said that the International Relation Director at AFC Ravin Kumar, who had arrived in Kathmandu to take stock of the situation, directed ANFA to conduct the elections as soon as possible.

Sherpa group’s chief of publicity department Kiran Rai said that FIFA had given ANFA a last chance to avoid the ban.

Hearing on the writ petition filed by Bhaktapur District Football Association president Gautam Sukhaju and Makwanpur District Football Association vice-president Manish Shrestha, the High Court Patan on Thursday had issued an interim order staying the ANFA elections. The court also ordered both sides to appear before the court within 15 days. The duo had filed the petition after ANFA failed to conduct elections of Bhaktapur and Makwanpur district chapters owing to controversy over electoral representatives.

Despite the interim order of the court, the global governing body of football, FIFA and AFC had directed ANFA to conduct its elections on the stipulated time. But, ANFA election committee, saying that it could not conduct elections by disregarding the court’s verdict, had put off the general assembly. Even though the ANFA working committee’s term expired in November, it had fixed the date of March 28 for holding elections, following internal disputes.

Rai further added, “All sides are holding discussions to fix the date for the elections which is being discussed for third week of April. We will have environment conducive for holding the ANFA elections soon.’’

Hours after their first formal dialogue, government and Chand-led CPN hold second round of talks
20 hours ago

'When will it end?': How a changing virus is reshaping scientists’ views on COVID-19
5 hours ago

One in five Chinese Australians report attacks or threats amid pandemic, rising tensions
1 day ago
Rampant exploitation of sand, pebbles and stones in Kaligandaki continues unabated
1 day ago