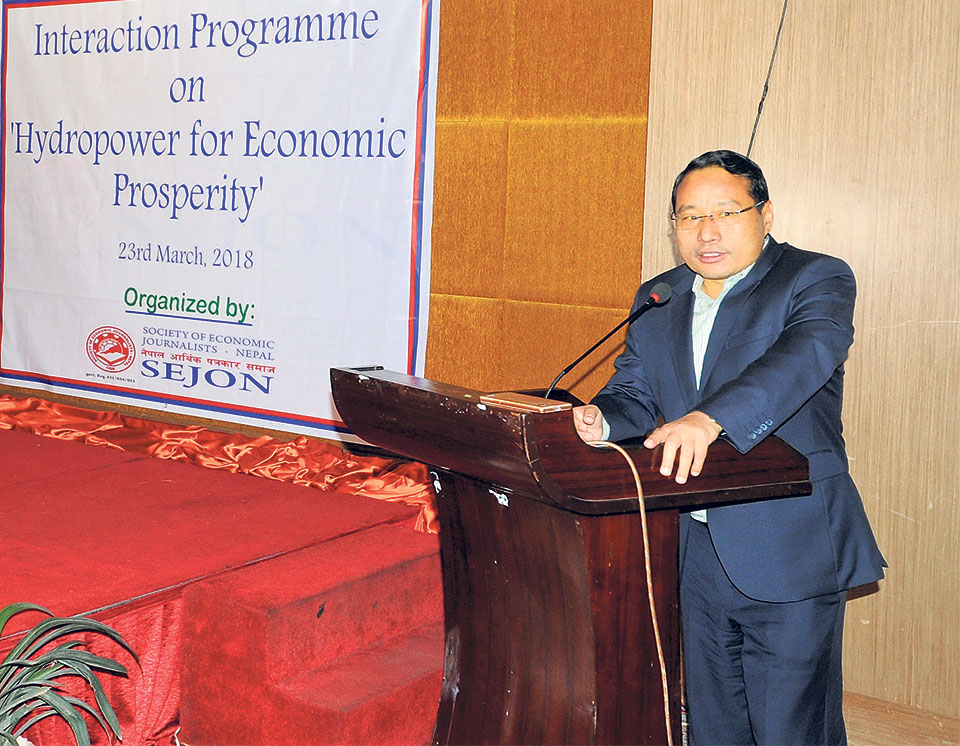 KATHMANDU, March 24: Independent power producers have said that the government should not make any new declaration about the generation of hydro electricity, rather it should focus on implementing earlier commitments.

Speaking at an interaction program entitled ‘Hydropower for Economic Prosperity’, organized by the Society of Economic Journalists Nepal (SEJON) in the capital on Friday, they said that the government should facilitate toward unlocking the bottlenecks in the implementation of the hydropower projects instead of making new and ambitious targets.

“With each new government, there is new target of electricity generation or new announcements,” said Shailendra Guragain, president of Independent Power Producers’ Association, Nepal (IPPAN). “Let’s put all such announcements together and implement them,” he added.

Also speaking at the interaction, Khadga Bahadur Bista, former president of IPPAN, said that the lengthy forest clearance process, red tape, and frequent changes in the government policies have been delaying the hydropower projects.

“Currently, developers have to go from pillar to post to get their work done while implementing the hydro project. The government should come up with a single desk mechanism whereby everything is decided from the same desk and end redundant approval cycles,” he added.

Minister for Energy, Water Resources and Irrigation, Barshanan Pun, said energy was a foundation for the economic prosperity of the country. “We have to achieve a double-digit growth and hydro electricity is the basis for such growth,” he said.  He also vowed to create a market for domestic consumption of electricity.

“We will create the economy that is able to consume electricity internally so that we do not need to look for markets outside,” he added.