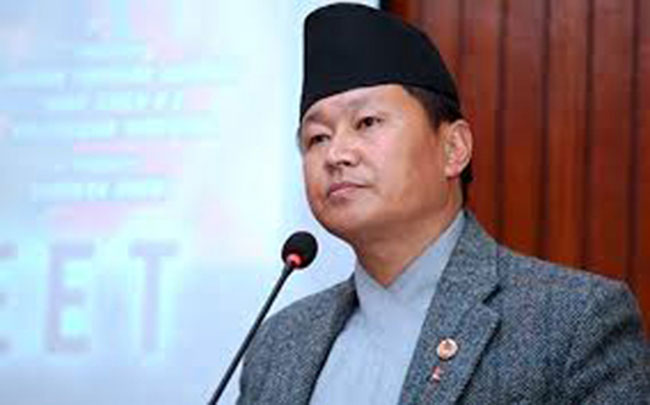 Provincial lawmaker and former minister of the province, Indra Bahadur Aangbo presented the motion, which was seconded by Laxman Tiwari, at a meeting of the provincial assembly on Sunday.

The provincial assembly members close to the Dahal-Nepal faction of the NCP had registered the motion against CM RAi, who belongs to the Oli-led faction of the party, at the assembly secretariat earlier on December 27 last year.

The ruling side, however, had been disrupting the meeting of the assembly in an apparent bid to prevent the rival faction from tabling the no-confidence motion against the chief minister.

CM Rai had sacked provincial Minister for Economic Affairs and Planning, Indra Aangbo after the latter allegedly led a campaign to register a vote of no-confidence motion against him, earlier on December 27 .

The next provincial assembly has been called for March 4 later this year.

KATHMANDU, Feb 20: Chief Minister (CM) of Province 1, Sherdhan Rai has said that the rival faction of the ruling... Read More...

KATHMANDU, Sept 20: Balika Khadka Rai, a cadre of the then CPN-UML, was arrested “for trying to forcibly enter the... Read More...

KMC to implement 'One Ward, One Model School' program
45 minutes ago