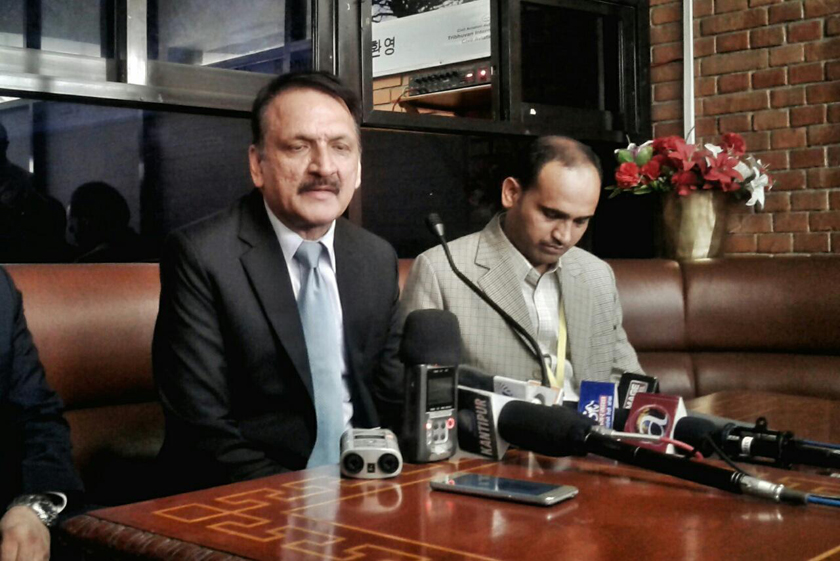 KATHMANDU, March, 22: Minister for Foreign Affairs Dr. Prakash Sharan Mahat has said that no agreements would be reached during the upcoming visit of Prime Minister Pushpa Kamal Dahal to China.

Minister Mahat informed that the government of Nepal was preparing to make bilateral agreement with China. He, however, said that lack of preparation from Chinese side could not finalize the agreement between two countries.

Speaking at the press meet at the Ministry of Foreign Affairs on Wednesday, Minister Mahat said, “We were planning to make agreements on issue of energy, trade, investment and cross border economic corridor.  Both Prime Minister and Foreign Minister of China will be in visit to Australia. So both countries have failed to ink the agreements.”

He dismissed the rumor that the government was reluctant to carry forward the past agreement with China. “We are working out on the issues that will be beneficial to country from China. However, because of the Chinese part, many meetings are either postponed or cancelled.”

In another context, Minister Mahat cleared out that there is no any agenda of signing agreement on One Road One Belt (OBOR) during the visit.

“We are exchanging the views and work-in-progress regarding the OBOR project. Government is still working out on the advantages that Nepal can take through the project.”

PM Dahal will meet President Xi on March 25 for 15 minutes.

PM Dahal is schedule to visit China from March 23 to attend the Boao Forum Summit in Hainan Province, leading the 12-member delegation.  PM Dahal will return on March 29.

Asparagus price reaches Rs 5,000 per kg in local market due to surging demand amid low supply
52 minutes ago