NKorea fires 2 missiles into sea in likely protest of drills 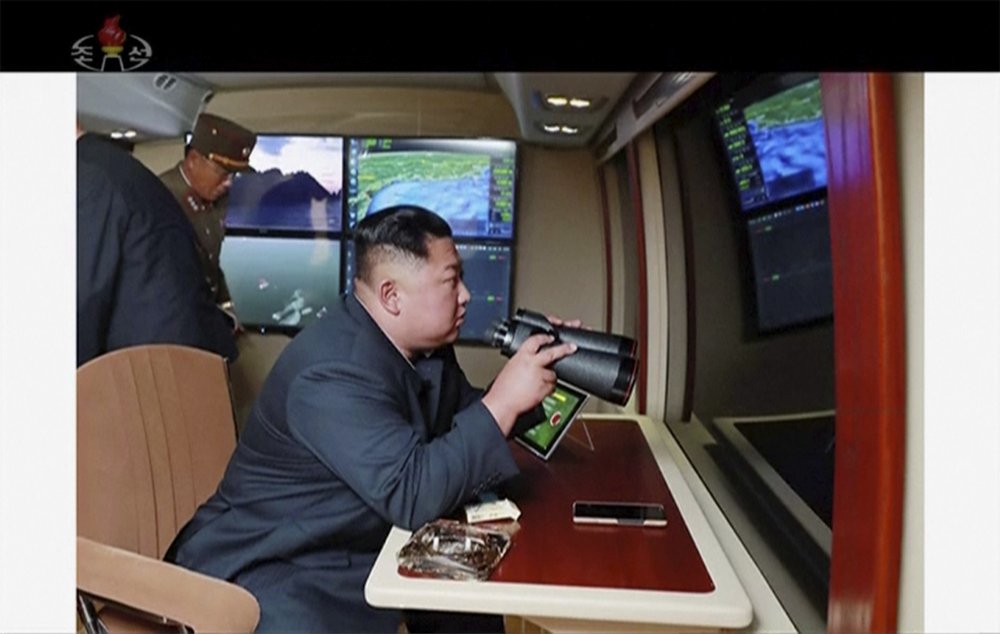 SEOUL, August 10: North Korea on Saturday extended a recent streak of weapons display by firing what appeared to be two short-range ballistic missiles into the sea, according to South Korea’s military.

Its fifth round of launches in less than three weeks was likely another protest at the slow pace of nuclear negotiations with the United States and continuance of U.S.-South Korea joint military exercises the North says are aimed at a northward invasion.

The South’s military alerted reporters to the launches hours after President Donald Trump said he received a “beautiful” three-page letter from North Korean leader Kim Jong Un and predicted that they will have more talks to try resolving the nuclear standoff. Trump reiterated that he was not bothered by the flurry of short-range weapons Kim has launched despite the growing threat they pose to U.S. allies in the region, saying Pyongyang has never broken its pledge to pause nuclear tests.

South Korea’s Joint Chiefs of Staff said the presumed ballistic missiles were fired from the North’s eastern coast and flew about 400 kilometers (248 miles) on an apogee of 48 kilometers (30 miles), before landing in waters between the Korean Peninsula and Japan.

Seoul’s presidential Blue House said the tests were likely aimed at verifying the reliability of the North’s newly developed weapons and also demonstrating displeasure over the allied drills.

The North has unleashed a series of test firings of short-range weapons in recent weeks while saying that the joint military drills between the allies compel it to “develop, test and deploy the powerful physical means essential for national defense.”

The North did not immediately comment on the launches. South Korea has said the weapons tests don’t help efforts to stabilize peace and called for Pyongyang to uphold an inter-Korean agreement reached last year to form a joint military committee to discuss reducing military tensions.

The missile tests come amid stalled talks on the North’s nuclear program. So far, North Korea has stuck by its unilateral suspension of nuclear and long-range missile tests, which came during a diplomatic outreach to Washington last year.

Experts say Trump’s downplaying the North’s launches allowed the country more room to intensify its testing activity while it seeks to build leverage ahead of negotiations, which could possibly resume sometime after the end of the allies’ drills later this month.

Leif-Eric Easley, an expert at Seoul’s Ewha Womans University, said North Korea is also looking to exploit Trump’s preoccupation with getting South Korea to pay more for U.S. troop deployment in the country as well as Seoul’s worsening relations with Tokyo over an escalating trade war that’s spilling over to security issues. South Korea has threatened to end a military intelligence sharing agreement with Japan in what’s seen as an attempt to pressure the United States into mediating the dispute.

“Kim appeals to Trump directly about the exercises, trying to drive a wedge between Washington and Seoul,” Easley said. “Meanwhile, North Korean propaganda supports rising anti-Japan sentiment in South Korea, calculating that a diplomatically isolated Seoul will be more subject to Pyongyang’s coercion.”

The North’s recent tests have dampened the optimism that followed the third and latest meeting between Trump and Kim on June 30 at the inter-Korean border. The leaders agreed to resume working-level nuclear talks, but there have been no known meetings between the two sides since then.