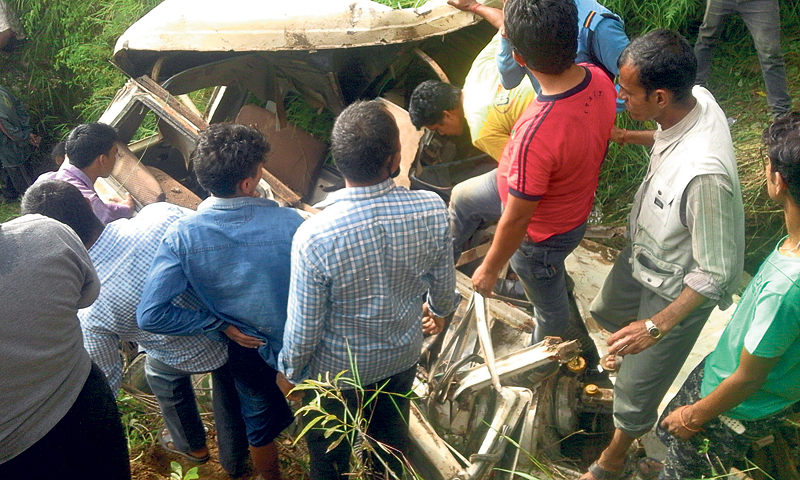 Locals inspect the mangled remains of a jeep that fell 500 meters from the road at Hansapur-5, Ratanmare in Arghakhanchi district on Sunday. Eleven people died and six others were injured in the accident, which a survivor blames on the poor condition of t

ARGHAKHANCHI, Aug 29: Eleven passengers were killed and six others injured when a jeep veered off the road and fell some 500 meters down the hill at Hansapur-5, Ratanmare of Arghakhanchi district on Sunday.

The ill-fated jeep with registration number Lu 1 Ja 4878 heading toward Bandikot of Pyuthan district from Sandhikharka, the district headquarters, met with the accident at around 3 pm in the afternoon, the District Police Office (DPO), Arghakhanchi said.

According to the DPO, nine passengers were killed on the spot and two others died in course of treatment at the district hospital.

Kamala Poudel of Dharapani Arghakhanchi and Shiva Bahadur Kunwar of Phurkot Gulmi died while receiving treatment at the district hospital. Police said that 17 people were travelling in the ill-fated jeep. All the injured passengers were rushed to the district hospital at Sandhikharka after the incident.

The police have arrested the driver of the vehicle. The driver during interrogation claimed that the main reason for the accident was a tire puncture followed by break failure.

The accident site is about 30 kilometers away from the district headquarters.

The driver did not take his suggestion positively and scolded the old man. “It is our vehicle and we are the ones who are always aware of its condition,” the driver told that old man.

But the old man’s warning turned out to be prescient after the vehicle reached Ranatmare.

As soon as he noticed the problem in the vehicle, the driver, instead of controlling the steering, jumped off the vehicle.

As I was seated next to a window, I, too, jumped off the vehicle. I was able to pull out two children.

Their mother was screaming and asking me to save her. But I could not pull her out from the vehicle and she died.

It was a horrible experience for me as I saw people travelling with me just us a few seconds ago die in front of my eyes.

Sadly, the old man who had asked the driver to check the condition of the vehicle also died in the incident.

ARGHAKHANCHI, Oct 23: A person died while eight others sustained injuries in a jeep accident in the district on Monday... Read More...

BESHISAHAR, June 15: Two passengers were killed while 10 others were injured in a jeep accident near Nesyang Rural Municipality-1... Read More... 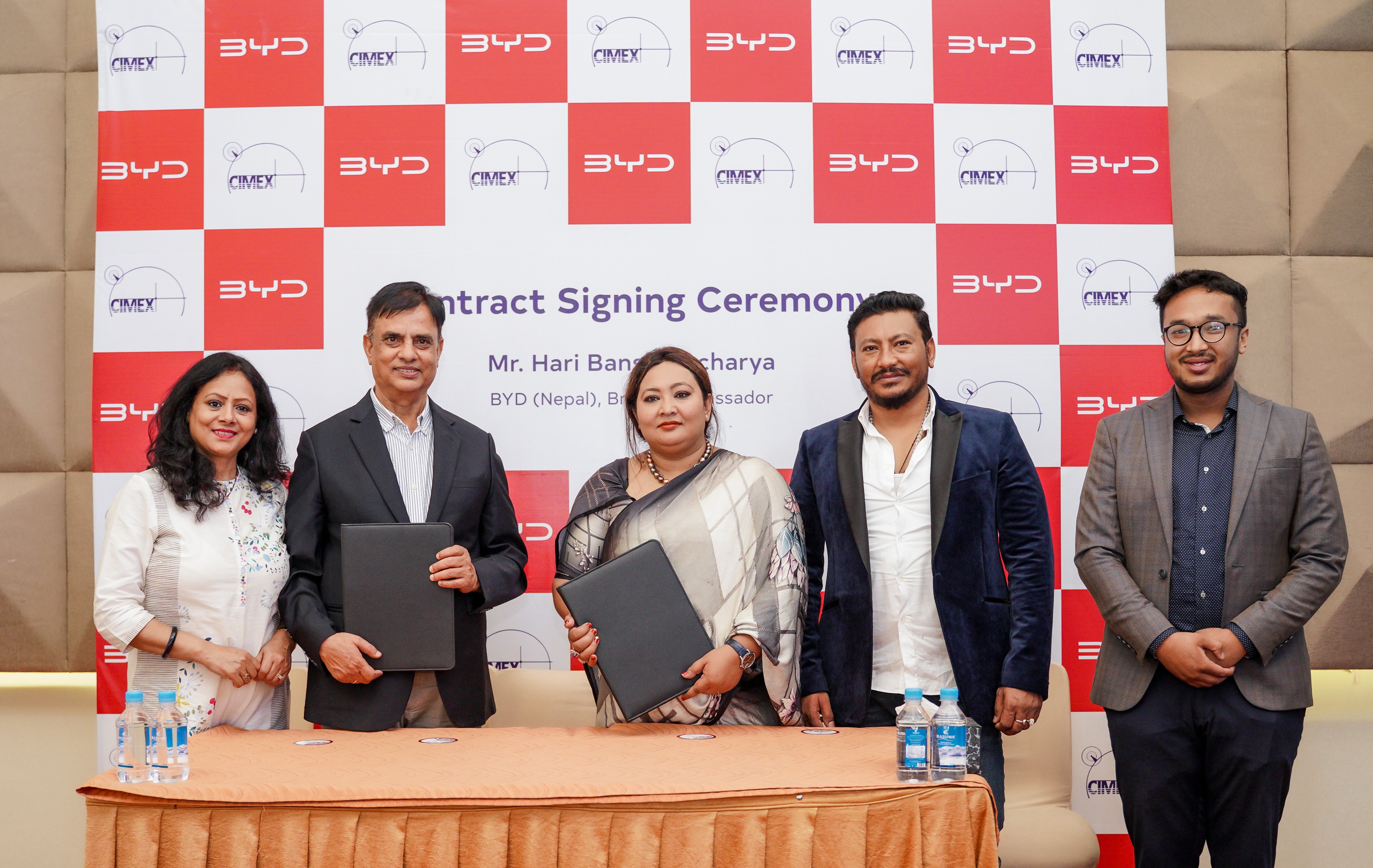