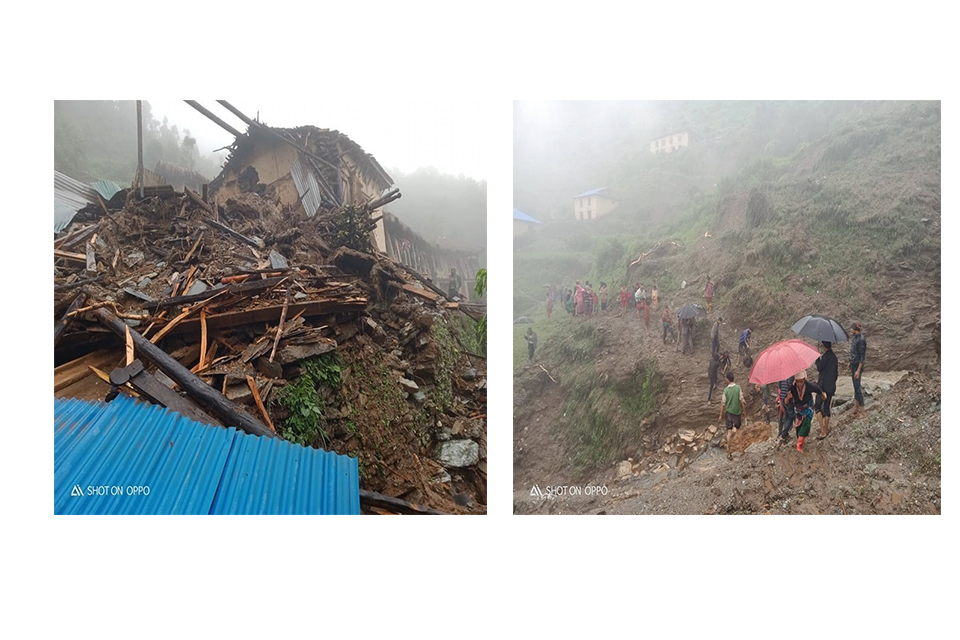 JAJARKOT, July 12: The bodies of nine persons who were buried in landslides in Barkote-4 in Jajarkot district have been recovered, district officials said.

The deceased have been identified as Gopal Sarki, 52, his 11-year-old son Arjun, 14-year-old daughter Tirkha, 20-year-old Dilli, 14-year-old Gauri Sarki of Kushe rural municipality, Kabita Sarki,16, and Birendra Sarki,18. Also the bodies of Kalpana Sarki and six-year-old Subash Sarki were recovered from the site on Saturday.

According to Srijana Basnet, the chairperson of ward no. 4, three people are still missing and a search operation has been expedited to find their whereabouts. Ram Chandra Chalaune and Bigya Bohara of Barkote-6, who were earlier rescued from the swollen river, have been airlifted to Surkhet for further treatment, Basnet informed.

Likewise, Lal Bahadur Nepali of Barkote-4, injured in a landslide, was also airlifted to Surkhet in a Nepali Army helicopter.

As of now, more than 500 families in Barkote have been displaced due to rain-triggered landslides for the past few days. The displaced are taking shelter in local community school buildings. Authorities are working to dispatch relief to the landslide victims. However, Barkote area has yet to be connected by road causing difficulties for the officials to do so.

Dry landslide kills one, injuring four others in Dadeldhura