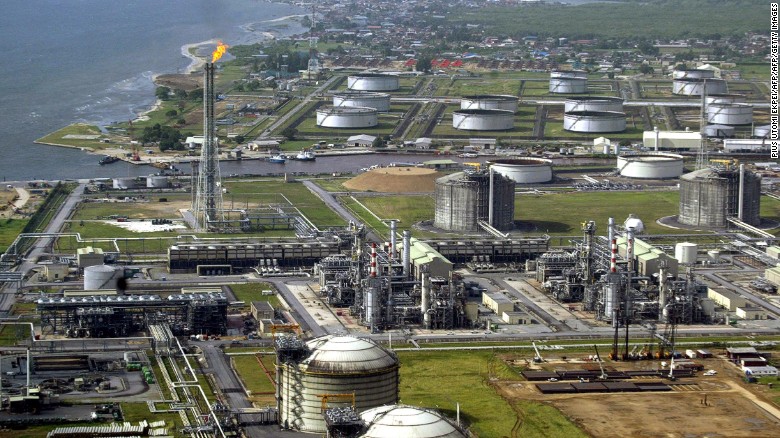 Oil rich Nigeria has seen its fair share of bad news in recent months. The largest economy in Africa has been hit with a fuel shortage, on top of currency problems and terrorism. Photo Courtesy: Agencies

NIGERIA, June 26: Nigeria has overtaken India as the country with the largest number of people living in extreme poverty, with an estimated 87 million Nigerians, or around half of the country's population, thought to be living on less than $1.90 a day.

The findings, based on a projection by the World Poverty Clock and compiled by Brookings Institute, show that more than 643 million people across the world live in extreme poverty, with Africans accounting for about two-thirds of the total number.

In Nigeria, as with other countries on the continent, that figure is projected to rise. "By the end of 2018 in Africa as a whole, there will probably be about 3.2 million more people living in extreme poverty than there are today," the researchers write.

Despite being the largest oil producer in Africa, Nigeria has struggled to translate its resource wealth into rising living standards.

A slump in oil prices and a sharp fall in oil production saw the country's economy slide into recession in 2016.

A recent rise in oil prices has helped to spur the country's economic recovery. Addressing the situation in March this year, the International Monetary Fund (IMF) said that although growth was again beginning to rise, "more needs to be done to reduce unemployment and address poverty."

But while the numbers of Nigerians falling into extreme poverty grows by roughly six people every minute, poverty in India continues to decrease.

At present, an estimated 5.3% of Indians or 71.5 million people, live below the poverty line.

The researchers note that 14 out of 18 countries where poverty is rising are in Africa, adding that if current rates persist, 90% of the world's poorest will be living on the continent by 2030.

Bangladesh and Indonesia are the only other non-African nations to feature among the list of 10 worst affected countries, with an estimated 17 million and 14.2 million people living in extreme poverty, respectively.

Other nations in Africa to feature on the list of 10 worst affected countries, include the Democratic Republic of Congo, with 60 million people; Ethiopia with 23.9 million people; Tanzania with 19.9 million.

Data compiled by the World Poverty Clock was drawn from both household surveys and new projections on country economic growth from the International Monetary Funds' World Economic Outlook.

Researchers noted that between January 1, 2016 and July 2018, the world has seen about 83 million people escape extreme poverty, owing in part to the introduction of internationally agreed UN Sustainable Development Goals, intended to "end poverty" by 2030.

"The task of ending extreme poverty by 2030 is becoming inexorably harder because we are running out of time. We should celebrate our achievements, but increasingly sound the alarm that not enough is being done, especially in Africa," the researchers say.

NEW DELHI, Nov 19: Next time you're at the Taj Mahal, find yourself standing on a precarious cliff or see an... Read More...