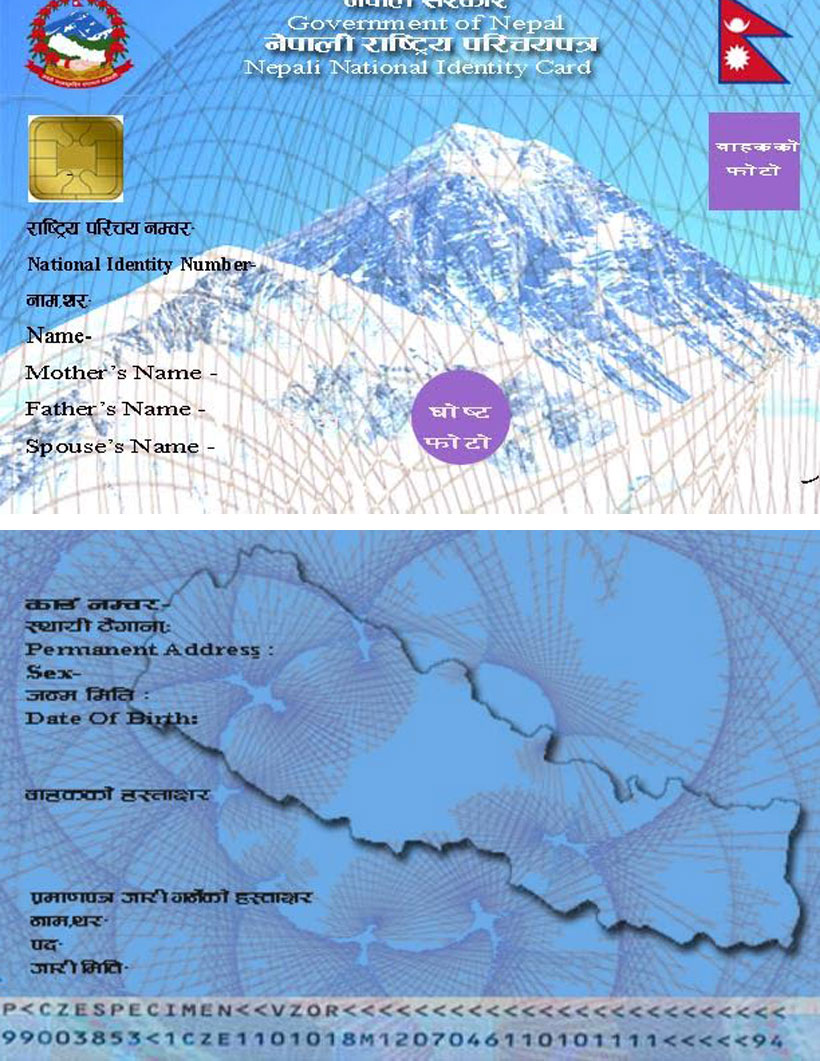 KATHMANDU, Sept 28: Even as National ID Management Center expedites efforts to complete technical and structural set up for issuing biometric ID cards, the center has simultaneously launched consultations with different government and non-government agencies on the significance of biometric identification cards.

As per the government's annual policy, program and the budget, the NID center has been working on a war footing to distribute biometric smart cards starting January of 2018.

“Sensing the need for raising awareness about the significance of new national ID cards, we have started consultations, starting with the Election Commission of Nepal for using the cards for voters' registration or voter identity documents,” Dinesh Bhattarai, the executive director of the center, said.

Generally, people have misconception that the biometric smart cards are only the replacement of the citizenship cards, but that's not true, the Executive Director Bhattarai said, adding that the new national ID card can bring huge changes in administrative service delivery if implemented well.

“We have begun discussions with various agencies for future collaboration and the stakeholders have responded positively,” informed officials of the National ID Management Center.

According to the center, the biometric identification cards can also be used as a smartcard for distributing government services and social security benefits. They can be also used as an electronic authorization, cross-border security documentation and for the delivery of healthcare, welfare services, among others.

“The cards can also be used for tackling crimes as they are exceptionally hard to be forged because of the highly sophisticated security measures,” a technical officer at the center said.

After the system is ready for issuing cards, government will allocate secure key holders to operate the biometric system. In case any encrypted data needs to be unlocked, three key authorities shall have to jointly authorize the procedure.

The system will also be economical as it does not require huge workforce and shuns paper-based system, according to the center.

The card will also address the problem of identity theft and remain very useful for banks as well.

The center started working on the project since August 16 this year.

The establishment and acceptance tests are to be completed in 12 months since it kicked off.

Once the system is fully developed and tested, the center plans to begin issuing the cards to 110,000 citizens of some districts and to 7,000 government staffs deputed within Singhadurbar, the administration center of the country, in the first phase. They have also planned to complete the issuance of the cards to all eligible citizens within five years.

The polycarbonate cards, containing unique and random ID numbers, will contain 25 security features and will have unlimited validity. There'd be no initial charge for obtaining the card, but in case of loss or damage, the government is expected to charge around USD 3, the approximate manufacturing cost of one such card.

Though, the Ministry of Home Affairs had established the center in 2011, the center's works remained suspended following controversies regarding the tender. Safran Identity and Security, Morpho, France had won the bid for the project funded by the Asian Development Bank.

KATHMANDU, Aug 17: The government has geared up its effort to distribute biometric national identity (NID) cards to as many... Read More...

Intraparty Democracy at Stake in Nepal
18 hours ago

National Assembly to meet on January 31
8 hours ago

Crane population on decline with shrinking wetland
9 hours ago