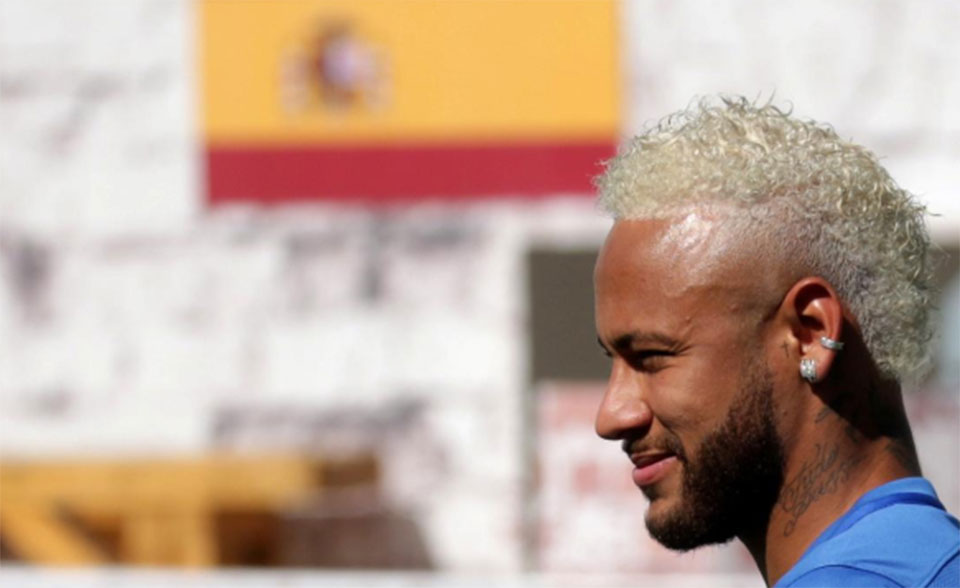 Neymar posted a video featuring himself in a Barcelona shirt on social media on Saturday, raising more speculation that the Paris St Germain forward might return to his former club, but his public relations company said he would show up in Paris on Monday.

The injured Neymar has been in his native Brazil supporting their victory over Peru in the Copa America final, missing pre-season training with PSG.

He joined PSG from Barcelona on a five-year deal for a world-record transfer fee of 222 million euros ($250.17 million)in 2017, but there has been recent talk of him returning to the Spanish club.

The 27-year-old prompted more speculation with a brief Instagram video, showing a black-and-white image of himself in a shirt with the badge of Barcelona and a quote from the Bible, which was widely reproduced on news websites.

The post led to much speculation about his intended message, with French newspaper L’Equipe saying: “Everyone will see in this ambiguous message a hidden announcement by the PSG striker of his return to his old club.”

But his public relations company, in a statement carried on Brazilian websites, said, “After these events he will show up normally on July 15 as PSG had been informed weeks ago.”

Barcelona president Josep Maria Bartomeu earlier this month confirmed reports that Neymar wanted to leave Parc des Princes, while admitting the Ligue 1 champions did not want to sell him, according to media reports.

PSG responded by saying they would sanction the Brazilian for missing the start of pre-season training last Monday, even though the player’s father said Neymar’s delayed return had been agreed in advance so he could be present for Brazil’s victory in the Copa America.

Neymar’s video also contained a Biblical passage in Portuguese, from the Book of Isaiah, that was apparently aimed at his critics.

Neymar and Barca meet again, this time in court

BARCELONA, Sept 27: Barcelona spent much of the summer trying to bring Neymar back to the club two years after... Read More...

PARIS, Aug 7: With or without Neymar, Paris St Germain look set to continue their Ligue 1 dominance for another... Read More...

US DV 2022 results published
5 hours ago

Corona-infected lawmakers, too, can cast their votes as PM Oli seeks vote of confidence in parliament tomorrow
29 minutes ago