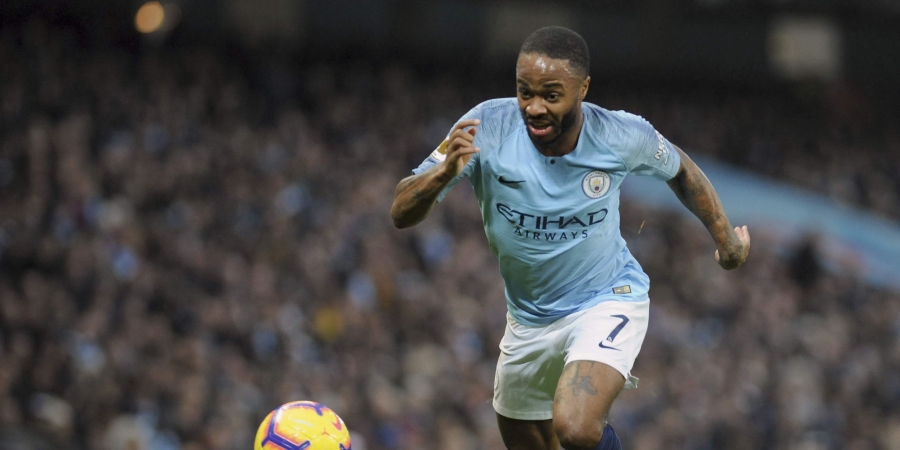 The 24-year-old made the comments in an Instagram post on Sunday, a day after he faced alleged racist abuse from a supporter during City’s 2-0 Premier League defeat by Chelsea at Stamford Bridge.

The headline referring to Adarabioyo, who is black, focuses on how he spent 2.25 million pounds ($2.86 million) on a house “despite having never started a Premier League match” while that on Foden says he bought a 2 million pound home “for his mum”.

“You have two players starting out their careers - both play for the same team, both have done the right thing, which is buy a new house for their mothers who have put in a lot of time and love into helping them get where they are,” Sterling wrote.

“I think this is unacceptable, both innocent, have not done a thing wrong but just by the way it has been worded, this young black kid is looked at in a bad light, which helps fuel racism and aggressive behaviour.”

Addressing the alleged abuse he received at Stamford Bridge, Sterling said that he “had to laugh” when he heard the remarks because he expects no better.

Last December, a man was jailed for 16 weeks for racially aggravated common assault on Sterling.

No arrests were made after Saturday’s league game but the Metropolitan Police and Chelsea said they would review footage to determine whether any racist abuse took place.

Anti-discrimination group Kick it Out said soccer’s leaders could not stay silent on racism.

“Where’s (Premier League chief executive) Richard Scudamore, where is (FA chairman) Greg Clarke, where is Chelsea’s chairman (Bruce Buck) — they should have been talking out last night and it has to be dealt with at the top,” the group’s chairman Herman Ouseley said in a statement.

“We do not have any leadership at the top of the game to speak out, they just rely on Kick it Out.”

The English Football Association condemned the incident on Sunday and called for witnesses to come forward.

“We take allegations of discrimination extremely seriously and will work with the clubs and the relevant authorities to ensure this matter is dealt with appropriately,” the FA said.

City suffered their first defeat of the season on Saturday and they dropped to second in the standings behind Liverpool.

(Reuters) - Chelsea manager Frank Lampard spoke up for Antonio Rudiger on Tuesday after the defender was criticised by Tottenham... Read More...

We urge India to accept the truth: FM Gyawali
21 hours ago

With 72 new cases, Nepal’s COVID-19 tally spikes to 675
6 hours ago
Nepali Congress stands for suspension of funds to parliamentarians
7 hours ago
Patient dies at COVID-19 ward of Bharatpur Hospital, swab samples collected for test
7 hours ago