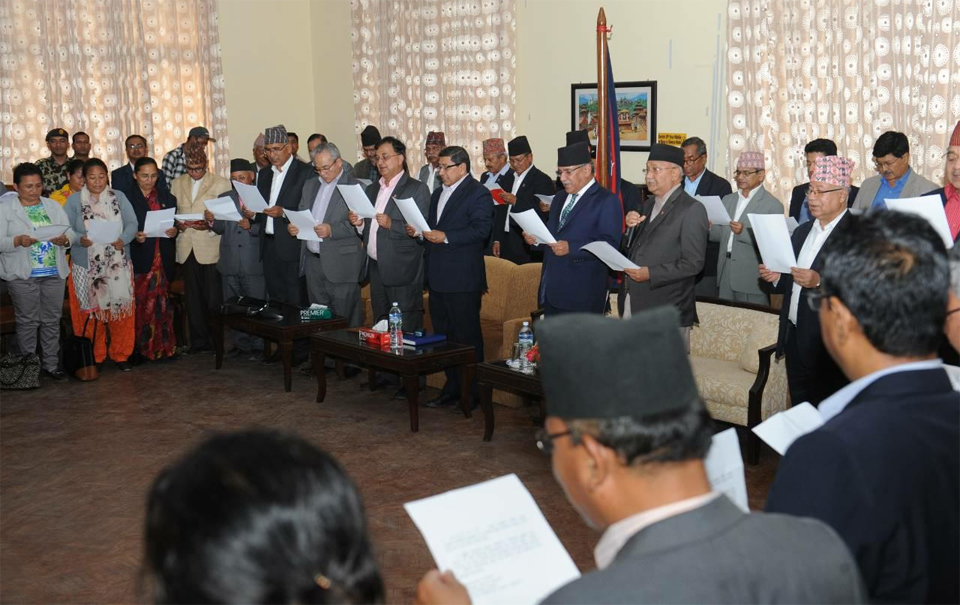 The CPN-UML and CPN (Maoist Center) had formed a Central Committee consisting of nine members through the meeting of Unification Coordination Committee in the afternoon.

The joint meeting of the unified party is underway at Baluwatar. Upon completion of the meeting, leaders will attend the unification announcement program organized on the occasion of Madan-Aashrit Memorandum Day at Rastriya Sabha Griha.

Two separate meetings of both UML and MC had dissolved their respective parties on Thursday itself.

NAC to revise its 10-year business plan
11 minutes ago