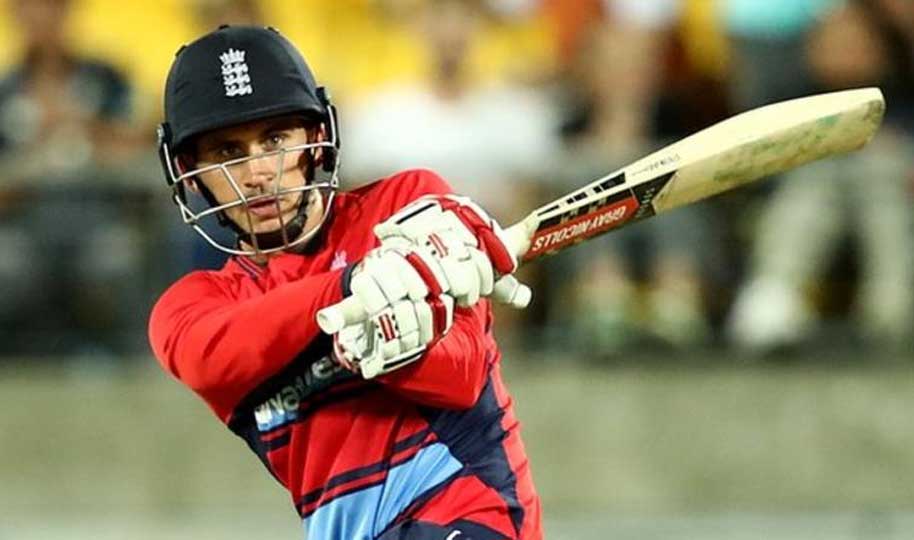 Hales scored 47 off 24 balls, including three sixes, but it proved in vain. (Photo: BBC Sports)

Newzealand, Feb 13: England suffered a third Twenty20 defeat in a row as they were beaten by New Zealand in the tri-series which also involves Australia.

Alex Hales (47) got England off to a quick start but they lost James Vince, Jos Buttler and Sam Billings cheaply.

The defeat leaves England, who had lost twice to Australia going into this match, with zero points and they have one match left against New Zealand on Sunday, 25 February.

This win over England puts the Kiwis on two points and they have games against Australia, who beat them in the opening game of the competition and England remaining.

Jos Buttler was England captain, with Eoin Morgan still sidelined by injury, and he put the Kiwis into bat because of the uncertain nature of the drop-in pitch at the Westpac Stadium in Wellington.

The pitch did not misbehave as feared and, despite losing Colin Munro early on, Guptill and Williamson started to attack for the hosts.

Williamson's place at number three had been questioned following a 2-1 T20 series loss to Pakistan last month and the heavy defeat by Australia in their tri-series opener.

He escaped an early scare when he went for a quick single to get off the mark and would have been out if Mark Wood had hit the stumps from close range.

But, after that, Williamson responded emphatically with four sixes and four boundaries in a 46-ball 72 as he and Guptill, who made 65 from 40 balls, laid the foundation for a big Kiwi score.

England's bowlers, especially Wood, were proving expensive, but spinner Adil Rashid took the wickets of Guptill and Colin de Grandhomme in successive deliveries to stem the flow of runs.

Pace bowler Chris Jordan also removed Williamson in an 18th over in which he conceded only three runs.

But Kiwi debutants Mark Chapman (20) and wicketkeeper Tim Seifert (14 not out), who hit two sixes in a row off Jordan in the final over, produced a flourish to get their side to 196-5.