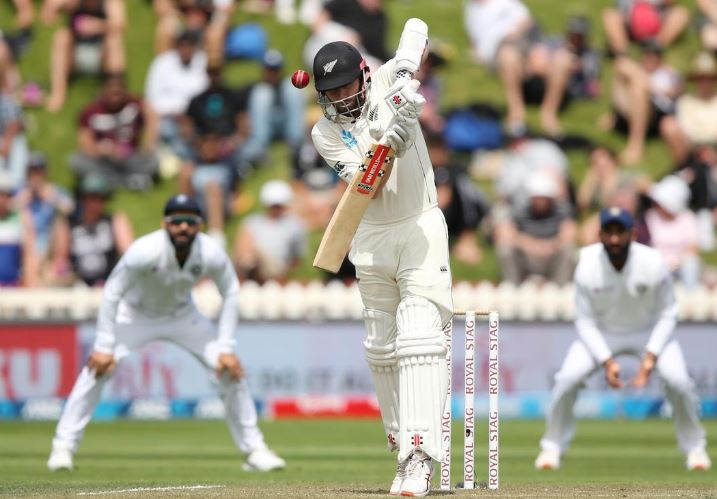 WELLINGTON, Feb 22: Captain Kane Williamson and Ross Taylor combined to put New Zealand in a strong position in the first test before India struck back late on Saturday to remove both just as their partnership threatened to take the match away from the tourists.

New Zealand were 216-5 and with a lead of 51 runs at the end of the second day’s play at the Basin Reserve with the failing light forcing the players off.

Play had been extended by half an hour past the 7 p.m. (0600 GMT) finishing time, itself a 30-minute extension on the playing conditions, with Colin de Grandhomme on four and BJ Watling 14 not out.

India had been dismissed for just 165 earlier on Saturday and looked under pressure all day but it could have been much worse had they not removed Taylor and Williamson, who were looking ominous, in quick succession.

The pair combined for 93 runs and had given New Zealand a first innings lead before Ishant Sharma broke the partnership.

The pace bowler got a delivery to spit off a length and struck Taylor on the hand, with the ball flying to Cheteshwar Pujara at square leg to dismiss him for 44.

Williamson, who had been struck on the hand by a Sharma bouncer on the first ball he faced and received treatment, looked content to see out the rest of the day’s play without any further loss after Taylor’s dismissal.

He advanced to 89 and within sight of his 22nd test century but drove at a wide delivery from Mohammed Shami, was surprised by the slower pace of the ball and caught by substitute fielder Ravindra Jadeja at cover.

Henry Nicholls was then caught by Virat Kohli at slip off Ravichandran Ashwin for 17 in the gloomy conditions.

Tim Southee had run through India’s tail with three wickets after they had resumed on 122-5 after the entire final session of the first day was washed out when heavy rain swept across the ground seconds after the players had taken tea.